Breastfeeding is essential, it is important and in the first six months, it is advisable only to give mother’s milk. Semi-solids can be given after six months. The World Health Organization recommends breastfeeding to be continued till one and a half to two years of age, in addition to the supplementary feeds. But, breastfeeding longer than two years can sometimes lead to tooth decay. What important is oral hygiene. After every feed, the baby’s mouth and teeth should be cleaned, especially after one year of age. In the first few months, it is not required to clean the teeth and tongue, as breast milk itself has self-cleaning properties.

But later on, as the baby starts taking feeds especially sugary foods and puts other things in the mouth, and then it is important to clean the mouth and teeth. Initially, maybe with a soft washcloth and warm water and by the time a baby is about one year to fifteen months, a junior size toothbrush can be introduced or a finger brush can be used. By eighteen months, it is Ok to start using a pea size amount of pediatric toothpaste as it is safe even if it is swallowed and it is usually fluoride free. It is recommended that breastfeeding is stopped at two years as some children develop breast milk addiction and refuse to eat. This interferes with growth and yes tooth decay can be caused by this.

Is Breastfeeding Linked to Tooth Decay

But according to a recent study from researchers at the University of California in San Francisco, breastfeeding an infant for more than 2 years can make tooth decay more likely to occur in their baby teeth.

The study surveyed 458 infants from low-income families in Brazil for over a year at 6, 12 and 38 months old, asking about their diet, including the consumption of breast milk. Results show that 40 percent of the babies that breastfed between 6 and 24 months showed some tooth decay and for the subjects that breastfed longer than two years that number went up to 48 percent.

But the researchers say that breast milk itself isn’t the primary cause of tooth decay. It could be refined sugars from other food, or the physical act of bottle feeding, which causes bacteria fighting saliva to have limited circulation in the infant’s mouth.

Another study recently came out in the UK that said breastfeeding for too long so past the age of two could create some serious tooth decay in children. It was done among a population of low socio-economic families and they were general tooth decay in the children who were both breastfed and bottled.

Streptococcus mutans is a bacteria present in the mouth. Infection through this bacterium can occur through kisses and sharing spoons. Always use a clean spoon and maintain your oral health too.

Does sugar in the breast milk causes tooth decay?

Breast milk does have lactose in it which is a milk sugar. But it isn’t sitting in the mouth pool anywhere near the teeth, it’s going straight on the throat. The milk does drip even when the baby is not actively sucking, even if the baby is just playing. In fact, breast milk has anti-bacterial properties and enzymes and in the laboratory study, milk has been shown to mineralize, artificial demineralized enamel. In alternative words, acting like a tooth repair process by depositing calcium and phosphorus in the enamel.

Some tips to maintain the oral health of the baby:

Read More: Are Baby Teeth as Important as Adult Teeth? 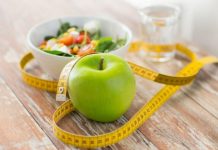 Control Your Diet: How and Why? 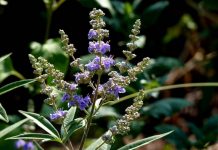 Vitex for Fertility in Women: Benefits and Risks 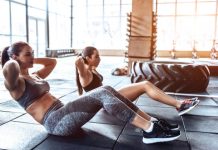 What is Tabata Training? Does it Work?

ABOUT US
We, at ParentingHealthyBabies.com, hold your hands as you progress from the preconception stage to pregnancy, child birth,early child rearing and parenting. Happy Parenting!
Contact us: info@cognatemedia.com
FOLLOW US
© © 2019 Parenting Healthy Babies Information on this website is for education purpose only. Consult a medical practitioner for health problems.
MORE STORIES