During the nine months of pregnancy, there are some amazing transformations that happen to both the mother as well as the baby. The bodies are growing as well as stretching, the organs are developing and things are changing rapidly on a regular basis. Even if the baby comes early, he or she is likely to be born OK with the help of advanced medicines and technology.

Although, the third trimester may be the most uncomfortable one for the woman as she has to keep up with the baby bump, heartburn, eating issues and so much more. But at the end of the day, all these things matter a lot. All these changes occurring in the body are vital and should be taken care of. Listed below are 15 surprising facts about your baby’s third trimester

Third Trimester: 15 Amazing Facts About Babies Will Surprise You

A lot of people are still unaware of the fact that the third trimester is a time when the brain is incredibly active. According to the research, babies go through REM which is a rapid eye movement that happens in sleep during dreams. Although, no one knows what these babies dream about but it is amazing to know that dream cycles develop this earlier.

The babies can open their eyes by the 28th week and can even practice blinking during the third trimester. Moreover, the twins can see each other, hold hands and even touch each other’s faces. Apart from that, babies can also detect the light that is coming out of the womb through the skin. 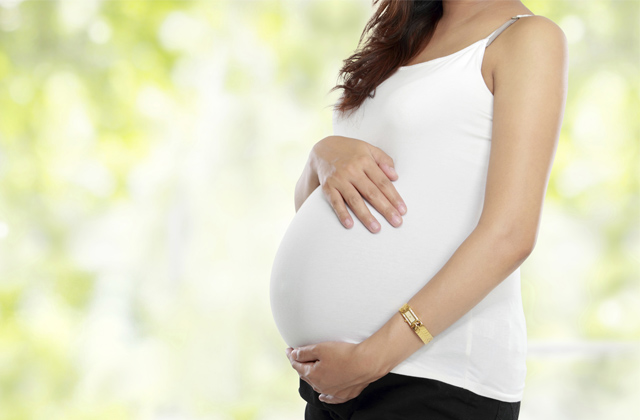 By this time period, a baby can clearly differentiate between the voice of his or her mother or someone else. In fact, some voices also get a better response as compared to the other ones. So, it is a good idea to talk to your baby during the third trimester.

The baby gets bigger by the third trimester and is left with lesser space to move around. So, you will likely be able to feel the kicks and hiccups. The babies are often in motion while they are sleeping, so kick count can be used to know how the baby is doing in the third trimester.

By the third trimester, not only the baby develops the fingers but also the baby’s nails finish forming. The fingernail and toenail begin to form at the end of the first trimester and grow in the second. These are fully formed at about 34 weeks.

As per the studies, babies can identify their mothers by their smell when they are just a few days old. They are also able to detect breastmilk and the sense of smell is fully developed in the third trimester.

The stomach can get extra crowded during this period because of the growing uterus and the mother can thus feel fuller faster. This can also cause intestinal issues and heartburn, which further makes it difficult to eat.

Hormonal issue is not the only thing that woman has to face at this point of time. Now, the bladder is squished underneath the uterus, which is growing every single day. Digestion significantly slows down, which is why some women tend to suffer from constipation.

At about 30 weeks gestation, the hair starts to grow on the baby’s head and also develops eyelashes and eyebrows around week 32. However, the baby will shed part of it’s hair by the birth so the colour of his/her hair will likely to be changed depending on the genetics.

The mucus plug can look different for different women while some of them notice a discharge, others notice something that is either green, white, pink, red or brown. Some women are likely to experience this bloody show only once while other can have it for several days.

A lot of women worry whether they will be able to produce milk, whereas for others, the milk comes in early and can even leak out during the third trimester. This usually happens with woman who have already had a child before.

Pregnant women are expected to weigh more in the third trimester, but not many of them know that they can also gain inches due to swelling. Although, Edema can be a problem for at any point of time during pregnancy but it is most likely to occur during the third trimester.

A waxy coating is formed on the baby’s skin just before the third trimester begins. This looks kind of like a cheese and is a creamy milk colour that covers the skin of hr baby. This helps the baby to stay warm and also acts as a lubricant which will later help the baby to slide out at the time of delivery.

Earlier your visits to the doctor were limited to once or maximum twice in a month. But now that your delivery time is closer so everyone wants that you have a safe delivery. The doctor will keep a close check on the health of the mother and thus, will require her to visit once or even twice in a week.

The baby can gain almost half to a full pound weight by the end of the final weeks. Most of this weight gain is actually fat. Fat is extremely for the baby as it helps in the development of the brain and also provides the body more juice to keep the heat.

Doctors often provide the mother a due date but it is just the expected date and it could also end up a bit late or even a bit earlier. The baby officially completes the full term at 37 weeks but can also come earlier, but there is nothing to panic about this because the baby born at this point will be just as fine. Though, it isn’t the longest trimester but it can be longer than the first one.

Pescatarian Diet During Pregnancy: Benefits and Side Effects