Spitting up is quite normal, but when mucus is coughed and vomited it can be quite disturbing for parents. When mucus or projectile vomit is seen to be a recurring incident, it may cause alarm. The reasons behind it can vary but it is important to figure out the actual reason relevant to the child.

When Does it Occur?
What are the Common Causes of Infant Vomiting Mucus?
How You can Help to Prevent?
When to Worry 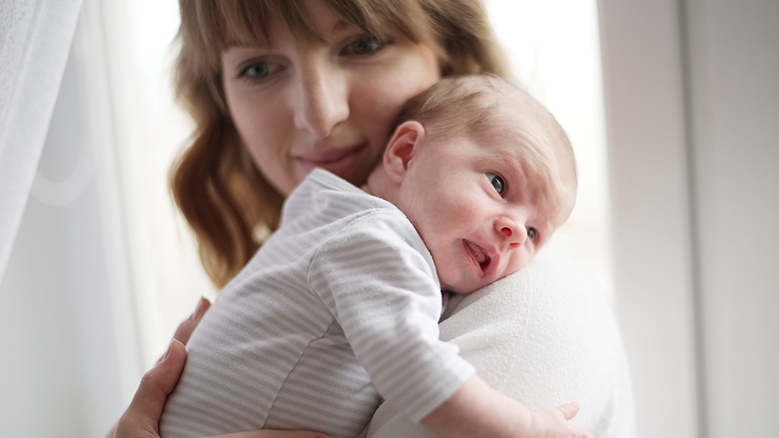 Is It Normal for a Baby to Throw Up Mucus?

Many parents have experienced the baby vomit mucus in their infancy which is not an uncommon thing at all. But if there is a repeated occurrence it may be a cause for worry. The presence of blood in the mucus might even require a doctor to pay closer attention.

When Does it Occur?

A baby vomiting mucus is quite normal to occur. Such a phenomenon usually occurs in babies early on as a result of an immature digestive system in the body. One of the most important parts of the entire tract is the area ranging from the throat to the stomach. This part requires a good amount of time to develop fully and be ready to retain the food within the body. All the spit and the milk that a baby feeds on can easily find its way through the tract back up to the mouth, causing the vomit to be in yellow.

Most babies stop throwing up spit or milk once they begin to sit up straight. While many babies do so after completing around 7-8 months, also there are cases in which the baby have continued to do so even up to a year after their birth.

What are the Common Causes of Infant Vomiting Mucus?

When a baby vomits mucus, there may not be just one reason that has made it happen. However, it is a variety of causes that are responsible. These are –

The Existence of an Illness or Infection

In the early months following the birth the immune system of a child is still developing which makes an easy target for various bacteria and viruses leading to an illness or an infection. Mostly these can affect the respiratory system, causing them to cough extensively, which could lead to intermittent throwing up. Similarly, certain bacteria can affect the digestive system or the intestines, leading to indigestion and diarrhoea which is accompanied by vomiting.

Presence of Pyloric Stenosis in the Child

If the baby tends to vomit forcefully, which ends up emerging out in a projectile form, then there is a strong chance of the baby suffering from pyloric stenosis. Quite a rare condition to come across in most children, it is usually manifested in the weeks following childbirth. A muscle present that connects the intestine to the stomach tends to swell up and become thick, which prevents any food from passing further.

Other Obstructions in the Intestinal Path

While pyloric stenosis occurs due to the presence of a muscular anomaly, there might be other obstructions present in the pathway as well. Sometimes, a section of the bowel might slide towards the other section and form an obstacle in between. Some cases have been seen in which the intestines themselves have twisted up, causing food to remain stuck wherever it is. All these conditions can cause a child to vomit forcefully.

Ingestion of a Poisonous Substance

At a biological level, the act of vomiting is where the body gets rid of itself of an undesirable element within the stomach or digestive system. While undigested food falls in this category as well, vomiting could truly be the result of the baby having swallowed something that is inherently toxic and unhealthy. If any poisonous substance is ingested, certain medicines can even cause the vomiting rather than treat it directly.

Motion sickness is quite a common problem among babies as well as adults. It is usually triggered when the brain seems to observe a dissonance between the visual and aural signals. When the eyes and the body doesn’t seem to experience the same way, motion sickness takes place causing vomiting to take place.

Crying Excessively for a Long Duration

Crying is the only form of communication that babies are aware of and may burst into tears to convey pain, hunger and other things. However, if the baby continues to cry intensely for a long period, it can lead to the gag reflex in the throat to be stimulated and cause the baby coughing heavily or even throwing mucus up as a result of it.

The Existence of an Infection in the Throat or Stomach

There are many illnesses which cause a variety of reactions in a baby, the presence of viruses or bacteria that infect the stomach or the throat have a higher chance of resulting in vomiting. Throat infection usually causes cold and cough, both of which can trigger the gag reflex and lead to vomiting. Any infection of the digestive system can cause the body to repeatedly throw up food, due to the weak capacity of the stomach and intestines.

The Result of an Allergic Reaction

Since vomiting is usually a biological reaction to remove any toxic substance from the body, it is one of the primary results for an allergic reaction as well. Allergy is the response of the body’s immune system to an allergen, which could range from anything such as nuts to milk to fish and so on. Such conditions usually occur if anything new is introduced to a new food type recently.

Presence of a Milk Flow that is Fast

Certain women tend to have nipples that are larger than usual or use bottles that have holes bigger than natural. These can result in a milk flow that is fast and in copious amounts, causing the baby to drink down the milk speedily. The stomach is not prepared for an intake of this much quantity and may react naturally by throwing up.

Presence of Gas in the Stomach

This is rarely because of indigestion and more because of the baby swallowing too much air while feeding. Mothers tend to use a pacifier more often than not or allow a baby to suckle on an empty feeding bottle. This causes them to fill their stomach with air, which can cause reflux and lead to the milk being thrown out.

Feeding a Baby More than Required

The digestive tract of the baby takes quite a good time to fully mature. One of the major points that need to develop is the valve that plays a keep role in keeping the food within the stomach itself. Feeding a lot of milk can put undue pressure on the valve which lead to failure and cause the milk to rise up causing vomiting.

How You can Help to Prevent?

There are many ways to prevent vomiting yellow mucus or milk from happening again. They are –

After feeding the baby, it is common to burp. Make sure to burp the baby after drinking milk, to reduce the risk of throwing up.

Reduce the Flow of Milk

If the baby is bottle fed, make sure that the nipple used on the bottle has a smaller hole than the previous one. This can help in controlling the milk flow and allow the baby to drink. While breastfeeding, squeeze some milk out of the breasts to avoid a large flow and then let the child feed.

Switch a Different Kind of Milk

If the baby is throwing up after drinking cow’s milk, it might be due to lactose intolerance. Therefore, the best way is to switch to soy milk and see if there is any change in the condition.

The baby might have trouble keeping down the amount of milk due to a weak stomach valve. Therefore, try to give limited amount of milk and increase the frequency of feeding sessions. This will keep the nutrition on track and allow him to digest the milk effectively.

Change your Own Diet

The presence of allergic substances in the diet could affect the child as well since they find their own way into the mother’s milk. It vomiting is due to any recent dietary inclusions, try to remove them to see the result. Adjust and manage the diet until to figure out the culprit and plan accordingly.

Vomiting usually occurs as a result of improper feeding and infections. These issues can be corrected easily and vomiting can be reduced to a certain extent. However, some signs in the vomiting are definitely a cause of worry as it can be a complication.

It’s normal for a baby to vomit due to certain reasons which can be prevented easily. But if it is serious make sure to consult the doctor for the cure.

4 Month Sleep Regression: Tips for New Moms to Survive This...