Newborns at the time of birth are delicate to handle. Their body is tiny and very soft, even a firm hand could cause a bruise to their body. Sometimes these bruises resolve soon but in some cases, they remain. This implies that there is something wrong with the baby. This problem is often due to a lack of vitamin K during birth, which puts them at risk for severe bleeding in the brain or intestine. Vitamin K is required for blood clotting and it’s injection after birth removes the bleeding tendency.

All You Need to Know About Vitamin K Shot for Newborns

The Necessity of Vitamin K in Newborns?

Vitamin K is necessary for blood clotting mechanisms in the human body. This mechanism is mainly involved in the prevention of severe hemorrhage or bleeding. During pregnancy or breastfeeding, babies do not get sufficient vitamin K from their mothers. Due to deficient vitamin K in the body, babies develop ‘vitamin K deficiency bleeding’ (VKBD). This disorder is responsible to cause bleeding in the brain which further may lead to brain damage or even death. Such terrible disorders can be prevented in babies by giving extra vitamin K and by the age of six months they build up their supply of vitamin K. 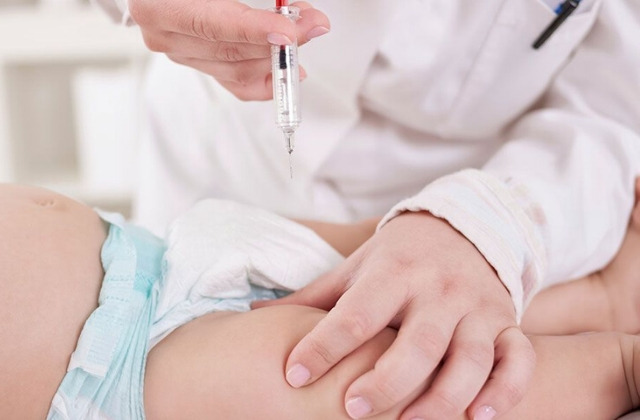 When to Start Vitamin K Shot in Newborns?

As soon as the baby is born, the prophylactic dose should be given to every single infant to prevent the early as well as the late onset of vitamin K deficiency bleeding. Though it is not common it is fatal in most of cases. Premature babies or sick babies should be given vitamin K in injectable form as an oral dose is difficult to be given. In a pregnant woman who had episodes of epilepsy or tuberculosis have higher chances to deliver the baby with vitamin K deficiency.

How to Inject Vitamin K in Newborns?

The easiest way of administration of vitamin k is through injection. One injection is sufficient for four months while when given orally several doses are required to protect as vitamin K is not easily absorbed orally with short-lasting effect. When the oral route is chosen, 3 doses are must :

Can all Newborns have Vitamin K?

It is necessary for all babies to have vitamin K though in premature or sick babies a small dose is sufficient. In below-mentioned condition vitamin K oral dose is not suitable and require doctor’s consultation :

-In premature babies and sick babies injectable vitamin K is done. There are two main reasons behind this: very small doses cannot be given orally and such babies have feeding problems.

– In the case of an unwell baby, injectable vitamin K is recommended.

– If the mother took treatment of epilepsy, blood clots then it is certain that the baby delivered won’t be able to absorb vitamin K by mouth and thus may require injectable vitamin K.

As such no side effect is seen in babies. But researches have proved that injections of vitamin K can cause childhood cancer. Minor side effects such as :

Things to Look After

It is better to visit the doctor if :

Also vitamin K should be stored at room temperature (15C and 30C) and should be protected from light as it is light sensitive.

Drug interaction is also seen and is something to look out for. It blocks the therapeutic action of Warfarin. Warfarin is known to reduce vitamin K. Vitamin K is given in warfarin-induced bleeding but long term use can develop resistance.

Vitamin K is essential for normal baby growth to avoid unnecessary bleeding. It is necessary to consult a doctor if the baby is premature or sick. Vitamin K helps in the formation of blood clots and prevent fatal bleeding disorder such as Vitamin K deficiency bleeding (VKDB)

Benefits of Occupational Therapy for Kids