Normal vaginal bleeding in the form of the menstrual cycle occurs in most of the females in the Homo sapiens species. It is scientifically known as menorrhea, and the process through which menorrhea takes place is known as menstruation. Menstruation is completely normal and is actually indicative of a healthy reproductive system.

However, vaginal bleeding occurs in other situations too and more often than not, these situations as well as this bleeding are not normal. It is abnormal for the vagina to bleed during any time other than a menstrual cycle. More often than not, the causes can be identified and treated accordingly, so it is not that dangerous. However, sometimes the bleeding could be indicative of some serious issue. Therefore, abnormal vaginal bleeding shouldn’t be taken lightly at any cost.

11 Reasons for Vaginal Bleeding After Sex

Vaginal bleeding after sex is more common than imagined. It is scientifically referred to as postcoital bleeding and can happen to women from all age groups, who are sexually active. In this article, we will discuss 11 reasons behind this kind of bleeding.

Postcoital bleeding is often caused by common conditions that we will discuss later in the article. However, in some women, particularly for older women, after they have reached menopause, cervical cancer could be a major reason behind this kind of bleeding. Don’t worry; there is nothing to worry about. If detected early, cervical cancer is definitely treatable. You should definitely pay a visit to your gynecologist, in case this happens.

This is a disease of the reproductive organs of a woman. The bacteria reach through the vagina and cause this infection. A lot of risk factors are there, including having unsafe sex and a history of this disease.

Sexually transmitted diseases or STDs could be another potential reason behind abnormal vaginal bleeding. These diseases are more common than people can actually think. The problem with these diseases is that it is very difficult to detect them, which is why, in women, abnormal vaginal bleeding could be one of the indicators. We are not establishing any fact, but it would be advisable to go to a doctor and get certain tests done because STDs can be very damaging to health.

Vulvovaginitis is the inflammation of the vulva and vagina. It is a common infection and usually happens due to a number of relatively less harmful reasons, like yeast, bacterial infection, parasites etc. It is advised to maintain proper hygiene and consult a doctor in this case.

Polyps are usually non-cancerous growths that are attached to the wall of the uterus. The movement of these polyps can cause small blood vessels in the adjoining tissues to burst, thus causing vaginal bleeding.

This condition is common in women who have reached menopause or had their ovaries removed. This results in low produce of estrogen in the female body. When your body does not produce enough estrogen, your vagina does not lubricate itself enough and as a result of that dryness, bleeding occurs.

Vaginal dryness results from a lot of factors, such as environmental factors, various physical changes or use of certain chemicals in the body. Any form of vaginal dryness can result in bleeding, so it is very important to take care in these matters.

If you have sex without proper lubrication, it could result in the tissues getting torn inside the vagina. This could lead to bleeding. So, ladies, it is extremely important to take proper care while having sex and inform your partner about anything that disturbs you.

If you are a pregnant woman or a lactating mother, then a lot of factors could result in your vagina getting dry, which could result to bleeding. Therefore, it is extremely important to take care during this time.

To conclude, vaginal bleeding, when abnormal, should never be taken lightly because it could be an indicator of other serious health issues. So, if you are experiencing anything of this sort lately, quickly consult a doctor. 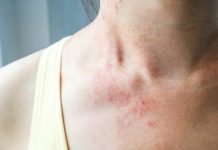 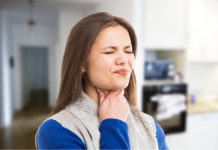 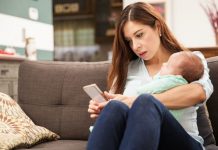 11 Tips to be your Kids Best Friend