There are some differences in the size of natural breasts in every woman and man, but people with tubular breasts may experience more significant differences. The condition can range from mild to severe.

The shape of tubular breasts appears as elongated, be overly ‘droopy’ or have very large or protruding nipples with a larger-than-normal areola (the pigmented skin around the nipple). According to a study published in the paper on current concepts in plastic surgery, many women visit the doctors for breast asymmetry which is actually due to tubular breasts. In some instances, this condition can lead to significant anxiety and stress. 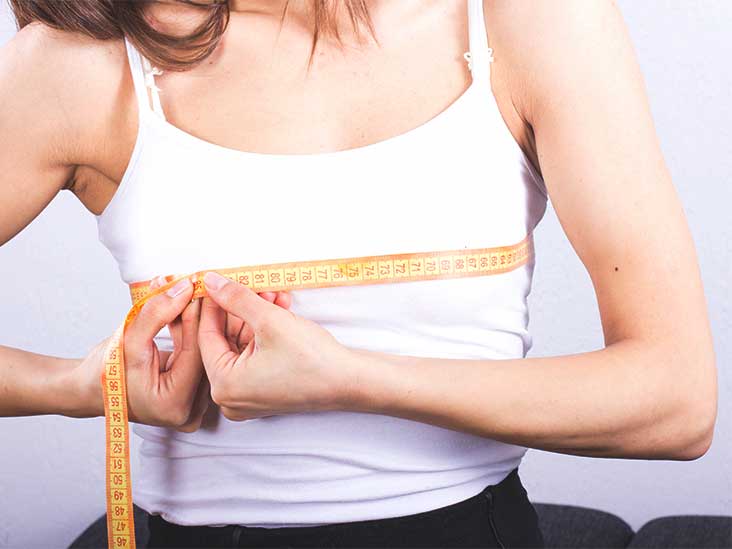 As everyone is aware that breasts can come in all shapes and sizes which is usually determined at the time of puberty. Tubular breasts can be any size and have some general characteristics in common which include –

Doctors Rees and Aston first described tubular breasts in 1976 but researchers still do not know precisely what is the cause. As for now, doctors have not confirmed any genetic link between tubular breasts. If a person’s parent or a close relative has tubular breasts there is no kind of evidence that the person will be at any greater risk of developing this condition. However, a study published in the Canadian Journal of plastic surgery suggested a genetic link when tuberous breasts were introduced in twin brothers. It also suggests that tubular breasts are caused due to an excess of collagen in the fascia and the other connective tissue components inside the breasts which further results in abnormal gland development that changed the breast’s shape.

According to doctors, there is no typical association of tubular breasts with any other breast problems. Although tubular breasts may not cause physical problems it can have damaging effects on a person’s mental health.

When tubular breasts were first described, since 1976, as for now, doctors have developed and improved surgical techniques to improve tubular breasts. Because tubular breasts do not threaten a person’s overall health, many individuals do not seek medical treatment for the condition. However, there are approaches available that can temporarily or permanently correct the appearance of tubular breasts.

Doctors can take a number of approaches to corrective surgery, one such surgical technique includes –

Sometimes, a doctor will also correct the appearance of the areola, reducing its size. Often, a doctor can correct the breast’s appearance in one surgery. However, if any individual has breasts that differ significantly from each other, a doctor may recommend a two-step procedure. In the first procedure, the doctor will place a tissue expander in the chest, the second procedure involves fitting the implants. Any individual considering surgery must be aware of the risks involved which include bleeding, scarring, infection, and risk of further deformities.

There is nothing medically concerning about tubular breasts. Every individual’s breasts are shaped differently and breast appearance varies greatly from individual to individual. If choosing the surgical route, do plenty of research on the doctor. If the doctor has performed similar surgeries or even one that specializes in tubular breast modification.

For some people, tubular breasts can be a source of anxiety and mental discomfort. Although tubular breasts are not dangerous from a physical health point of view an individual may desire surgery to make the breasts appear more symmetrical.

21 Foods That Boost the Immune System