The most common factor that begins to get you extremely curious from the middle stages of your pregnancy to the later stages is that who your baby will look like. As the embryo stated growing after assimilating and retaining half of both the male (XY) and female (XX) chromosomes, it is the greater presence of one type that will determine the sex of the baby. Along with this, it will also add to the looks and body structure of the growing foetus. All these will arise out of those 30,000 genes from the 46 chromosomes that had pooled in to form the foetus! The mix of genes in the chromosomes and the way they are distributed in the baby’s body throughout its development, determines which parent the baby is more likely to resemble.

There are, however, certain ways in you can decode what the baby is growing to look like, from the ultrasound images and 3D or 4D depictions. The best time to decode this is actually right after the baby is born, as you will be able to study the details of the child’s physique. This is why most doctors request their patients not to get too excited and jump to conclusions based on the ultrasound images. The eleven most common developing physical characteristics that help decode the baby’s looks are: 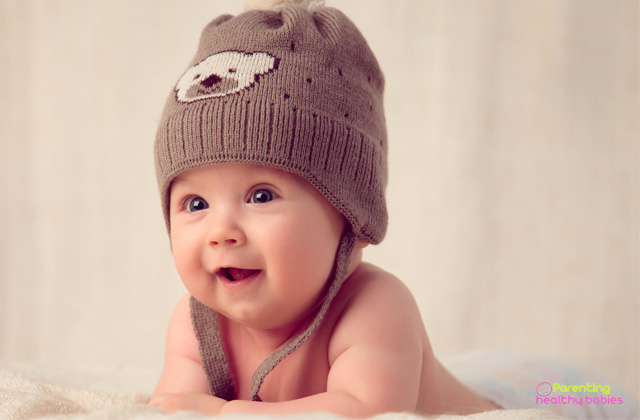 This is also called the ‘body stature’. Take a close look on the screen, at your baby’s bone structure, muscles, and areas of fat deposit. These basic features might seem very bland in terms of understanding the baby’s looks, but if you think it through, it does reveal a lot! For example, if you have a bone structure that is longer, or if your spouse has naturally tones triceps, and if you find any or both of the two features present in the foetus, you know where to look next! You will have a rough idea about the baby’s body structure and hence will definitely what they might look like, when they grow to be toddlers!

Shape of the head

Most children usually inherit the facial shape from one parent slightly more than they do from the other. Check out for the shape of the baby’s head in entirety, for getting a vague idea regarding who they might be beginning to resemble.

Colour of the hair and its texture

Babies tend to inherit their hair colour and texture usually from one particular parent, rather than both the genes being mixed to form a complex third type. Even during the sepia version of your ultrasound screening, you can decode this with much ease, as compared to decoding many other features. It is said that darker hair tends to be more prominent in the gene pool, and is usually passed down through generations. You will probably know whose hair your baby is going to flaunt in future!

Colour of the eyes

Just like hair, it is said that the eyes are another part of the body that usually draws characteristics mainly from one parent. There are, however, many instances in which the child’s eyes are of a colour that results from mixing the two colours – of the mother’s and the father’s eyes. In rare cases, a child might have bi-coloured eyes – a condition in which one eye prominently gets its colour from one gene and the other eye gets it from the other parent. However, there are numerous medically supported debates regarding whether the colour of the eyes are indeed inherited from either parents. So it is best to probably wait for your delivery, before making assumptions.

Do you or your partner, any of you have a dimple on the cheek? If you do, there is a 50% chance that your baby will inherit the same. Dimples are products of a single gene culmination. Hence, this is an easy guess for you!

This is a rare thing that most parent consider while decoding their child’s possible features, as is mentioned in numerous medical archives. Chins are exclusive and their shapes are inherited almost completely from one parent. However, the most important factor to note here is the feature called a ‘cleft chin’, This is a gene that is possible to directly inherit if both the parents possess the features of the same. For example, if only the father has a cleft chin, it does not guarantee anything in terms of the baby being like the former.

This is a generalised observation that most people cling on to, while looking at the ultrasound pictures and videos. By the time you are in the middle stage of pregnancy, the ultrasound test will reveal the sex of the baby. Although there is no guarantee, but you can still try analysing the baby’s looks and features based on its sex. For example, it is very common to say that if it is a boy, it will most probably look like the father. The same is practised regarding females, by associating their looks with their mothers. The best thing, according to doctors, during an unsure moment is to wait for the delivery, after which you can see the baby for yourself!

Freckles on the skin

It is said that freckles on the skin are formed by a gene that is easily inherited from the parents. However, babies are not born with freckled skin. The freckles grow through the formative years. There is still a way for you to determine who your baby is probably about to look like. When your doctor does the regular tests during your ultrasound scanning sessions, lots of features about the foetus are revealed. One of these could possibly be whether the baby has a tendency to develop freckles in its initial growing years. If you are successful in getting this piece of information, you have decoded how you baby is likely to look!

Moles and other patches on the skin

Spotted skin is another feature, like freckles, that can be highly directly hereditary. The colour, darkness, and number of moles are passed through the bloodline from one generation to another. While some babies have moles and pigmented skin at birth, some develop these over the years. If you have a lot of moles and patched skin, it is likely that your child might have the same, depending on the path of gene transmission mentioned to you by the doctor.

Finer features of the limbs

During the ultrasound tests, take closer looks at the fingers, toes, and the joints in the upper and lower limbs of the foetus. Does your baby have a ring finger that is longer that its index finger? If yes, it is most possibly a boy. Most boys tend to have this feature because of the presence of higher levels of testosterone. Apart from that, check the length of the fingers and the limbs. This is highly based on the genetic transmission, and does give you a general idea about the possible appearance of your baby!

Analysing facial features is generally done after birth, although you can view the baby on a 4D screen during the ultrasound after 20 weeks. The eyes, ears, eyelashes, nose, and twitching of the facial muscles can give you an overall idea about who the baby might possible look resemble. This is the most common way of judging due to the visible characteristics along with random guessing with a placebo effect!

When you go for an ultrasound, especially after week 20, try to look out for these features of the baby, on the high-definition screen. At this stage, you can also request a sepia slide show and a 4D screening, to be able to decode the baby’s looks as much as possible. You can ask the doctor for the finer details that might be difficult for you to understand by looking at the screen. Even if you are able to correctly able to decode the approximate features and looks of your baby, there is a lot more left to discover until the baby is delivered. Till then, enjoy the suspense and let everything gradually unravel! Moreover, you can save time now and focus more on your health, postponing the decoding session till after delivery, so that both your partner and you can actively take part in your “baby analysis!”

11 Ways to Predict When your Baby Will Drop