Irrespective of your culture, you must have heard about tomato. A tomato is a food which is rich in various nutrients. It is beneficial for a number of bodily systems. Its nutritional is important for healthful skin, weight loss, and heart health. Inspite of tomatoes being so popular for the right reasons today, around 200 years ago, it was thought that they were poisonous in the United States (U.S.) Maybe this misconception was due to the fact that the plant belongs to the toxic nightshade family.

Tomatoes are now the fourth most popular fresh-market vegetable behind potatoes, lettuce, and onions in the world. Including tomatoes in the diet has been proven to protect you against cancer, maintain blood pressure, and reduce the blood glucose level in people with diabetes. Tomatoes contain key carotenoids such as lutein and lycopene. These help protect the eye against light-induced damage. You can eat more tomatoes by adding them to wraps or sandwiches, sauces, or salsas. Alternatively, you can eat them cooked or stewed, as these preparation methods can boost the availability of key nutrients. Tomatoes are in the top ten fruits and vegetables for containing levels of pesticide residue, so please wash them before eating.

Is Tomato a Fruit or Vegetable?- All You Need to Know 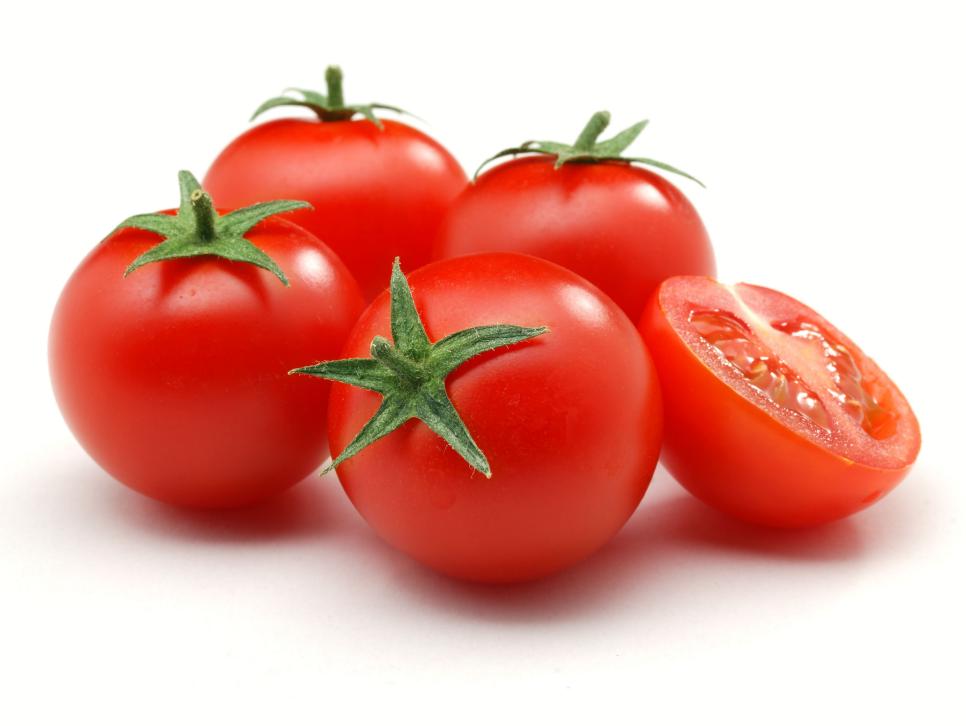 Perhaps no other fruit has stirred a great fruit vs vegetable debate as tomato did.

The explanation lies in the two different ways in which a fruit is defined. Firstly, it is true that tomatoes are fruits from the scientific angle. In botany, a fruit is a seed-bearing structure that develops from the ovary of a flowering plant, whereas vegetables are all other plant parts, such as roots, leaves and stems. By those standards, seedy outgrowths such as apples, squash and out humble tomatoes are all fruits, while roots such as beets, potatoes and turnips, leaves such as spinach, kale and lettuce, and stems such as celery and broccoli are all vegetables.

Vegetables have a different and more complex definition. It refers to a group of a wide range of plants whose parts are edible and herbaceous, like roots, stems, and leaves. A vegetable must be a part of a plant or the whole plant itself, while fruits are just the means by which certain plants spread their seeds.

Fruits are not required to be sweet.  However, in the kitchen, most people would classify the fruits that fall on the savory side, like tomatoes, as vegetables.

Nutritionists recognize the terms as they are commonly used, and tomatoes are listed as a vegetable under certain guidelines.

Even the Supreme Court has weighed in on the issue. In 1893, the high court was forced to rule on whether imported tomatoes should be taxed under the Tariff Act of 1883, which only applied to vegetables and not fruits. Although both sides cited dictionary definitions of the two words, the court sided unanimously with #TeamVegetable.

Read More: The First Vegetables For Your Baby

“Botanically speaking, tomatoes are the fruit of a vine, just as are cucumbers, squashes, beans, and peas,” Gray wrote in the court’s opinion.

“But in the common language of the people … all these are vegetables which are grown in kitchen gardens, and which, whether eaten cooked or raw, are, like potatoes, carrots, parsnips, turnips, beets, cauliflower, cabbage, celery, and lettuce, usually served at dinner in, with, or after the soup, fish, or meats which constitute the principal part of the repast, and not, like fruits generally, as dessert.”

That idea was channeled more than 100 years later in a quote attributed to journalist Miles Kington, who may have settled the debate once and for all:

“Knowledge is knowing that a tomato is a fruit. Wisdom is not putting it in a fruit salad,” he said.

(Source of this excerpt: www.businessinsider.in)

So, to conclude, a tomato is both a fruit as well as a vegetable. There are two major ways to define fruits and vegetables, scientific and culinary methods of identification. From the scientific angle, a tomato is a fruit because it contains seeds and fulfils certain criteria that all fruits have to meet. However, since it isn’t sweet but savoury, in culinary terms, it is classified as a vegetable. In any way, tomatoes are nutritious and delicious. So forget the classification, and just enjoy eating it!

Read More: 21 Food That Are Rich in Vitamin K

151 Marriage Quotes that Will Fill Your Heart With Love