This Emmy award winning episode of Peanuts TV special can be called a quintessential thanksgiving movie. It contains all the thanksgiving essentials and being an animated movie it helps inculcate those essentials in the minds of children. The hilarious attempts of Charlie Brown at football and delicious meals make it enjoyable for dads and moms too. 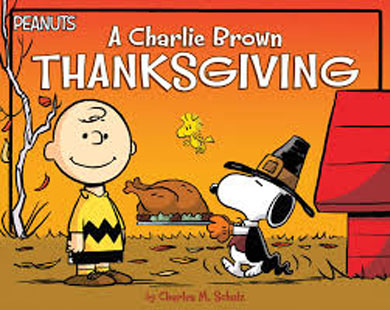 2} Alvin and the Chipmunks: Chipmunk Celebration

The movie sets in at the backdrop of Alvin’s invitation to his friends to see him take part in a thanksgiving play in the community. Things turn sour for him as he does not get the role he asked for. His tune changes and gives rise to a sequence of events that you can enjoy as much as your child. 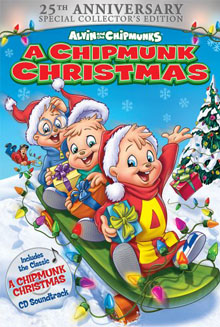 3} Winnie the Pooh’s – Seasons of Giving

Well, thanksgiving is also the season of giving. So this is another that quintessentially summarizes the spirit of thanksgiving. In effect, it is another quintessentially thanksgiving movie that you will like as much as your child will like. The story is set in the backdrop of Memorable Adventures of Winnie the Pooh, piglet and Tigger. As they set on to find the best ingredients for the ensuing winter, Rabbit leans how to prepare a good thanksgiving dinner.

With a mix of sci-fi, this movie may evoke interest in children as well as adults. Reggie, the turkey, has had the wisdom that their flocks are being fattened up by human beings for their consumption as Thanksgiving day comes near. However, he finds that his brethren are happily ignorant about it. Accidentally he meets another bird with a brain who takes him on a journey to the first Thanksgiving Day with the help of a time machine. 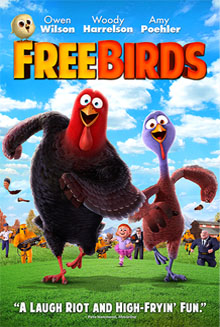 5} Mouse on the Mayflower

This is a classic of 60s and you may argue that the animation is outdated. However, this is one of the best movies solely for entertaining the children while the dinner is under preparation. While you prepare the dinner let them learn bits of the history behind Thanksgiving. 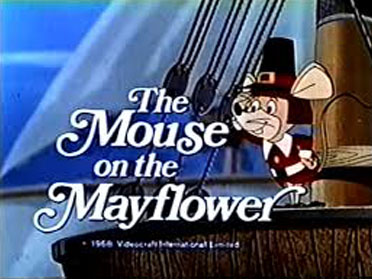 6} Home for the holidays

This is a perfect family drama set for the holidays that your kids can enjoy very well. It stars Holly Hunter as an accursed single mother named Claudia. Claudia returns to her parents’ house at Baltimore to get some rest during the holidays. However, as her luck would have had it, her dysfunctional family offers her little respite. The dramatics of her brother Tommy and the attitude of her sister Joanne stirs up trouble in the household. Over and above her daughter decides to spend the holiday with her boyfriend. It is really a hilarious and sumptuous movie to watch after a sumptuous dinner on thanksgiving. 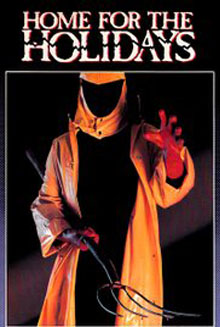 The movie depicts a road trip that the working class Dutch undertakes to pick up the snobby son of his rich girlfriend from preparatory school for thanksgiving holidays. With a bit of poignance this is a hilarious movie that is sure to entertain your kids as well as you. 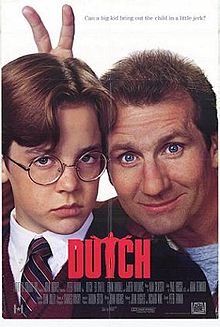 This movie is more about the values of a family through thick and thin. The story is told through the eyes of the patriarch of a immigrant family settled in Baltimore. It is centered around Thanksgiving. Though it is more of a family movie with a bit of poignancy, it is bound to entertain your children as much as it will entertain you all. 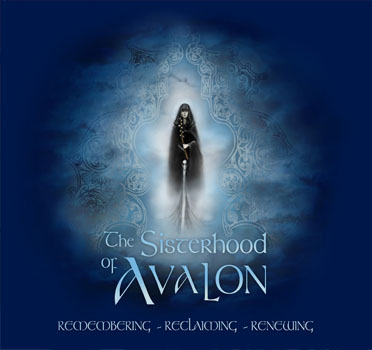 Here you can watch Steve Martin and John Candy in a series of misadventures that end up on the comic side of life. Steve is a marketing executive who meets John Candy, a clumsy curtain ring salesman with an outgoing, ever optimistic and talkative nature. John undertakes a 3-day odyssey in trying to get Steve from New York to his home in Chicago for celebrating thanksgiving with his family. 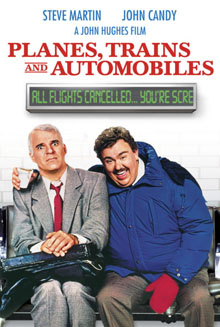 It is a family drama combined with comedy starring Diane Keaton, Rachel McAdams, and Sarah Jessica Parker. The three are childhood friends who had an unexpected reunion in their hometown. Though it is not about thanksgiving, you will find common ground with things that may happen during holidays when three childhood friends reunite. It is a good watch for the whole family including the kids. 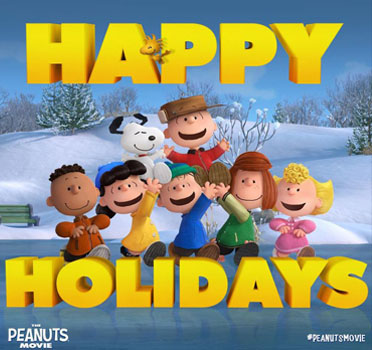 The movie is set against the historical backdrop of settlement of the British people in America and the first Thanksgiving day. The settlers began to set up a colony in a place that was a “new World” for them, but was home to the Native Americans.  Captain John Smith, an English settler was captured by the Native Americans and was brought before the Chief Powhatan, a native leader. The chief would have executed him, but for the intervention of his daughter         Pocahontas. Captain Smith lives among the native Americans as a prisoner and slowly earns respect and friendship of the tribe. The natives send him to Jamestown with the understanding that the English will leave by the following spring. However, Jamestown took shape in the form of the first settlement for the English. The movie has a generous dose of history and is a kind of drama that everybody including your kids will love to watch. It is also a must watch due to its historical perspective. 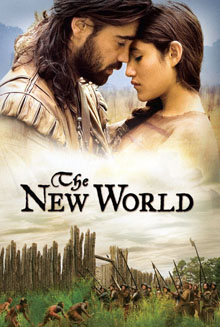 Although this movie is about Christmas, it starts with Macy’s Thanksgiving day parade. So in a sense it pampers the excitement of your kids about the upcoming holiday season, Thanksgiving and the Christmas. 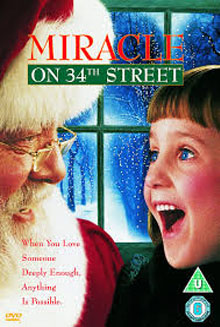 It is a hilarious movie which will literally make your kids roll on the floor. The rivalry between neighbors is depicted in such a comic way that the whole family will love. Nevertheless, apart from the comedy part there is some important lesson for friendship too. 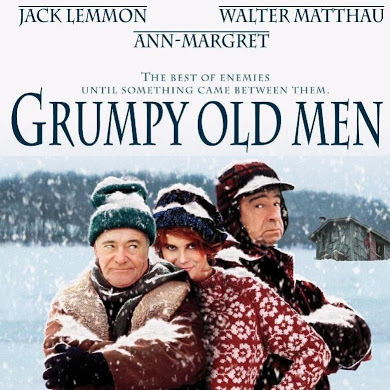 This is about Thanksgiving family reunion of the Snider family. It depicts the trouble that breaks out when Dr. Mitch Snider travels along with his family to meet Woodrow Snider, the hippie cousin of Dr. Snider in Idaho. With a generous dose of comedy this is a good watch for kids during Thanksgiving.

Though it is essentially not a thanksgiving movie, the sport that it features is a very important part of thanksgiving for many people. It depicts the emergence of football as a national obsession. Michael Other, a lineman was drafted into playing for their side by Baltaimore Ravens of NFL. The film is mainly about the shaping up of Other as a coveted football player in college football right from his impoverished upbringing to his adoption by Sean and Leigh Ane Tuhoy. He finally becomes a first round pick of the Baltimore Ravens. Your kids will definite love this as much as you will like it. 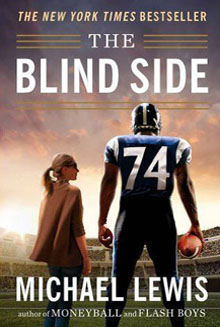 It is a comedy drama revolving around Bill Dancer and his young companion, Curly Sue. They are homeless fellows, but have hears of gold. They do commit scams, but not for profit, but for getting enough to eat. It’s move from Detroit to Chicago and rips-off the rich divorce lawyer Grey Ellison. Bill and Sue made Ellison to believe that she had backed her Mercedes into Bill. They did that only with the hope of getting a free meal. However, when Ellison accidentally collies with Bill she insists that the two will put up at their place for the night despite the objections of her snotty fiancé, Walter McCormick. However, the truth gets exposed and Grey grows aware of the precarious position of the homeless duo. She lets them stay with her for as long as they need. Being peppered with comedy throughout the journey of the duo this movie is good for kids as well as families.

This pretty much concludes our discussion about thanksgiving movies for kids. The choices are profound and the onus is on you to opt for one as per your own individual needs or preferences. 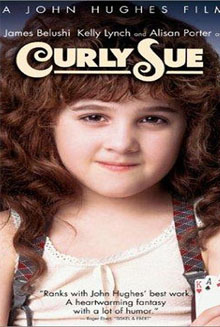