Separation anxiety disorder is customary phase of a child’s development. Babies in the bracket of 8 to 12 months are more prone to it, which then gradually fades away by 2 years. Adults too can become victims of it.  The adults who are victims from this disorder focus on their own well-being along with their children. 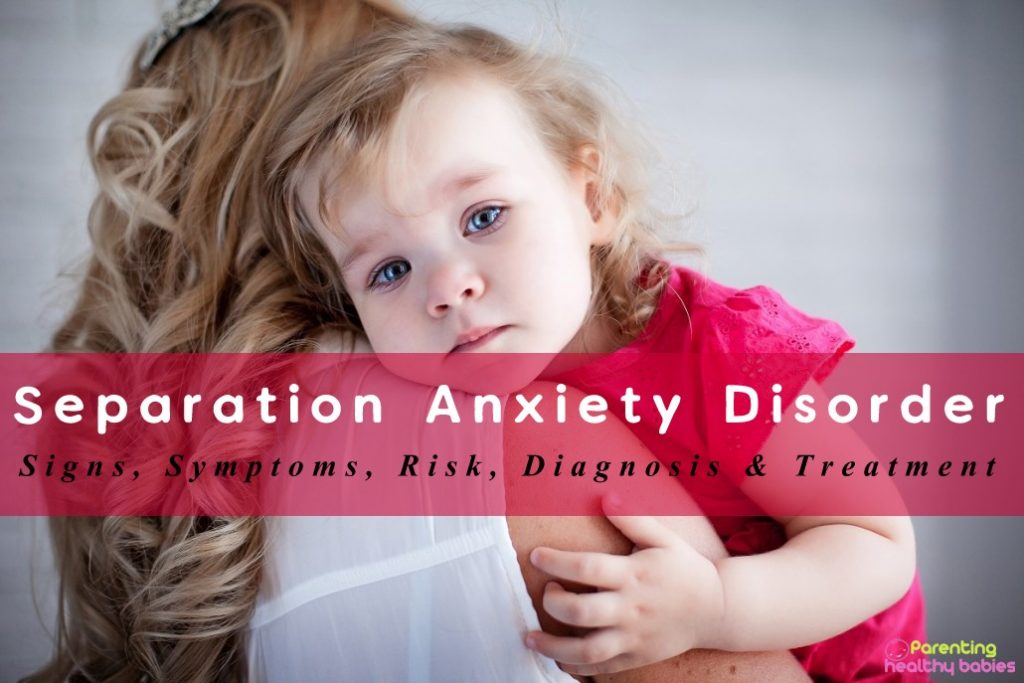 Medical experts clearly find it difficult to outline a single cause of separation anxiety disorder. Based on research outputs, this disorder throw up some viable signs.

The signs of separation anxiety disorder manifests in childhood, but a number of signs reveal that adults are prone to it.

Symptoms of separation anxiety disorder arise when children are separated from parents or caretakers. A mere fear of being separated can lead to anxiety issues. The common symptoms include

If your child has any of the above mentioned symptoms then he or she is suffering from separation anxiety disorder. Additional tests may be suggested by a doctor to confirm the same. The doctor would also want to interact with your kid as it may reveal whether the parenting style has any impact on your child’s anxiety levels.

Medication along with therapy is used to treat separation anxiety disorder. In both these treatment methods, a kid is taught to cope up with anxiety in a positive way

School environment is another area that posters successful treatment. The child needs to feel safe at a place where anxiety levels do not get the better of them. Your child should be able to communicate with their parents when they are away from home for a long period of time.  The teacher should also encourage a child to interact with the other classmates. If you have any concern about the school of your child, then raise the issue with the concerned authorities.

No specific medications can be prescribed for treatment of separation anxiety disorder. If other form of treatments has not yielded the desired results, then antidepressants may be prescribed for older kids. It is not a straight forward decision and evaluated by the parents and their health professionals. If given, children needs to be monitored for any possible side effects

To conclude separation anxiety disorder emerges in the childhood phase and stretches to adulthood. If detected at an early stage, timely treatment would alleviate the symptoms, restore the normal functioning and foster relationships with their loved ones. Research points to the fact that nearly 2 % of adults face this form of anxiety at some point in their life. Another interesting fact is that women are more prone to separation anxiety disorder than men.

How Much Water Should My 2-Year Old Drink?