Sensorimotor stage is the first stage of development out of four stages as per the theory of cognitive development by Piaget. This is the stage at which an infant starts to learn about herself and her surroundings, through her sensory abilities, i.e., seeing, sucking, touching, feeling and other senses. In this phase, a child gains knowledge using the sensory skills she is born, which adds to her overall cognitive growth. In this article, we will discuss the sensorimotor stage of development in details. Read on to find out everything about this. 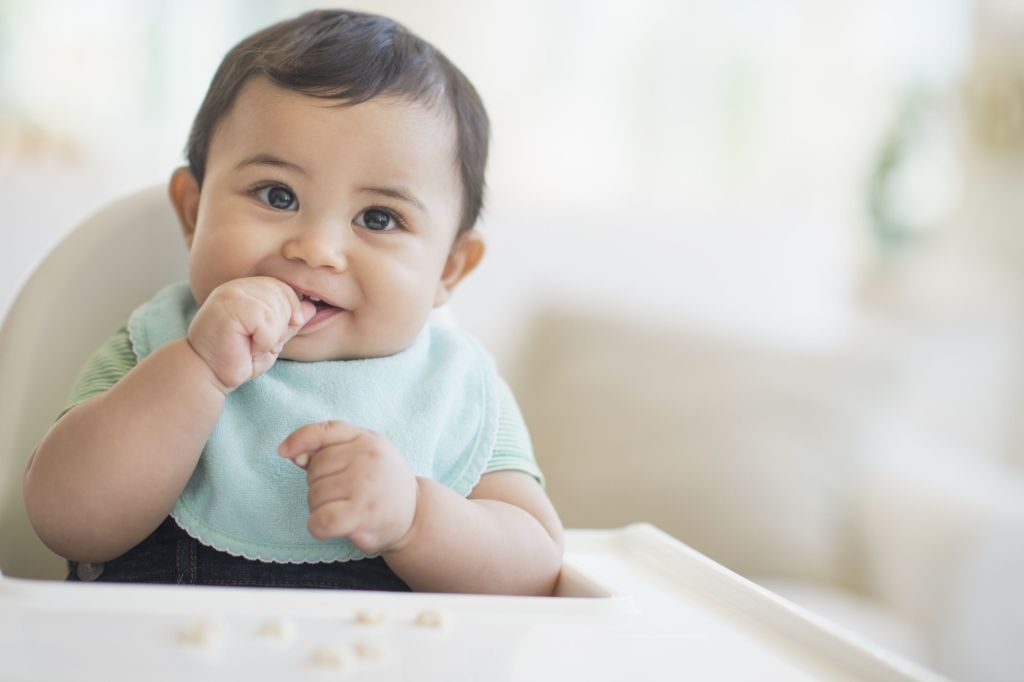 A Guide for Sensorimotor Stage of Development

Piaget’s sensorimotor stage of cognitive development refers to the first two years of an infant’s life during which your child starts to perceive himself/herself, and the environment around her through her sensory abilities and motor activities.

6 Sub Stages of the Sensorimotor Stage

Following are the 6 sub-stages of the sensorimotor stage:

This sub-stage follows from the time of birth up to 1 month. During this time frame, an infant relies on her inborn reflexes such as looking or sucking to understand the environment surrounding her.

This sub-stage covers the time frame from 1-4 months. During this phase, a child learns to coordinate sensation with new schemas. According to Piaget, at first, infants are interested in their own bodies and activities they perform using their body parts repeatedly. For example, many infants like to put their hands, or feet in their mouth, or make loud noises such as mamamamama, or bababaababa, etc.

During this phase, which kicks in around the 4th month and lasts up to the 8th month, infants start to take an interest in their surroundings, mostly objects in their surroundings. Typical gestures infants engage in at this time include moving the toys or other objects with their hands or other body parts, or splashing water when you give them a bath.

At this sub stage, which is between eight and twelve month’s infants try to combine their skills learned so far to achieve the desired result. For example, at this stage, your child might try to pull her toys to suck on them. At this stage, they also become aware of certain objects, and their qualities. For example, they realise that circular objects such as a ball will roll over upon moving.

At this fifth substage of sensorimotor development, infants take their curiosity to the next level. They experiment to see what would happen if, for example, they drop an object from different heights, or making different noises to get your attention and so on. This cognitive development phase takes place between the ages of 12 and 18 months.

In this last developmental phase, which takes place between the ages of 18 and 24 months, infants start to develop a comprehensive image of their environment, to the extent possible at their age and level of knowledge and/or experience. For example, you may notice that if you change a certain toy with something else, your child might not welcome this change, and confront you with teary eyes! What it means is that they are now beginning to become aware of their surroundings and are able to notice changes in it.

According to piaget, during the sensorimotor development, infants achieve the sense of object permanence, which refers to the realisation of the existence of an object regardless of one’s actions. In other words, they understand that an object exists even if it’s not visible, or audible.

How Parents can Help a Child in this Stage

Sensory discrimination is one of the skills which your cute angel would be able to grasp during her sensorimotor development stage. It lets an infant discriminate between two sensory experiences. You can help develop this ability in your child by exposing her to two different sensations or temperatures one after the other. For example, you can give your baby a cold object such as cool and wet towel, and immediately afterwards a warm, wet towel.

This is another skill which an infant learns during piaget’s sensorimotor stage of cognitive development. Under this, an infant learns to differentiate objects from one another. For example, your child would learn to differentiate her toys based on the difference in colour, size, shape and other sensory details. You can help her with this skill, by showing her two similar objects with some basic differences such as colour or size.

Motor skills herein refer to controlling one’s movements. So even though you would always want to rock your young angel in your arms, it would be good to provide some personal and unrestricted time to your child. Lay him/her down on a soft, safe and clean mat on the floor to freely allow her to crawl, move her limbs, roll over, etc. Ensure that there are no hazardous objects in his/her way, and also no risk of falling down. It will help them to learn how to control her movements and manage herself.

From the time of birth, your child enters the cognitive development stage. Skills learned in the first two years, will also serve as the fundamentals for other developments at her later stage. Ensure that you provide her with ample opportunity to learn and develop healthily.