In the period of nine months associated with pregnancy, the body of a woman undergoes various kinds of changes in preparation of childbirth. It is a complex process that involves physical, psychological and endocrinal changes that the body must accommodate for the development of the embryo. From time immemorial human beings have come up with extraordinary, and even mythical ways to explain the process.

However, even in an age of science and technological advancement, some of the questions surrounding pregnancy remain unanswered. The consumption of alcohol during pregnancy is one such issue that has been debated for a long time. As an expectant mother, you might wonder if you can drink red wine while pregnant or whether merely a glass or a sip of it will be harmful for the life that you hold within you. While the research is not conclusive, medical practitioners worldwide have examined the issue in considerable detail.

All You Need to Know About Drinking Red Wine During Pregnancy

Traditionally, consumption of alcohol by the mother during her pregnancy has always been perceived to be extremely dangerous for the baby. Whether or not you can have one glass of red wine during pregnancy is strongly dependent on medical advice and traditional medicine has always been against the idea of an expecting mother consuming alcohol.

In fact, most doctors can rattle off a catalog of symptoms and diseases that will cause problems for your child if you give in to the urge of having alcohol during your pregnancy. Not only does it pose a threat of stillbirth and miscarriage during your pregnancy, but even in the case of a successful delivery might cause stunted development in the child.

The prevailing idea is that alcohol passes on from the mother’s bloodstream to the baby through the umbilical cord, which is the same way that your child draws nutrition from what you eat. So even one glass of red wine during pregnancy might have some effect when it passes onto the child. The disabilities or diseases caused by alcohol passing on in this manner are called FASDs, that is, Fetal Alcohol Spectrum Disorders.

Read More:Alcohol While Breastfeeding: Side Effects Every New Mom Should Know

The symptoms of these disorders are an effect of alcohol consumed during pregnancy and manifest in the child after birth. Some of these symptoms are as follows:

The physical development of the child may be seriously hampered due to alcohol consumption by the mother. Not only do children with FASD have lower height and body weight, but they are often born with a small head or abnormal facial features. The philtrum in particular, which is the ridge between the nose and upper lip is often smooth in children with symptoms of FASD.

The mental development of a child is similarly affected. Poor memory is often a feature and the reasoning and judgment skills are also negatively affected.

Children with FASD often have problems at school as they cannot adapt to the conventional teaching and learning methods. They face difficulties paying attention and have poor coordination and often exhibit hyperactive behaviour.

There are various functional issues associated with FASD as well. As an infant, the child may experience problems with suckling. Later in life, organs like the kidneys and the brain may develop issues.

One can see that these symptoms are quite serious and can have a life long implications on your child, even after a successful delivery.

All these symptoms sound almost extreme and most mothers craving alcohol usually think that one glass of red wine would not pose any serious threat. According to mainstream medicine, however, there is so safe consumable amount of alcohol that guarantees that it will not affect the fetus. There is no safe amount or safe type of alcohol as everything including wine and beer is considered to be equally harmful.

While the issue of alcohol and pregnancy is hotly debated, there is very little scope for actual research at least from the ethical perspective. It is hardly possible to compare the effects of alcohol consumption as it is not ethically acceptable to set up a group of pregnant women who are expected to drink almost regularly during their pregnancy, considering how the prevailing idea is that it will cause them harm. However, an article in The Guardian dated January 22, 2016 considers the question objectively and talks about the traditional medicine of 1970s heavily influenced our opinions today.

In the article, Amy Westervelt has pointed out that in the 1950s and 1960s, it was perfectly acceptable for pregnant women to drink and was even prescribed in small amounts in order to dissuade premature labor. However, in 1973 doctors found that children born to alcoholic mothers shared certain symptoms and coined the term ‘fetal alcohol syndrome’. Since then, all international medical associations have maintained that an expecting mother should not drink. The health ministries of New Zealand and Ireland seem to support this view.

Recently the American Academy of Pediatrics has reaffirmed its stance on the subject. Doctors agree on the idea that women should refrain from drinking during pregnancy but opinions are flexible on whether even a single glass of red wine is harmful. A series of 5 studies in Denmark have shown that the children of moderate drinkers have shown no ill effects. The UK Royal College of Obstetrics and Gynecology has consistently put forward the opinion that, “women should avoid drinking excessive amounts of alcohol when pregnant but there is no evidence that drinking one to two units once or twice a week is harmful”.

While new studies differ in conclusion, a common consensus on drinking during pregnancy is that women should avoid it completely in the first trimester. The occasional drink during the second and third trimester is very unlikely to cause harm. 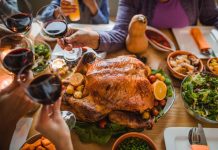 7 Thanksgiving Foods to Avoid During Pregnancy 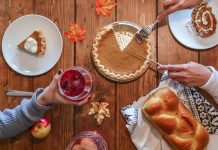 Watermelon During Pregnancy: Must Have In Your Pregnancy Diet

What to Eat During Pregnancy for Vegans