A woman’s cervix secretes a fluid during her fertile days that immediately precede ovulation is called fertile cervical mucus. It plays a pivotal role in conception. It resembles raw egg white and serves as the ideal environment for sperm cells to travel from a woman’s vagina and enter her uterus and then up to the fallopian tubes to fertilize an egg.

Generally, women conceive easily without any problems despite not observing white cervical mucus. For those women who have very little cervical mucus or none at all, conceiving could be extremely difficult. Sometimes, having a lot of cervical mucus doesn’t take care of all the problems of fertility because it could be far too thick to allow sperm cells to penetrate the cervix easily. Lastly, cervical mucus could also be hostile to sperms if it is highly acidic.

Read More: 7 Risks of Having a Cerclage Cervical Placed

The need for fertile cervical mucus for conception

Sperm cells need an environment of cervical mucus to remain active longer in the reproductive tract. The longer fertile cervical mucus remains during ovulation, the greater the chances of conception. With an abundance of clear and stringy cervical mucus, the sperms are endowed with sufficient nourishment and can swim faster to reach the egg in healthier environments. If women have a lot of sex with an abundance of fertile mucus, they can ovulate and the chances of conceiving increase significantly.

With these seven methods of increasing cervical mucus, women can increase their chances of conception:

Tips to Increase the Fertility of Your Cervical Mucus

Cervical mucus contains 90% water. Without adequate water, cervical mucus is affected. However, by drinking eight glasses of water a day, women can reach the right level of good quality cervical mucus. If not water, green tea is also a good option, though its effectiveness is still not known.

If a woman has thick cervical mucus, drinking expectorant cough medicine can help thin it down. Ensure that whichever cough syrup you drink, it contains the active ingredient, guaifenesin. Take it only a few days before ovulation, and not more than the recommended daily dosage that’s printed on the package.

For sperm cells to thrive, an alkaline environment is required. Depending on the alkalinity of a woman’s body, a woman will have corresponding alkalinity in her cervical mucus. For alkalinity in a woman’s body, she needs to eat alkaline foods that are good for sperms and general health. These are contained in dark green vegetables, such as onions, fruits lima beans and almonds.

Women generally have a rich supply of fertile cervical mucus after drinking grapefruit juice each day for a week before ovulation. This juice doesn’t just increase the quantity of cervical mucus, but also its texture, enabling it to move through to reach the sperm cells easily enough. Grapefruit is also alkaline in nature, which after digestion can make the mucus amiable towards sperms.

6. Foods to add to your diet

Adding alfalfa to your diet makes it more alkaline, thereby allowing for detoxification. When the body is highly alkaline, the vagina is ideal for sperms. Alfalfa also helps to balance estrogen and stimulates ovulation. By eating a clove of fresh and raw garlic on the eve of ovulation, women can have an abundance of cervical mucus.

Read More: 10 Pregnancy Foods That Make Your Baby Smarter In the Womb

Necessary as it is to have an ideal environment for cervical mucus to flourish, it is equally important to have sufficient quantity of it for ovulation to take place. The above means can make it easy for women to reach conception.

Read More: Benefits of Cervical Cerclage You Need to Know 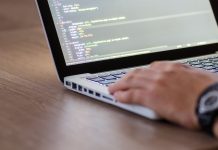 15 Spooky Halloween Superstitions You Must Know