Oil Pulling is a time tested Ayurvedic remedy that involves the use of natural substances for cleansing and detoxification of gums and teeth. This Ayurvedic practice of oil pulling is also known as ‘gundusha’.  The process of oil pulling provides the added effect of whitening the teeth naturally while improving the gum health simultaneously fighting off the harmful bacteria.

To put it short and simple, oil pulling is described as the act of swishing oil in your mouth for about 15-20 minutes for better oral health. Generally, the oils used for the process include coconut oil, sesame oil, or sunflower oil.

The basic idea of oil pulling revolves around the principle “like dissolves like” for oil has the potential to cut down the plaque and remove toxins without disturbing the gums or teeth.

Detoxification through oil pulling helps to reduce detrimental mouth bacteria. In addition to this, there are also other benefits associated with oil pulling that extend far beyond providing a cleaner mouth. Some of these benefits are listed ahead.

Oil pulling is highly effective to treat gum diseases like gingivitis and improve gum health. Gingivitis is one of the most common gum diseases characterized by red, swollen gums accompanied with bleeding. This gum disease is caused by bacteria found in plaque that results in inflammation and gum bleeding.It works by reducing the amount of plaque and related bacteria in the mouth.

Tooth cavity is one of the most common issues in dental health. It occurs as a hole in the tooth because of decay, which is a result of improper oral hygiene, excessive intake of sugar, and bacteria buildup. In addition, cavities also result from plaque. Plaque contains saliva, bacteria, and food particles that form a coating on the teeth. These bacteria begins to break down the food particles to form an acid that harms the tooth enamel to further lead to tooth decay.

Read More: 11 Essential Oils to Avoid during Pregnancy and Nursing

Bad breath is an oral health condition that affects about half of the population around the world for numerous potential reasons. Some of the most common causes for bad breath include improper oral hygiene, gum disease, and tongue coating, a condition wherein the bacteria is trapped on the tongue. Oil pulling helps to remove the bacteria, thus reducing bad breath. 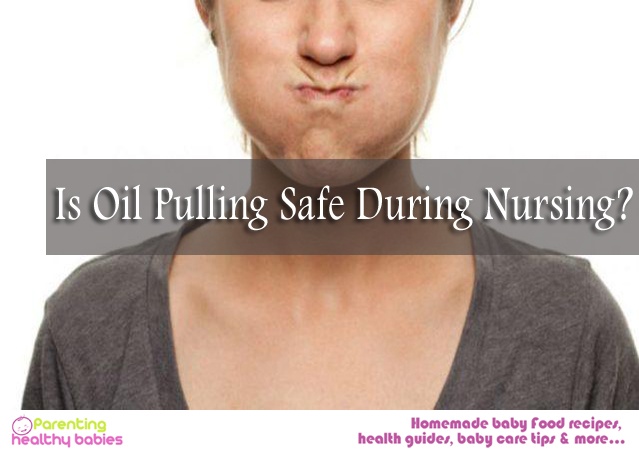 Thisis probably one of the major benefits of oil pulling. This age old treatment can be incorporated easily in your oral care regimen. Moreover, it involves using only one ingredient that can be found easily in your kitchen. This is what makes it highly inexpensive. You don’t need to buy anything. You can use any oil from your kitchen shelf – coconut, sesame, or sunflower.While coconut oil contains antibacterial and anti-inflammatory properties, olive oil makes another great choice to have the potential to fight inflammation.

The germs and bacteria in the body are just like toxins that cause inflammation and thus diseases and various ailments. Your mouth is the gateway to such bacteria and contaminants. Therefore, oil pulling provides a complete detox to the body by removing the toxic bacteria at the very source, way before they get a chance to spread around the body. Adding further, when the harmful toxins are kicked off the body, your energy level also moves up while simultaneously improving the immune health.

In addition to the above mentioned benefits of oil pulling, there are also other benefits provided by this amazing age old Ayurvedic remedy.

Is Oil Pulling Safe during Nursing?

Oil pulling is considered completely safe for everyone. This is because the oils used in the process are completely natural and edible. These oils are considered extremely safe and healthy when eaten. Therefore, they don’t create a problem on being swished in the mouth. In fact, it is also considered completely safe for children, pregnant women, and nursing mothers as long as you are not gulping the oil in.However, it is wise to consult your doctor and check with a dentist if you are a nursing mother and looking for oil pulling.

Irregular, Painful or Heavy periods: 6 Health Issues You Need to...

The Ultimate Guide for Preparing to Travel With a Newborn