Did we ever imagine in our worst nightmares that we gotta celebrate this new year’s eve of 2021 without hugging each other? Well, that we couldn’t help but what we can do now is to apprise you of 12 strange yet very interesting new year traditions for good luck that people of different countries and cultures all over the world follow on new year’s day. These traditions are not just some casual age-old superstitions, they represent auspicious practices or rituals, that people of different religions believe, bring happiness and success into their lives in the upcoming year. So, without beating around the bush, let’s dive in. But read until the end as there’s a surprise waiting for you at the end. 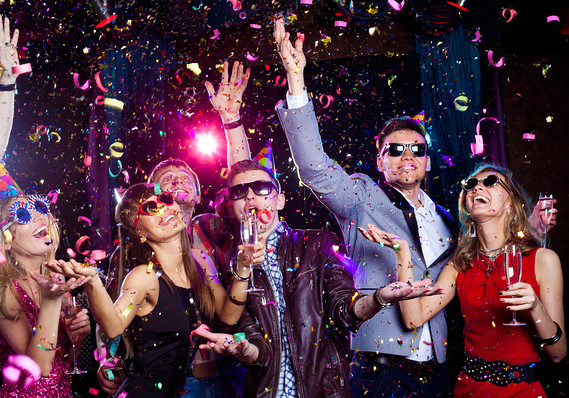 12 Popular New Year Superstitions From All Around The World

Having lentils in the dinner on the last day of the ending year or just after the clock strikes 12, denotes a warm welcoming of fortune, wealth, and happiness to your home for the whole year. This tradition originated in Italy but eventually got spread all over the world and is celebrated now in many other countries like Spain, France, etc.

A ring in a glass of cava

You’ve probably not heard of this ritual unless you are Spanish. On new year’s eve, Spanish people put a gold or diamond ring into their glasses of cava, which means champagne. People there, believe that drinking the beverage with a golden touch in it denotes to welcome wealth in their lives; that’ll bring in money and prosperity to their lives in the forthcoming year. This practice has also been noticed among the Mexicans. But make sure you don’t swallow the ring getting flown away by emotions. Just take the ring out before drinking it.

Place a leaf under the pillow

Mainly, Irish singles put a holly or ivy leaf under their pillow on the night before the new year day to bring luck in their love life or to get their destined lover in the very year. Well, we find it to be quite romantic! Don’t you?

Purchase no shoes or books

This superstition among all other new year superstitions has an interesting justification. In the Chinese language, the shoe is a homonym of “rough” and the book is that of “lose”, and we all know these two are not very auspicious words, especially on the new year day. So the Chinese don’t buy new shoes or books on that day.

Your doors and windows should be open

The Philippines has got this new year tradition that is quite popular in many other countries as well. To let open the doors and windows stand for letting go of the past year and beginning of the new.

No eating of a 4- legged animal

An interesting fact is that Japan has got very few vegan dishes. This extraordinary superstition dates back to 675 ad when emperor Tenmu, following the Buddhist faith, prohibited meat consumption in Japan. Though that rule was abolished later, Japanese people repeat this tradition every year on their new year’s day.

Both in Spain and Portugal, people follow this tradition at the midnight, just after the clock strikes 12, which indicates welcoming the 12 months of the coming year, each filled with immense joy and happiness.

In the Philippines, anything round shaped denotes a good symbol. Thus, on new year’s day, Filipinos wear outfits having polka dots on them, signifying wealth and success.

According to the Chinese, a lot of noise can prevent evil spirits from entering their houses and their lives too. This tradition has been adopted all over the world. Just after the clock strikes 12 and denotes 1st January, people come out on the street and yell out, start playing music, burns firecrackers, and what not?

An empty suitcase is lucky!

This belief is one of the significant new year beliefs followed by fellow Colombians, which is now celebrated in many other countries of South America. To carry an empty suitcase on new year’s day indicates the high chance of getting to travel abroad that year, also that their year will be full of traveling and fun!

Koreans believe that washing your hair on the very first day of the year rinses all the luck away from your life, which was about to come with the beginning of the auspicious new year. So, remember if you visit Korea on new year’s day, try not to wash your hair and let go of loads of luck, that the year was just about to handover you!

Receive a present from a handsome stranger

Having read about all the above mentioned new year’s day superstitions, or better to say traditions, you may practice any of them to luck try your desired wish on the first day of the next coming year if you want. Now as we have come to the end, we would like to reveal the surprise to you. Just scroll up and read the initials of each point.

Hey, we just wished you a very happy new year!

Am I Pregnant or I Just Missed My Periods?