Kids are always looking for a source of entertainment amongst themselves. They often get restless when asked to stay quiet and behave themselves. Now, amid this worldwide pandemic it has become quite common for kids to stay indoors and find sources of entertainment in their electronic gadgets such as mobile phones. While too much screen time is not good for kids but some in limited amount can do no harm. Also while they’re at it, they might learn something useful as well. 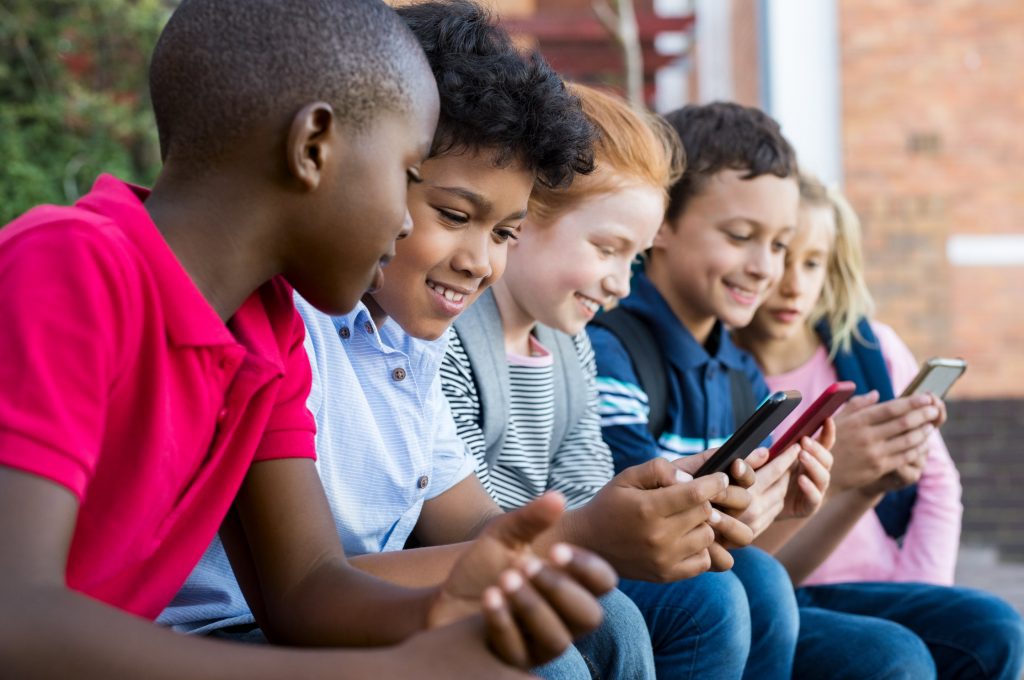 Mobile games are always something which has saved generations from never-ending boredom. But the good part of mobile games these days is that they come with improved skills which also helps in developing skills in young kids. So while they’re playing games, they also learn new skills and get smart. Below are 7 such mobile games which not only entertain young kids but also educate them at the same time:-

If you are kid is interested in programming or you want them to learn programming without it being much work, then Algorithm City is the perfect pick for you. This game comes with multiple levels of basic programming techniques and gets difficult with every increasing level. When kids play this game, a little penguin appears on screen, whom the player has to guide through by collecting all the coins possible.

All of this is carried out smoothly through a simple graphical interface. As with every passing day, programming is becoming a skill which will prove useful to the person who knows it well. So this game may help in developing that skill at the very basic.

This game features all sorts of math problems like addition, subtraction, multiplication and a lot more. Basically there are two characters in this game- a pirate called Ray and an evil character Max who steals the jewels from the pirate. Kids can sail the sea to find max by solving math problems and getting spy glasses, when solved correctly. It has many quality puzzles and the difficulty level gets adjusted according to the child’s age. This game is a great way to boost mathematical skills of children while they’re having fun.

This game is filled with magical adventures and a variety of adventurous characters. It offers various quests to the players and mind-bending puzzles which exercise the brain in a healthy way and help in developing cognitive skills. Kids can play this slight alteration of hide and seek game and find various objects and later they have to guess them for what they are.

Sometimes, they are presented with situations which cause them to think otherwise from their habitual thinking. All of this provides a great scope for children to develop problem solving skills while they’re getting entertained.

Chess is a game that is equally good for kids as well as adults. This classic game is known to increase concentration powers and help in developing complex skills. It also helps kids to learn patience and the value of making right move at the right time. Most importantly, how to never let success get into the brain as any wrong move can change the whole course of the game. Kids can play with their friends or family as this game provides with enough time to bond with family and friends, while also learning something new.

Who doesn’t wants to learn science while playing games, that too when it is a fun game! This mobile game shows young kids how science works in everyday life around us. It provides them with opportunity to carry out new experiments and also engineer solutions. They can learn about various scientific phenomenons like light, speed and the effect of temperature in the surroundings. It is loaded with various activities and little games to keep the player busy and learning. Young children can satiate their curiosity by exploring various scientific phenomenons displayed in this game. One can also play this game with their parents as it has a co learning feature where parents can ask questions to the kids based on their recent activity.

Logic is very important factor that every young kid must possess and practice. For sometimes, mere logic can save you from ample amount of unnecessary slogging. Just like kids learn math and science, they should also develop skills which possess logic. Playing Logic Land mobile game can improve the development of logical reasoning in young kids.

They can also expand their spatial intelligence and memory by playing this game. Kids are met by two characters in the game- Jack and Alice who want to progress through islands but in order to do so, they must first solve the puzzles and problems on their way. All the little games inside this app are designed in a way that boost your logical thinking like finding the odd man out, completing a sequence or simply calculating a shape consists how many number of blocks.

For kids who are fascinated with space and universe, this game is like icing on the cake! Kids can learn all about space and astronomy while travelling with their very own space cow. Presented with high quality animation and audio, young ones can explore solar system and other aspects of the universe like constellations, comets and planets etc. all from their mobile.

This fun ride is also accompanied by some occasional quizzes which make learning fun. Kids have to visit various places to gain information for their mission. Places such as an observatory or cinema. By doing so they are provided with clues and information about the mission they have to perform.

21 Fun Things to Do with Glow Sticks

31 Most Popular Nursery Rhymes for Kids