There are so many kinds of diseases in this world that it is impossible to be aware of all of them in order to take active measures towards prevention. Lou Gehrig’s disease, or ALS is one of them. Do you remember that famous ice bucket challenge going viral a few years ago? The one where celebrities and common people alike poured a bucket of ice over themselves? They didn’t do it for fun; they did it to raise awareness about the ALS disease. But what exactly is ALS? In this article, we will discuss in detail Lou Gehrig’s Disease or ALS. Read on to find out what it really is.

Read More: What is Down Syndrome? Symptoms, Causes and Treatment

All You Need to Know About Lou Gehrig’s Disease (ALS)

What is Amyotrophic Lateral Sclerosis?

Lou Gehrig’s disease is a disorder, also known by the name amyotrophic lateral sclerosis or ALS.  Amyotrophic implies that the muscles have lost their nourishment. When this phenomenon happens, the muscles become smaller and weaker. Lateral implies that the disease affects the sides of the spinal cord, where the nerves that nourish the muscles are located; and finally sclerosis means that the diseased part of the spinal cord develops hardened or scarred tissue in place of healthy nerves. It is named Lou Gehrig’s disease after Lou Gehrig, a famous baseball player for the New York Yankees diagnosed publicly with ALS in the 1930s.

Although this disease can strike any person irrespective of age, ALS is rare in kids. According to the doctors, most people who develop it are adults aged between 40 and 70 that is middle to old age. Even then, hardly 2% of the population is affected. It isn’t contagious, so you can’t catch ALS from someone.


Read More: Crohn’s Disesase in Children: Everything You Need to Know

The symptoms of ALS appear in late 50s or early 60s in age, but it can happen at any age, to be honest. Progression of the disease varies between individuals. In the early stages of ALS, signs and symptoms might be hardly noticeable, but the weakness becomes more visible gradually. Common symptoms of the disease include:

Lou Gehrig’s disease or ALS is different for every person affected by it. Muscle weakness, especially in the arms and legs, is an early symptom for most of those affected with ALS. Other early signs include tripping or falling a lot, dropping things on the floor, having difficulty in speaking, and cramping or twitching of the muscles. As the disease gets worse gradually, eating, swallowing, and even breathing might become difficult. It takes several months to diagnose someone with Lou Gehrig’s disease. The illness can cause symptoms similar to other diseases affecting nerves and muscles, including Parkinson’s disease and stroke. A doctor will examine the patient and conduct special tests to see if it might be one of those other disorders.

One of the tests, an electromyogram or EMG can show that onset of the disease. Other tests that are helpful are X-rays, magnetic resonance imaging (MRI), a spinal tap, and blood and urine evaluations. Sometimes a muscle or nerve biopsy might be needed. A biopsy is when a doctor takes a tiny sample of tissue from the body in order to study it under a microscope. Examining this tissue can help the doctor figure out the root cause of your sickness, which might or might not be ALS.

According to research (see references), changes, or mutations, are behind 5% to 10% of ALS cases. More than twelve different types of gene changes have been linked to ALS. Environment also plays a role in ALS. People who come into contact with certain chemicals or germs are more likely to get the disease. Other possible causes are:

This chemical sends signals in the pathway between brain and nerves. It is therefore a type of neurotransmitter. In people with ALS, glutamate builds up in the spaces around nerve cells and may damage them.

Your immune system always protects your body from foreign invaders such as bacteria and viruses. In your brain, microglia is the main type of immune cell, which destroys germs and damaged cells. In people with ALS, microglia might also destroy healthy motor neurons.

There is no sure shot way to prevent or cure Lou Gehrig’s disease. But treatments are available to help you deal with it. Medicines are there that can control symptoms, such as muscle cramping and difficulty swallowing, and other drugs are there that can slow the development of the disease.

Physical therapy also helps people with ALS cope with muscle loss and breathing problems. Special equipment is provided when necessary. A power wheelchair can let a paralyzed person with ALS to get around. A machine called a ventilator can help someone breathe. A nurse or other health assistant may come to the person’s home to provide care that the family cannot handle alone.

Therefore, to conclude, ALS is not exactly a curable disease. But that does not mean you can’t live your life the normal way. With the right medicines and treatment, life with ALS can be led with ease. 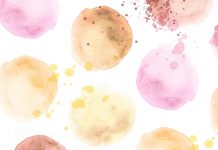 Heavy Bleeding During Periods: 7 Causes You Need to Be Worried...