Parents life revolves around their baby. If anything happens to the baby, parents contact the doctor immediately. If any lip quivering is noticed, obviously want to know what is it and look for a doctor.

What does lip quivering in babies mean?

In certain conditions, the baby’s lower lip begins to tremble or quiver rhythmically. It might seem as the baby starts crying but that will not be the case. If this tends to repeat for few days, such a condition is called lip quivering in a baby. 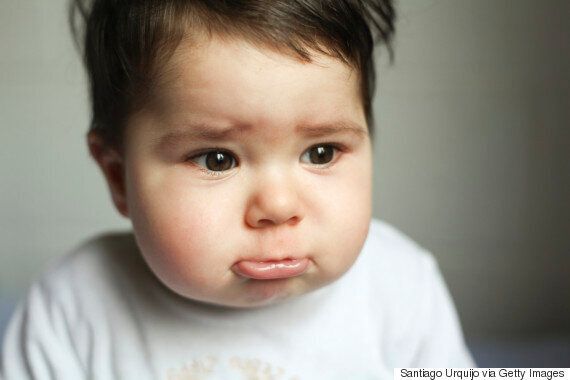 Reasons for lip quivering in babies

One reason for the baby’s lower lip quivers without control is defects that may be present since birth. These usually cause the movements of the baby to be jittery as well. These birth complications range from an improper level of blood sugar in the body to a major calcium deficiency as well. Also, in few cases, if the supply of oxygen in the baby’s body has been cut off during birth, it could cause this condition to set in, too.

The nervous system does not develop fully

While birth-related defects are a valid reason for quivering lip in babies, most cases end up being a case of the baby’s nervous system struggling to catch up with progress. These shakes, jitters, and quivers may not stay restricted only to the lip and make the presence all over the body such as the jaws, hands, legs, and so on. All of these are a result of the nerve signals sent erratically to various body parts, from a nervous system that doesn’t have the full capability yet. Most of the time, these symptoms fade away after birth within few months.

Diagnosis of lip quivering in babies

Complications of lip quivering in babies

Seeing a baby’s jaw trembling will be alarming. Many doctors will examine the baby right away and diagnose the issue. In most cases, if no anomalies are detected in the child, it is just a matter of time before the baby’s tremors disappear completely.

However, if the quivering is a result of a pathological problem, then there is an increased risk of further complications. A baby may suffer from perinatal encephalopathy, resulting in malfunctioning of the brain. At times, it could even cause hyperglycemia or cerebral hemorrhage in severe cases.

Treatment of lip quivering in babies

Replenishing the deficiencies in the body

At times, doctors might determine that the presence of certain deficiencies might be the reason why the quivers have set in a baby’s body. In such a case, supplements can be prescribed for some major elements such as magnesium, calcium, glucose, and so on. These can be infused intravenously for a faster response which helps in quick synthesis within the tissues of the nervous system. Similarly, it allows them to absorb oxygen easily also.

In a few extreme cases, the presence of internal pressure within the cranium might be detected in the baby. This can lead to severe seizures later on, also. Therefore, it becomes necessary to administer certain corticosteroids to correct the problem and carry out punctures in the spinal cord for treatment. Medications meant to counter any convulsions may be used as well, along with other drugs that enhance blood flow to the brain and even make use of physical therapy.

When the baby’s lower jaw or lip is shaking repeatedly, it is best to hold close to the mother and calm down. Massaging and bathing can give good results as well. Make sure the diet of the baby is balanced properly and there are no deficiencies present.

Remember to stay calm and keep the baby calm if notice any lip is quivering. Go ahead and touch the area that is trembling which will stop temporarily. Talk to the doctor.

11 Home Remedies for Pneumonia in Children