Traditionally, seeds from horse chestnut trees were used to reduce joint pain, fever, tissue swelling and treat gut and bladder issues. However, today it has been widely used to treat haemorrhoids, swelling and leg vein issues. In this article, we will be discussing 11 benefits as well as side effects of horse chestnut in your diet:

These swollen veins are caused by CVI and typically occur in the legs. Horse chestnut extract improves the blood flow in your legs, thereby improving the venous tone. It also helps to decrease the swelling and pain associated with varicose veins.

The swollen veins around your anus and rectum are what we refer to as, hemorrhoids. Itching, irritation, rectal bleeding and feeling uncomfortable are all symptoms of hemorrhoids. However, these symptoms can be relieved with the help of horse chestnut seed extract by reducing the inflammation and swelling in the affected veins and that is mainly due to the anti-inflammatory properties of the same.

As per the studies, aescin helps to reduce tumor cell growth in certain cancers including leukemia, liver cancer, and multiple myeloma. aescin has also been observed to cause cell death in cancerous cells like lung cancer and pancreatic cancer. But it is to be noticed that all these studies focused on the use of aescin. There is still no clear evidence if horse chestnut seed extract would have the same effects.

Horse chestnut seed extract has been linked to anti-aging effects as it reduces inflammation and protects cells. Horse chestnut is thus also made use of in cosmetics.

Aescin is a compound found in horse chestnut. The swelling of the veins near the testicles is one of the main causes of male infertility. The most effective treatment for infertility is thus aescin that consists of the anti-inflammatory and anti-swelling properties. As per a study, taking 30 mg of aescin every 12 hours improved sperm density, sperm motility, and sperm quality.

This health condition is characterized by poor blood flow to the veins of the legs. Some of the symptoms are:

Compression therapy is considered to be one of the effective treatments that can help increase blood flow to the legs. As per a study, horse chestnut extract was also equally effective as compression therapy at reducing swelling and leg volume. however, there is still more research needed to determine the long-term effects.

Protects the kidneys in diabetes:

Kidneys can be damaged by diabetic complications.

In a cell study, it was found that caffeic acid in horse chestnut killed bacteria.

Aescin blocks the effects of serotonin that is an important neurotransmitter in the gut.

Are there any side effects of horse chestnut seed?

Although it is considered to be safe but one must take into consideration the safety concerns.

You must avoid ingesting unprocessed horse chestnut seeds mainly because they contain a compound called aesculin. It is not considered to be safe for ingestion by the Food and Drug Administration (FDA). Paralysis, coma, death, muscle twitching and depression are some of the signs of poisoning.

Some of the reported side effects of horse chestnut seed extract are:

Interact with the following medications:

Horse chestnut can the blood sugar levels to become extremely low when taken with diabetes medication.

Horse chestnut can have a diuretic effect, delaying how quickly your body processes lithium. (lithium is a medication that is used to treat psychiatric disorders.)

NSAIDs are used to treat inflammation and horse chestnut can reduce the absorption of the same.

Horse chestnut increases the effects of blood thinners like Coumadin and may slow blood clotting.

It is recommended that the maximum oral dose for use in humans is 150 mg per day. The dose for aescin injections is 5-10mg twice daily for up to 2 weeks. And the creams are applied 3-4 times a day for up to 2 months.

The use of aescin is not recommended to be used by children, pregnant or breastfeeding women. You must ensure to speak to your healthcare provider before making use of horse chestnut. 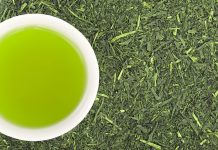 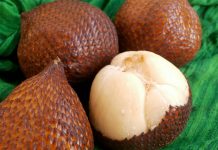 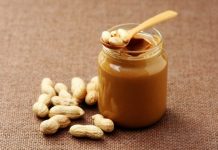 11 Health Benefits of Peanuts and Peanut Butter During Pregnancy