Gestational diabetes or Gestational Diabetes Mellitus (GDM) is a medical condition in which a woman without diagnosed diabetes develops high levels of blood sugar during pregnancy. This condition generally results in a few symptoms, though it does increase the risk of preeclampsia, C-section and depression.

If mothers are not treated for gestational diabetes, their babies run the risk of being large in size, having low blood sugar soon after birth and they also contract jaundice. Leaving this condition untreated in mothers can cause the babies to be stillborn. Over a protracted period, such children risk being overweight and developing type 2 diabetes. In most cases, gestational diabetes is a temporary form of diabetes which is identified by the inadequate production of insulin to normalize sugar levels during pregnancy. This is also called carbohydrate or glucose intolerance. 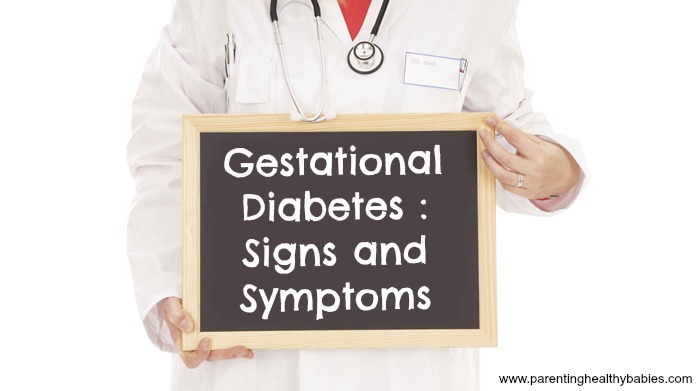 However, serious this condition may be, expectant moms can control this condition by eating healthy food, incorporating exercise into their lives and taking appropriate medication. By controlling blood sugar, expectant women can prevent having a difficult birth and keep the baby healthy.

Pregnant women go through a series of hormonal and other changes which make them resistant to insulin. When insulin levels fall or the body can’t use it, blood glucose levels rise.

Usually, women with gestational diabetes deliver healthy babies. However, if this condition isn’t managed correctly, it could lead to uncontrolled blood sugar levels which could cause untold problems for mother and baby, including the need for a C-section for childbirth.

Complications that could affect the newborn: If the mother has gestational diabetes, the baby could be at risk for the following:

Complications that could affect the mother: Gestational diabetes can also increase the mother’s risk for the following:

Gestational diabetes can be treated by taking the right medication, exercising and eating nutritious food, and of course, having the right attitude.

How Getting a Quick Loan Will Help You Cover All Expenses...