As soon as the woman reaches 5th week of her pregnancy, her adventurous ride begins. In pregnancy woman’s body undergoes various changes under the influence of hormones. These changes are more certain if the woman is pregnant with twins or multiple babies. Though the pregnant woman till the 5th week of pregnancy doesn’t know whether she is expecting twins or more. Many women’s suspicion starts from this 5th week. The woman needs to know the symptoms and signs of twin pregnancy.

All You Need to Know About Twin Pregnancy at 5 Weeks

When Twins can be Detected?

Twin pregnancy or multiple pregnancies can be detected only when the babies are separately placed in their placenta. At this stage detecting heartbeats separately is the difficulty. Babies sharing common sac are difficult to be detected as their heartbeats coalesce with each other. Therefore, it is not easy to detect twin pregnancy at 5th week of pregnancy. As soon as the woman reaches her 6th week, the heartbeats can be separately detected by the doctors because now the babies have their separated sacs. 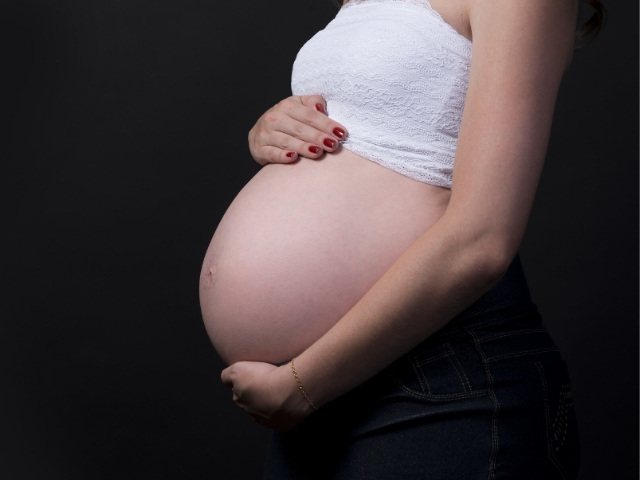 HCG Levels for Twins at 5 Weeks

HCG or Human Chorionic Gonadotropin is a pregnancy-specific hormone. Thus, the presence of hCG signifies pregnancy in a woman. In a normal single baby pregnancy, the hCG levels are 70-750 mIU/ml. While in twin pregnancy, hCG levels are even higher, there is about 30 to 50 percent increase than a single pregnancy.

Size of the Babies

During the 5th week of pregnancy, babies start to grow in size more likely as larger seed. The ultrasonography reveals the shape of the fetus as similar to a tadpole which will slowly transform into human form in following coming weeks. The layers such as endoderm, mesoderm, and ectoderm cover the embryos. Now the embryos start forming various body parts. The teeth, hairs, genital organs, nails, nervous system, intestines with blood and other parts form gradually. During 5th week of pregnancy, the neural tubes begin to seal off and its upper portion will start transforming the shape of the cranial skull.

The signs and symptoms usually begin during this time. In the case of twin pregnancy, these changes become profound. Some of the changes will remain same irrespective of several fetuses a woman carries :

Symptoms of Twins in the First Trimester

Following symptoms are common in both single or multiple pregnancies :

Twin pregnancy is associated with high fatigue and exertion. Carrying multiple babies is very tiring for the pregnant woman. This requires proper rest and easy exercises to help the mother relax.

Multiple babies acquire large space in the uterus within a short period. This makes the uterus grow in size and this growing uterus exerts pressure on the bladder. As the contractions in the uterus begin, the bladder is pressurized and can hold only a small of urine and thus woman has to pass urine frequently. It is better not to hold urine to avoid bladder infections.

As the blood circulation increase during the pregnancy, the effect of this circulation is also seen in the nose. The mucous membrane of the nose are stimulated and they feel stuffy due to formation of a lot of sticky substance.

Nausea and vomiting are commonly associated with pregnancy. Morning sickness worsens in a woman having multiple pregnancies. Though as the name predicts, nausea is not only seen in the morning but can be seen at any random time of the day. As the pregnancy progresses week by week, nausea becomes even stronger. The way to combat this symptom is to consume small frequent meals.

In multiple pregnancies, more pressure is exerted by the babies on the stomach. This pressure results in the upward movement of the acid of the stomach in the esophagus. This symptom can be dealt with antacids or going on light walks after the meal.

Shortness of Breath and Hypertension

With multiple pregnancy woman experiences breathlessness which even worsens with the progression of pregnancy. The increased blood supply and fall in blood pressure are causes of this breathlessness.

The belly of the mother grows in size and weight gain during this multiple pregnancy woman gains more weight as compared to single baby pregnancy. The increased size of the uterus indicates the presence of multiple babies.

The woman needs to have proper as well as a healthy diet for the proper development of the babies. In the case of multiple babies, the appetite of the woman is increased rapidly. She should have small but multiple healthy meals. She should avoid weight loss program.

Following tips are necessary to keep mother as well as babies safe :

Carrying the twins until the 5th week itself is an achievement. Initially, it is tough for the mother but this phase shall phase soon. Till this time a woman needs to stay calm and focussed while having a healthy diet for healthy babies.

Can You Use Hemp When Breastfeeding Or When You Are Pregnant?

11 Infections Pregnant Women Should Be Wary of : Travel During...