“Christmas is not a season. It’s a feeling.”

With Christmas coming around the corner, everyone’s eager for new, creative and best ideas for decorations around the house. Elves are a special part of Thanksgiving where they make their appearance in your house and get into all sorts of mischief until the head back to the North Pole with Santa on Christmas Eve.

2. Oops! I melt the snowman. Looks like your elf has melted your Olaf (or whatever you decide to name your snowman)

4. I’m the mummy. Your elf is busy pretending to be the mummy with your tissue rolls.

5. I’m high above the ground. Who said going for zipline was only for humans? Your elf seems to be having a pretty great time on the zipline.

6. Sled elf. Your elf on candy sticks is having the time on his sled.

7. Refrigerator Elf. Your elf is having a cold blast hiding in your refrigerator.

8. Drawer elf. Looks like your elf is hiding in your culinary set.

11. I cleaned the freezer. Indeed your elf has cleared all the ice creams from the freezer.

12. Candy elf. You elf has quite the sweet tooth, diving in a bowl of candies.

13. Hot cocoa elf. It’s cold and snowing outside and a warm cup of hot cocoa or coffee is very much needed.

14. The artistic elf. Your elf is busy expressing his artistic skills on your photo frames.

15. I’m off for a tour. Your elf is busy packing his suitcase to tour the world (or in this case your house)

17. Your elf is busy making some minion friends.

18. 0Your elf is actively participating in a sack race.

19. I’m growing myself some muscles. You elf is quite the body builder with all his weight lifting gear.

20. Wrapping paper elf. Looks like your elf has got his hands on your gift wrap and some tape.

21. The hygienic elf. Your elf is bathing and maintaining his hygiene quite well.

22. Super elf. We have superman and also super elf.

23. Butt print elf. Your elf is now using your scanner and printer for his mischiefs.

24. Wrecking ball elf. Turns out your elf is quite the Miley Cyrus with his wrecking ball.

25. The teacher elf. Your substitute elf teacher knows how to give a fun time to the students.

26. Prisoner elf. Looks like your elf has been taken as a prisoner.

27. The Azkaban elf. If you are a potter head then you are going to love this idea.

30. The camping elf. Your elf is gone camping with a tent and woods.

31. Bowling elf. Your elf is knocking the pins down.

32. The marshmallow roasting elf.  It’s always a fun time for some roasted marshmallows.

33. The drummer elf. Your elf is quite the musician with all his drums.

35. Snowball fight elf. Time for your elf to squander around, throwing tiny snowballs.

36. The train driving elf. Looks like the elf has commandeered a bunch of shoes to form a train and is now driving it.

37. Photoshoot elf. Your elf has quite the looks to have its very own photo shoot.

39. The snow globe elf. Your elf is in a globe enjoying the snowflakes over it, just like your other favourite pieces.

40. Gardener elf. Your elf is growing some greens.

42. Your elf is seen messing around with his partner-in-crime.

43. Your elf is snooping around picking on your piggy banks.

45. Looks like your elf is up to some mischief with the avengers.

47. Your elf is busy getting pampered.

49. Your elf is leading the choir.

50. Your elf has hidden himself in a stocking.

51. Your elf has done its Christmas decoration. 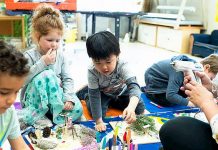 7 STDs That Can Affect Fertility