Depression can occur in people of all ages. It is defined as a low mood that is marked with apathy, sadness and an aversion to things that ordinarily bring joy to the affected person. Depressive disorders are pervasive mood changes that affect all aspects of an individual’s daily functioning. It is common in children and after 1980 was included in the list of childhood diseases.

What is childhood depression?

Depression is an illness that involves the body, mood and thoughts and affects the way a person eats and sleeps, the way one feels about oneself and the way one thinks about things. It is quite common at every age, affecting more than 16% of children in the united states at some time in the lives and thought to be increasing in children and adolescents, both in this country and elsewhere. It is the leading cause of health impairment (morbidity) and death (mortality). 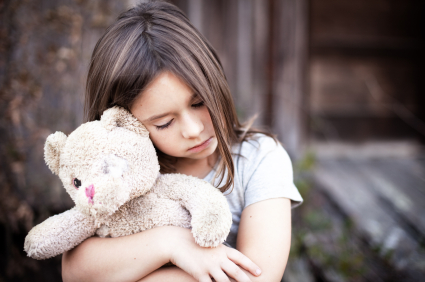 Depression can range from moderate to severe and is characterised by certain specific symptoms. If the child has been suffering from five or more of the associated symptoms for at least two weeks, then it is likely to be major or severe depression. Types are –

Scientists believe that depression is brought on by changes in brain chemistry, especially the neurotransmitters that are responsible for sending messages between nerve cells. Traumatic life events such as abuse, being bullied, the death of a parent or divorce can all act as triggers.

Girls are thought to be more vulnerable to childhood depression than boys, mainly due to biological differences and the interpretation of events and response to these as opposed to boys.

Children with little to no physical activity and those who perform poorly at school are also at risk of going into a depression.

The symptoms of clinical depression can last for weeks, months and years if not treated on time. This can have a bad impact on the child’s daily life including activities at school and even simple activities like getting out of bed after waking each morning. Besides being moody and irritable, if the child shows five or more of the following symptoms, then it is likely that are depressed.

The symptoms and warning signs are –

For a child, it can be difficult to identify depression with accuracy and based solely on these symptoms. But if the child has been displaying some of these symptoms for more than a few weeks, then it is best to consult the doctor. Depressed children are also likely to have other difficulties also like eating disorders, conduct disorders or problems with substance abuse.

If the child has been showing some symptoms associated with depression for more than a couple of weeks, talk to the doctor. Also, the doctor may refer to a mental health professional who will accurately diagnose the child’s depression through a series of evaluations.

As part of the evaluation, the physician might want to speak with the parent as well as the child. Information might be sought from teachers, classmates and friends to pinpoint a pattern of behaviour. Questionnaires may be given to the parent and child and the physician will have to rely on this type of analysis as there is no specific child depression test as such that can provide a definitive diagnosis.

Since depression is associated with quite a few other disorders like autism-spectrum issues, bipolar disorder, post-traumatic stress disorder (ptsd) and anxiety disorders, the evaluations will also screen for these. The child’s medical history will also be analyzed, as childhood depression can be the side-effect of some types of medications.

If that does not suffice, then anti-depressants may be prescribed in addition to the therapy. This is usually required in severe cases of depression. Anti-depressants are useful in rectifying the chemical imbalance and can take up to a few months to prove effective. Pinpointing the right medication and the dose can also take time. Also, medication alone will not cure the problem and has to be accompanied by therapy.

Plenty of alternative treatments such as herbal remedies and supplements that are easily available. However, the veracity of these has not been proven and some might even be detrimental to the child’s overall well-being.

If the child has depression, it can put them at a risk for many mental health issues. Childhood depression can result in poor academic performance as well as problems with alcohol or drug abuse. As adults, such children might be unable to hold a job for long and face difficulties in adjusting to life as part of a family. It is also possible that some depressed children might harbour suicidal thoughts and as a parent; it is important to be aware of warning signs. Flags for suicidal behaviour include talk of suicide or death and dying, focusing on the morbid, giving away of the possessions and increase in risk-taking.

Childhood depression can be prevented to a certain extend. For this, it is important that children are brought up in a nurturing environment that fosters a healthy attachment between the child and parents. Being attentive about the child’s needs, providing them with love and care, and encouraging gradual independence can all make a difference. When the child is surrounded by supportive adults, has a strong family, maintains a healthy relationship with peers, develops good coping skills and is emotionally regulated, there is no place for depression.

Depression can have a profound impact on all spheres of the child’s life and prevent them from making the most of available opportunities. Offering the support and taking time out to be with the child is integral to the recovery process.