The blood that remains in the umbilical cord and placenta after childbirth is called cord blood. This blood is usually discarded, as it’s supposed to be of no use after the birth of a child. Cord blood banking utilizes facilities to store and preserve a baby’s cord blood which can be used later. You might be wondering about the use of this blood. Well, anyone with the similar genes can use it for the regeneration of tissues of various organs. It may be used to produce antibodies against certain germs to provide immunity to certain lethal diseases.

This method of preserving the cord blood has sparked a debate in the scientific and medical community. It’s because the cost of private cord blood banking is high. At the same time chances that your family will use the blood are low. It is expensive because the cost of processing cord blood and storing it in medical freezers for years considerable and the quest to expand the life of the blood is still going on. Longer the storage time, more will be the expenses.

Studies have shown that cord blood, which is frozen for longer than 15 years can be used. Since this process has only been used in transplants for 20 years, the tenure of storage is still not known in the industry.

Cordlife is one of the largest umbilical cord stem cell banking companies in India. Their services include umbilical cord blood and cord lining banking. With a total number of 50 centers, this company has more than 15 years of cord blood banking experience. The company also holds a published track record of cord blood transplants, with a lot of awards won in this field for their quality of services. Some of their most important services include Newborn metabolic screening, Cord lining banking, and cord blood banking.

It’s India’s first and largest stem cell bank. It was founded in the year 2004. They are awarded as India’s one of the best stem cell bank in India. They are investing in the cell R&D as well as point-of-care cellular therapy for vascular and orthopedic specialties. The company also provides a menstrual blood stem cell banking service. It also offers various kinds of diagnostic and preventive healthcare solutions for expectant mothers and children which is one of its own kind.

The CryoSave India (Licensed by the name: CryoSave Group) is known as a technology leader in Indian stem cell banking industry. It is 100% subsidiary of Cryo Save Group N.V. They are the best in epitomized technological advancement, quality and care in the Indian stem cell banking industry. Established in the year 2008, CyroSave has a very good hold in the European market as well. They’ve recently got the UNO GMP certification. The technology used by the company is of high class and is just fit for the Indian market.

Incorporated in the year 2006 by RJCorp, the company is located in Gurgaon. They specialize in offering high- quality umbilical cord blood stem cell processing and storage for this growing cord banking sector. The company provides the best class facilities in the stem cell industry in India and has been awarded dozens of awards for its service. It is the only Indian multinational and the best cord blood bank in India. The diversity of products is just unmatched by any other Indian company.

It’s a collaborative enterprise between Cesca Therapeutics/ TotipotentRX and Fortis Healthcare. They use modern technologies imported from different parts of the world for collecting, processing and storing the baby’s cord blood. This is one of the most unique bank in India, whose storage and clinical facility is situated inside the grand FMRI. The technological advantages seem to be a factor for high prices but the company is concerned with providing a decent price to its customers.

The company is regarded as one of the best stem cell banking company with specialization in umbilical cord blood banking. The unit was established in 2009. Since it’s inception, they have given prominent contributions to the industry by its unmatched quality of service and the trust of thousands of people. The company is also known to be the new future of this field. The reason being its innovations in this industry along with the safe cord banking facilities.

The Reliance Life Sciences is the branch which is among one of the Promoter Group of Reliance Industries Limited. Ambani and his company have created South Asia’s first, most advanced as well as completely automated stem cell-enriched umbilical cord blood repository which is a big deal in India.  Food and Drug Administration (FDA), Government of India is in strong support of the company’s project and would even fund it at the local level. The company is very well known for its quality in each and every sector of the country and hence getting the support from various governmental projects. It won’t be more to say that Reliance would reduce the cost of technology and provide services at more decent rates. 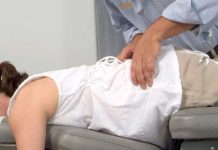 Chiropractor while pregnant: benefits and safety

11 Tips for Choosing the Right Backpacks for Your Kid