Cholestasis is a disease that is related with liver, and occurs only during pregnancy. It causes severe itching to the pregnant ladies, late in their pregnancies. It is also known as ICP, or Intrahepatic Cholestasis of Pregnancy. The condition is associated with abnormal flow of bile, due to increase in the amount of pregnancy hormones. It causes severe itching on hands and feet, without causing rashes. But, the itching is not limited to hands and feet alone, and can spread across the entire body.

Cholestasis can make the person extremely uncomfortable, and can also lead to complications for the mother and the child. And, it might also require early delivery of the child.

Read More: Itchy Skin During Pregnancy: Do I need to be worried?

There are some common symptoms that are associated with Cholestasis of Pregnancy. Some of these include:

The itching occurs mostly on palms of the hands, or soles of the feet. Some women find itching almost everywhere. The itching intensifies during the night, making it difficult for the women to sleep. The itching problem mostly starts during the 3rd trimester, but might sometimes start earlier, as well. The problem becomes worse around the due date, and is at its peak around the time of delivery. The problem subsides substantially, once the baby is delivered.

Another common symptom is the colour of the urine, which is darker in colour, as compared to normal.

One can feel a pain in the right upper quadrant.

Bowel movements are light in colour

The bowel movements are lighter or paler in colour, as compared to normal.

The person will feel unusually tired or fatigued.

Pregnancy is usually stressful and depressing for some women. But, with ICP, the depression is at a little higher level.

This is associated with the yellowing of skin, and eyes.

The lady might feel severe bouts of nausea, which are not related to morning sickness.

Read More: Remedies for Nausea and Vomiting in the Third Trimester

There might be a loss of appetite, as well, with lack of hunger, or no mood to eat anything.

As per the statistics, almost 1 out of every 1000 pregnant ladies, suffer from ICP. But, the problem is most common in Chilean and Swedish ethnic groups.

Causes of Cholestasis of Pregnancy

The hormones during pregnancy, fluctuate a lot, and it affects the functioning of liver, resulting in the slowing down of the bile flow. The gall bladder, which is responsible for holding the bile, produced in liver, is required for breaking down of fats during digestions. When the flow of bile in liver slows down, or gets stopped, it causes build-up of bile acids that can result in spilling into the blood stream.

The genes might also play an important role in this. If the disease runs in the family, then having it during one’s pregnancy, is imminent.

The diagnosis is done with the help of examining the complete medical history, and with the help of a physical examination. Also, blood tests are taken for evaluating the liver functioning. ICP is measured, when the total bile acids, are 10 micromo/L or above. The increase in the acids was attributed to estrogen initially, but as per recent studies, progesterone also contributes to this problem.

The following ladies face a higher challenge of getting cholestasis:

ICP might directly affect the babies. The babies might suffer from foetal distress, still-birth or pre-term births. The developing foetus inside the womb depends upon the mom’s liver for removing the bile acids from blood. So, if there is an increase in the bile of the mother, it might cause stress for the baby’s liver, as well. Women, suffering from Cholestasis should be supervised and monitored closely, and the labour should be induced as soon as the lungs of the baby have matured.

The treatment for Cholestasis of Pregnancy involves providing relief from itching. Some of these treatments involve:

But, before taking any kinds of medications on your own, consult the doctor. The doctor will actually decide the course of treatment, after considering the following things:

Complications, due to Cholestasis, might occur in both mom and the baby. In the moms, the condition might affect the way of fat absorption. When the fat is absorbed poorly, it might result in a decrease in the level of Vitamin K dependent factors, which are involved in clotting of blood. But, such a complication is a rarity.

In the babies, the complications relating to ICP might be more severe. This could result in pre-term births, lung problems, and even stillbirths. As, the complications might become dangerous for the child, the mom might have to get into induced labour, even before the due date.

There is no way of preventing cholestasis of pregnancy. But, with suitable treatments, the problem can be easily treated. 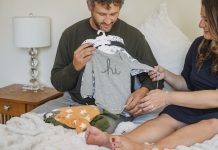 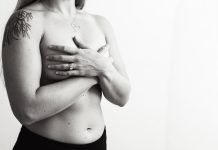 Eating Ricotta Cheese During Pregnancy: Benefits, Side Effects and Recipes