Do you sometimes hear the buzz around, about boot camps for troubled kids? Well, if you are a parent and you have a naughty child too, boot camps could be of potential help to you. This blog will guide you through everything you need to know about the trending and popular boot camp idea among modern parents.

The idea of boot camp roots from the response towards distorted behavior in some children. Parents now -a -days seem to have realized the importance of discipline in one’s life, and hence the growing trend of boot camps.

Boot camps area major attraction for parents these days, for the environment they provide can be immensely impactful in the impressionable minds of kids. These boot camps are structurally organized programs, comprising of a team of people who hail from renowned institutes where children with behavioral disorders, psychiatric issues are treated. 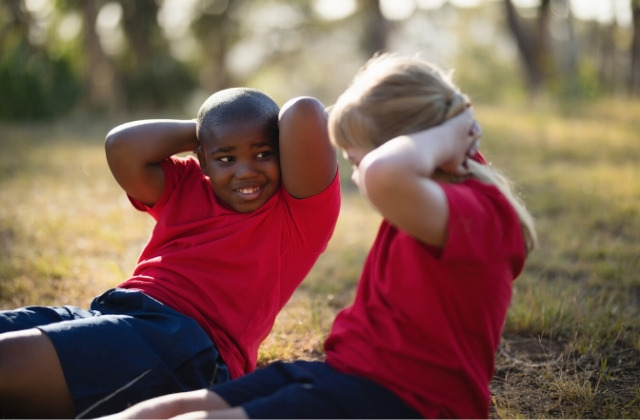 The most crucial aspect is to understand the main objective of this initiative. Boot camps are more of a healthy environment where children won’t feel detained, as this might have a negative impact on their overall growth.

All You Need to Know About Boot Camp for Troubled Kids

Reasons to Send Your Kid to a Boot Camp

Troubled kids are those kids who show somewhat abnormal behavioral patterns such as the tendency of violence, a denial to listen to anyone or any psychiatric symptoms for that matter. In fact, there are often disorders that laymen can not through. In order to identify and effectively treat such disorders, what better than an environment that boots camps ensure!

Based on what values you want to feed your child, there are several boot camps you will find. Remember, the aim of each boot camp isn’t to impart the same kind of knowledge. Rather, it varies. So, the earlier you decide, the better it is.

Let’s now understand what varieties are being been referred to here.

There are types like the military boot camps that focus entirely on physical fitness and strength, while there are others that deal with spiritual enlightenment. There may be some that focus on discipline, while others might want to preach healthy teamwork. Some may teach how to empathize with people and become a human being in the first place, while others might percolate ideas of loving fellow humans and other animals.

With military boot camps, your kid will get to learn a lot of humanity and also acquire various other skills. Military boot camps mainly focus on developing a sense of responsibility among kids and also tutoring on qualities like empathy and effective teamwork.

Benefits of Sending Your Child to a Boot Camp

Boots camps are specially structured in order to transform troubled kids into a social, well-behaved child. There are certain skills needed in order to become a well-behavior person- such as empathy, knowledge, critical thinking, acceptance, and many more. In order to apply these in one’s life, the foremost requirement is physical health. Sometimes, even depression can bother kids and hinder healthy growth. All aspects are covered under boot camps these days and no matter what the issue, it’s a one-stop destination to find specialists.

The activities promoted in boot camps cover an entire broad spectrum- ranging from vigorous physical activities to social service initiatives, to environmental awareness, law and order, and whatnot. Basically, these activities are meant to assure the proper development of a person and to incorporate the basic qualities a human being must-have. Not just that, but when children meet others with similar and different problems, they develop a sense of understanding and empathy.

Boot camps are sincerely organized camps that are made such that children don’t get hurt or harmed in any way. Children with severe depression and specialties are most often not admitted into these camps. This is because the children might end up exhausted due to vigorous physical activities.

For children with behavioral disorders, physical exercise and outdoor games can be really helpful in providing a healthy atmosphere for their growth. Spending time with fellow participants will help them with interaction skills and also teach your child how to acknowledge and understand others’ perspectives. The activities include outdoor sports, adventure sports, etc…

Precautions to be Taken

Parents must also not just leave things up to the control of the trainers in the camp. Rather, they should also keep track of the impact of their child’s mind and the amount of progress. Parents must involve themselves too. Their indulgence in the day to day activities of their child will make them feel loved and hence, may help induce proper behavior in them.

For treating children with behavioral problems, the facility of boot camps can prove to be of great help. These boot camps focus on all aspects of a perfect process of growing up in the company of fellow beings and an atmosphere that promotes healing and growth.  Not only do boot camps focus on discipline and physical activities, but also on empathy and understanding of others’ ideologies and perceptions. It makes the mind broad and increases acceptance. It is very important to incorporate these qualities in a child to survive in a society that is diverse.

Based on which aspect you want your kid to grasp more of, you can choose for your kid a boot camp of your choice.

Best Music for Your Baby: Beyond the Mozart Effect