Newborn are always so admirable. They are the most delicate and soft creature at birth. These babies undergo growth development very rapidly. There are some features which are commonly seen in babies like long hours sleeping, crying for feeding and lot more. But sometimes other features such as drooling could also be observed. It is very common in infancy but some babies drool more than others , insisting parents to carry extra towels or bibs to dry their mouth.

A Guide for Drooling in Babies

Is Drooling Common in Babies ?

Usually drooling is seen in the first two years of the baby’s life. Infant is not in complete control of functioning of swallow and mouth muscles and this is the reason babies are found drooling during their sleep. Drooling could be seen till 18 to 24 months also. It is most commonly seen during the teething phase.

Above the age of 4 years drooling is not normal. The older child could be embarrassed because of uncontrolled drooling and turn the child into an introvert in later phase of his life.

Developmental Stages of Drooling Among Babies

Since drooling is typically seen during  development phase of his life. There are developmental stages in drooling in babies :

Drooling is less observed when the baby is lying in face up position during the first 3 months of his life. But many-a-times baby aged 3 months drool when he is in supported position or horizontal position.

Now drooling is under slight control but it still  continues when baby reach out to toys or just babbling around. It is also seen during the teething phase.

At this time , drooling is less observed while baby is seen crawling or rolling over but teething can be the reason for drooling.

Till this time the baby has started walking and running and drooling is reduced or rarely seen during these activities. But , peculiar fine motor tasks require concentration which could bring drooling.

Normally drooling is reduced to very less amount till this age as till now regular activities and fine motor activities are increased.But can be seen during feeding and dressing up the baby

Drooling is minimal in amount or almost absent during this age.

Does Drooling Play an Important Role in Baby’s Development ?

Yes , drooling has an important role in baby’s growth development. This indicates initiation of teeth in the baby’s mouth. Along with drooling saliva bubbles are signs of physical development in nestlings. This indicates that the baby is going through a new period of growth. After smelling milk or food if baby drools simply implies that baby’s sense of smell is growing.

Drool is nothing but saliva which contains enzymes. These enzymes help the baby to digest semi-solid or solid food when the baby is four to six months old. This saliva helps in neutralizing the gastric acid of the stomach and also helps in lining development of the intestine mucosa. It simply binds food together due to its skillful nature  facilitating swallowing.

What is Excessive Drooling ?

After passing the normal age of drooling if the involuntary flow of saliva still continues it is termed as excessive drooling .There is need of worry by parents when the baby drools a lot without any common cause.It is believed that excessive drooling occurs due to poor coordination between mouth and tongue which often results in bad swallowing.

Causes of Excessive Drooling in Infants

Following reasons are believed to because of excessive drooling :

Opening of mouth for a long time during the time of blocked nose or has a habit . Because of this , swallowing of saliva is not done at regular intervals and drooling occurs.

Sometimes consumption of certain medicine tend to affect the facial muscles. In few cases lips muscle tone is either increased or decreased which increases the chances of excessive drooling.

Neurological disorders such as Cerebral Palsy and bell’s Palsy show drooling and excessive salivation as a symptom in patients .

Treatment of Drooling in Child

Drooling requires no treatment because it is considered as a normal event to occur during growth phase of baby.But medical attention is recommended if the baby is no more a toddler but still continues to drool. Following are the indications :

If drooling continues with these then it is a matter of worrying.

Because of constant dribbling of saliva from mouth, baby’s lower lip , cheeks, neck and chest show skin irritation.Uneven red colored rashes are to be noticed in these areas. Rash around the mouth due to drooling is termed as drool rash. Wash the rash properly , dry it and application of lanolin based cream is done to sooth it.

Drooling is common in infants during certain period of growth which is a natural way to moisten and soften food and help in swallowing. There is no requirement of any treatment it ceases eventually as the baby grows old but if it continues for a long visit to the doctor is recommended. 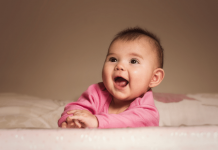 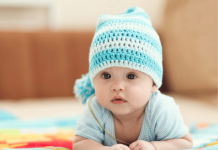 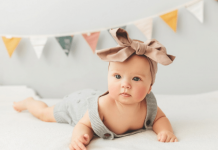 When do Babies Start Talking?