Pregnancy is considered to be normal and healthy in the absence of bleeding. Sometimes blood clot develops within the layers of the placenta and does not heal on their own. This results in vaginal bleeding and a matter of worry for the pregnant mother. It can be suspected as a subchorionic bleed.

What is a Subchorionic Bleed?

Also known as Subchorionic Hematoma, it is defined as the collection of blood in between the uterine lining and chorion (an outer fetal membrane lying next to the uterus) or within the placenta itself. It affects the chorionic membranes. These membranes now tend to move apart and form sac in between the placenta and uterus. Due to the movement, clots are formed which results in this type of bleeding. Light to heavy spotting or bleeding can be observed. The hematomas vary greatly in size, but the small size is frequently found. Most of the hematoma resolve on its own and then women can lead to perfectly healthy pregnancies. 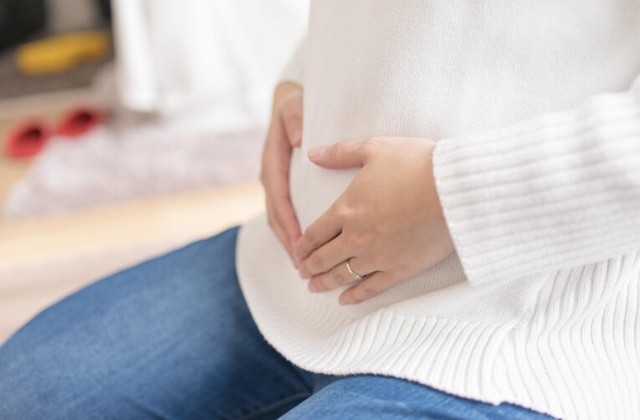 Comparison with Other Types of Bleeding

Bleeding during pregnancy can occur due to various causes, one of them is subchorionic hematomas. Spotting is very common in the first trimester in pregnancy but can occur at any stage of pregnancy. Following are the causes for spotting :

Spotting can be recognized as a few spots of blood. It is always better to report to the doctor if any form of spotting is seen though the symptoms of spotting differ from vaginal bleeding. Bleeding more than a few spots is a totally different sign than developing the subchorionic bleeding. Often heavy bleeding is associated with abdominal pain and dizziness, such symptoms are not seen in subchorionic hematomas.

How common is it?

What are the Symptoms of Subchronic Bleed?

Subchorionic hematomas cannot be recognized easily as they have less noticeable symptoms especially when they are small. Spotting or bleeding during the initial phase of pregnancy can be considered as a sign. But many subchorionic bleeds are often detected by routine ultrasound checkups, with or without any sign or symptom.

The causes of subchorionic hematoma are not known completely. But it is thought to develop during the formation of organs during pregnancy in need to supply oxygen and nutrients to the growing fetus and carrying away the waste from the uterine wall.

Another reason could be abnormal implantation in the uterine wall after the fertilization period. Major studies also support the cause of IVF induced pregnancies as a factor for subchorionic hematoma.

Usually, a major number of subchorionic hematomas dissolve on their own. But in rare cases, a subchorionic bleed may cause placental separation from the uterine wall and thus it can lead to or found to be associated with chances of miscarriage and preterm labor. Miscarriage can be due to abruption of the placenta and this would result in vaginal bleeding. It is always better to diagnose in early pregnancy for a good prognosis.

Should you be Concerned?

A pregnant woman often worries and stress on observing bleeding during pregnancy.  But in case of a healthy pregnancy, the subchorionic bleeding of ends and resolves on its own. It is better to consult a doctor and reassure yourself by routine ultrasounds.

How Subchorionic Bleeding is Diagnosed?

It is important for the pregnant woman to inform her doctor as soon as she notices vaginal bleeding. Now, the job of the doctor is to perform a routine ultrasound to define the location of the subchorionic hematoma as well as it’s size. The doctor may put the woman on complete best rest with avoidance of intercourse until the hematoma dissolves completely.

In most cases, treatment is not required. But the doctor may start treatment to prevent miscarriage by medication like progesterone. Though the pregnant woman is now under observation and restricted from performing certain activities such as hectic work and sexual intercourse. She is expected to be at bed rest.

It is very common to observe subchorionic bleeding during the first trimester. It is always recommended to visit and consult a doctor for proper diagnosis whenever bleeding is seen during pregnancy. Subchorionic hematoma is as such not harmful but can be associated with some drastic pregnancy complications.

11 Facts About Baby Kicking During Pregnancy

Is Maca Safe While Pregnant?