Some of the common reasons for spotting during pregnancy include sexual intercourse, Cervical Polyps, Implantation Bleeding, Vaginal Infection,Loss of Mucus Plug, Subchorionic Blood, Placenta Previa, to name a few

Finding out you are pregnant is a wonderful feeling. It may be the most joyous and memorable day of your life. It also brings forth fears, as you don’t want any problems with your pregnancy and want to ensure your baby develops healthy. So, if you notice spotting during pregnancy, it will worry you and raise alarm bells.

However, the American Pregnancy Association states that around 20 percent women report spotting during the initial 12 weeks of their pregnancy and is a common occurrence. So, does that mean you have nothing to worry about?

Is it Spotting or Bleeding?

First of all, you should be able to distinguish between spotting and vaginal bleeding. Vaginal bleeding refers to discharge of blood from the vagina and this can happen any time from when the egg is fertilized by the sperm until you have your baby.

Light bleeding from the vagina is known as spotting. It usually occurs during the first three months of the pregnancy and is not something that you should be overly worried about. If you see a few spots of blood in your underwear, it is spotting. The color of this blood can vary from pink to red or even brown.

On the other hand, if the flow of blood is heavy enough to soak your panty liner or underwear and you have to resort to using a pad to prevent the blood from seeping through, it is bleeding and different from spotting. This bleeding is definitely a cause for concern and you should waste no time consulting your OB/GYN.

15 Reasons for Spotting during Pregnancy

Now that we know how spotting is different from bleeding from the vagina, let’s take a look at what can cause spotting. Incidentally, there are several reasons for spotting, and thankfully most are benign.

Sexual Intercourse: When you get pregnant, the blood flow to the cervix increases. So, right after sexual intercourse you may experience spotting.

Cervical Polyps: If you have polyps in your cervix, which are non-cancerous growths in the cervix, can rupture after sexual intercourse, leading to light bleeding.

Internal Examination: If your OB/GYN conducts an internal examination, it can cause light bleeding or spotting. Remember, your cervix is filled with blood vessels and even a slight bump of the finger will cause the vessels to rupture.

Implantation Bleeding: When the fertilized egg makes its way to the uterus and attaches itself, it can result in spotting. It occurs in about 20 to 30 percent of pregnant women. This light bleeding is referred to as implantation bleeding and often occurs just before the date of your menstrual period.

Vaginal Infection: Some pregnant women are prone to vaginal infection, like bacterial vaginosis. This infection irritates and inflames the cervix, causing the light bleeding. It requires treatment to get rid of the infection and have a healthy and safe pregnancy.

Loss of Mucus Plug: This occurs in the later stages of the pregnancy. Usually, you will notice the sticky mucus plug streaked with blood. If this occurs, it shows you are going into labor and should immediately contact your OB/GYN and go to the hospital.

Subchorionic Blood: Sometimes, blood can pool inside the placenta or the folds of the chorion. This blood tends to come out of the vagina in the form of spotting. This problem tends to resolve without treatment and does not pose a threat to your pregnancy or growing baby.

Placenta Previa: If the placenta attaches too close to the cervix, it is known as placenta previa. During initial stages of the pregnancy, this is not considered a problem. However, if it is still the case as the pregnancy progresses, it causes bleeding and other pregnancy complications.

Placental Abruption: Sometimes the placenta separates from the uterine wall, leading to bleeding. It is accompanied by severe abdominal pain and requires immediate medical treatment, as it is highly likely your baby will be born still.

Spontaneous Miscarriage: In the initial stages of your pregnancy, you may miscarry without even realizing that you’re pregnant. This miscarriage may present itself in the form of light bleeding that gets heavier.

Breakthrough Bleeding: This type of bleeding or spotting occurs due to the hormones that are responsible for your menstrual cycle. This type of light bleeding can occur once or several times during your pregnancy.

Uterine Fibroids: If you have fibroids in your uterus, it can result in spotting when the implantation occurs at the site of the fibroid.

Inherited Blood Disorder: Some women have the misfortune of inheriting a blood disorder, like the Von Willebrand Disease. This disorder affects the clotting ability of the blood, causing the light bleeding to occur.

Ectopic Pregnancy: If you experience ectopic pregnancy (implantation outside the uterus – usually in the fallopian tubes), it will result in bleeding accompanied with excruciating pain. This is a life-threatening condition and requires immediate medical intervention.

Typically, spotting lasts for about 1 to 2 days and usually occurs at the time when your menstrual period is due. You may or may not notice the spotting.

As you can see there are several reasons for spotting during pregnancy. As mentioned earlier, spotting shouldn’t worry you or stress you out. However, if pain accompanies spotting, you should immediately consult your healthcare provider.

As there are so many different reasons for spotting during pregnancy, it is tough to come up with the single advice. Nonetheless, if you do notice blood droplets in your underwear and it worries you, consult your OB/GYN immediately to allay your fears.

You may have to undergo an ultrasound to ensure all is well with the growing fetus. Your healthcare examiner will perform an internal examination only if the bleeding is heavy to determine the cause.

If the bleeding is heavy, in all probability you are having a spontaneous miscarriage. This bleeding will come with pain and cramps in the abdomen. Don’t work yourself over this. You will be able to conceive again. Look at the silver lining – now at least you know you’re fertile!

Even if the spotting stops, you should still consult your healthcare provider to rule out a problem. A qualified midwife or OB/GYN will be able to spot other symptoms that denote you have a problem and will be able to recommend the next course of action to ensure you don’t miscarry and have a normal, healthy pregnancy.

Will Spotting Affect Your Baby?

When a woman notices spotting during pregnancy, her concerns are usually for the baby growing inside her. Take solace from knowing several women experience this condition in the initial stages of their pregnancy and go on to have a normal pregnancy and healthy babies. In fact, there are some women who bleed throughout the 9 months and still give birth to healthy babies.

If you are pregnant, speak to your healthcare provider to find out what steps you can take to prevent spotting.

If your spotting is due to an infection, it will require proper treatment. Your healthcare provider will prescribe the medication that will get rid of the infection without causing any harm to the baby growing inside you.

Spotting is a common phenomenon during pregnancy and you shouldn’t get alarmed by it. In all probability it is one of those small problems you’ll face during the course of your pregnancy. So, instead of getting worked up and stressed, take it in your stride. You definitely will forget all about it when you hold your bundle of joy for the first time.

It cannot be stressed enough, spotting does not indicate a problem with your pregnancy. While health experts are still unsure why some women experience it while others don’t, you know the reasons for spotting and also know what to do if it occurs.

7 common habits to quit before pregnancy 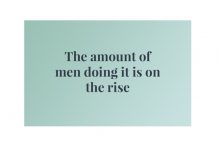 Pregnancy after Miscarriage – 11 Must Know Facts