While many people may not believe this but mostly, snakes are more scared of humans than humans are of them. They would usually not act aggressively against them until and unless they are provoked to do so. But considering the situation of snake bite in children, we will take a look at the snake bite first aid treatment that needs to be provided in this situation.

Poisonous snakes inject venom or poison(envenomation) into its prey, the quantity of which can be regulated by the snakes. There are comparatively more cases of snake bites in agricultural areas as compared to other regions and the victims here can be adults as well as children.

A Guide for Snake Bite First Aid in Children

There are a number of associated symptoms of snake bites in children. If you find your child or any other kid being a victim of snake bite, look for these symptoms:

This effects the local skin and the tissue around the area bitten. For instance, bites by cobras and vipers can lead to bleeding, swelling and may also kill the tissue surrounding the bite area.

The nervous system is directly affected by the venom from sea snakes and elapids. Whereas, cobra and mamba may lead to death without treatment by quickly stopping the breathing muscles. A child may suffer from breathing problems, vision problems, trouble in speaking and numbness.

This can be caused in multiple areas of the body due to venom from Russell’s vipers, some Australian elapids and sea snakes that can have local effects on muscle death or distant muscle involvement. Furthermore, this can also cause kidney failure, as the debris from dead muscle cells can clog the kidneys.

This usually occurs because of the changes in the victim’s hematologic system. The bleeding can occur either from the mouth or old wounds or from the bite site as well.

Spitting cobras and ringhals eject the venom directly into the victim’s eyes. This leads to eye pain and even damage.

First Aid treatment for a Snakebite in Children

A lot of people seek medical help only after determining whether the snake was venomous or nonvenomous, which should not be the case. As even bites by non-venomous species would need proper medical care. If your child has been a victim of snake bite, take him to a hospital emergency department immediately. Also, if the child has not had any tetanus booster within the last five years, he/she should receive one.

As stated above, even a bite from a nonvenomous snake would require wound care and a tetanus booster (if he/she has not had one within the last five years). Also, wash the wound with soap and water and inspect it for dirt or broken teeth.

Be able to identify the snake for better medical help. But this does not mean that you have to put yourself or some other person at risk for another bite.

Do not try to catch the snake as this may lead to a second bite or a second victim as well. Highly avoid doing this.

Remove any items like rings or other jewelry that the victim is wearing as this may obstruct the blood flow if the area swells.

You may use a pressure immobilizer in case the child has been bitten by a dangerous elapid and does not show any local effects. Wrap a bandage at the affected area tightly by limiting the blood flow and then immobilize the extremity with a splint. This is majorly used for Australian elapids or sea snakes and may help prevent life threatening venom effects.

This has been highly recommended by a number of people in the past but on the contrary, this is unlikely to remove any amount of venom from the victim’s body. Moreover, suction may also increase the local tissue damage. Thereby, nowadays this technique is generally not recommended to follow but in case, a person decides to try this, one must follow the instructions carefully.

There are a number of other first aid techniques that are supported by the Medical research. These are as follows:

As snakebite can prove to life-threatening, thereby doctor will treat such conditions first. Other medicines and intravenous fluids may be given to the vitcim who is in shock as this will help to maintain the blood flow. For those with breathing difficulty may require a ventilator machine or a tube in his/her throat to cure the breathing problem.

Prevention of snakebites in children

You can always take some preventive measure from your side in order to prevent your little one and even yourself from a snakebite. Some of the preventions are:

Teach your child to never tease or try to catch a snake even in a fun manner as this can be life-threatening because many children fail to understand this. Also, do not wait for your child to show some symptoms to take him/her to the hospital. You should immediately rush to the nearest hospital as and when you get to know about it.

What is ABA Therapy and How it Works? 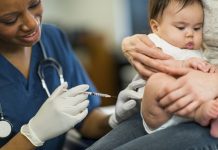 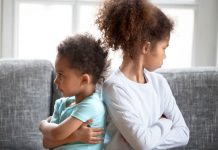 Sumatriptan for Migraine Headaches in Children: Dosage, Uses, and Side Effects