A group of symptoms that are linked to the menstrual cycle is known as Premenstrual syndrome(PMS). Symptoms of PMS occur one to two weeks before the period starts, and they usually stop after that.

Some symptoms of PMS closely resemble that of pregnancy, due to which a woman has difficulty in determining if she is pregnant or her period is about to start.

This article describes some differences that a woman needs to know to differentiate between PMS and pregnancy. 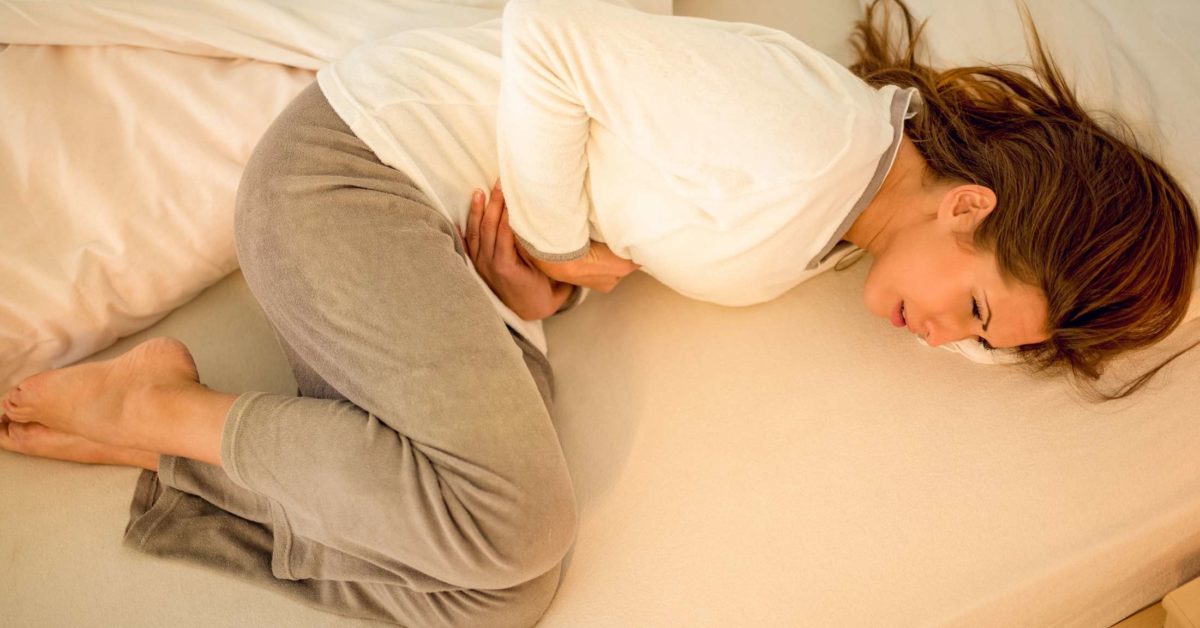 Some difference between PMS and pregnancy that you need to know are as follows:

PMS: Breast tenderness and swelling occur during the second half of the menstrual cycle during PMS. Tenderness in breast ranges from mild to severe and is most severe exactly before the periods. Women have more severe symptoms in their childbearing age.

Breast tissue in the outer area becomes bumpy and dense. A woman may have a feeling of breast fullness and she may have heavy, dull pain. The pain improves either during periods or after the periods when levels of progesterone tend to decrease.

Pregnancy: Breast during pregnancy is sensitive and tender to the touch. They are also fuller and heavier. This tenderness of breast is seen within one or two weeks after conception and lasts in sometime when levels of progesterone begin to rise during pregnancy.

PMS: Generally, in PMS there is no bleeding or spotting. The flow is heavier and lasts up to a week if a woman has her period. Some conditions can cause irregular bleeding such as ovarian cysts or endometriosis.

A woman should consult with her doctor about any bleeding that occurs outside the normal menstrual cycle.

Pregnancy: Vaginal bleeding or spotting which is usually pink or dark brown is one of the first signs of pregnancy in some women. This usually happens 10 to 14 days after conception and is not enough to fill pads and tampons. Spotting during this time is shorter than a normal period which lasts for a day or two. The volume of flow in pregnancy is also low as compared to a period.

PMS: During PMS a woman may be irritable and feel a bit grouchy. She may also feel anxious and have crying spells. Once the period starts these symptoms go away.

Exercise and plenty of sleep may help a woman to edge off PMS mood swings. If a woman feels sad, overwhelmed, and hopeless for two weeks or more then it indicates depression. So, she should talk to her doctor.

Pregnancy: Mood swings during pregnancy lasts when a woman gives birth. A woman may be ecstatic and excited, looking forward to the new member of the family. She may also have moments of sadness and cry more easily.

If a woman is concerned about her symptoms and she thinks she is depressed then she should talk to her doctor. Depression during pregnancy is common so, it should be treated.

PMS: Fatigue and tiredness are common during PMS. These symptoms go away when the period starts. Exercise can help a woman to improve sleep and decrease fatigue.

Pregnancy: During pregnancy levels of progesterone hormone increase, which can make a female tired. Fatigue is more pronounced during the first trimester and lasts throughout the pregnancy. To cope with this, a woman should eat well and sleep well.

PMS:  If a woman has a late period then she should not expect nausea or vomiting, but nausea which is a digestive discomfort can accompany symptoms of PMS.

Pregnancy: When a woman is pregnant, morning sickness is one of the clear and classic symptoms. Bouts of nausea begin after a month of pregnancy. Nausea may or may not be accompanied by vomiting. The name morning sickness is a misnomer because it can occur at any time of the day.

PMS: During PMS eating habits of a woman change. She may crave for chocolate, carbohydrates, sugars, sweets, or salty food. These cravings are not similar to the cravings of pregnancy.

Pregnancy: During pregnancy, a woman may have highly specific cravings and she is least interested in other foods. She may also have an aversion to certain smells and tastes. These effects remain throughout the pregnancy.

During pregnancy, a woman eats things that have no nutritional values like ice, dirt, dried paint flakes or pieces of metal. She should consult her doctor if she has cravings for non-food items.

PMS: A woman has PMS then she may experience cramps before 24 to 48 hours of period. The pain will decrease during the period and go away by the end of the flow.

Menstrual cramps decrease after the first pregnancy and with age. In some women, cramping increases when they go into menopause.

Pregnancy: A woman experiences mild cramping in early pregnancy. These cramps are similar to cramps during the period, but they are in lower stomach and lower back.

These symptoms should not be ignored if a woman has a history of pregnancy loss. She can have the cramps for weeks up to months if she is pregnant. If these cramps are accompanied by any bleeding or watery discharge, then she should consult her doctor.

Pain In The Neck, Back, And Head

PMS: According to one study, it is found that women with more inflammatory markers during their periods experience more back pain. Headaches can be triggered before periods because of fluctuating levels of estrogen and progesterone, especially in women who have a history of migraines.

Pregnancy: In the early stages of pregnancy, lower back pain is one of the most complain of a woman. The pain is due to hormonal changes and can range from dull to disabling.

Headaches are also common during pregnancy, they are also triggered by the hormones, but sometimes the bad smell can also trigger this.

PMS: In PMS breast changes occur, but nipple changes are rare before a period.

PMS: During PMS bloating is due to fluid retention which is natural and it gives a feeling of fullness. The weight of a woman might increase and then decrease as periods start.

Pregnancy: Bloating is more during pregnancy, especially after having a meal due to fluctuating hormones.

PMS: Acne may appear before a period, and in some women, it indicates that she is going to have her periods. In many cases, acne disappears after the period or when the period starts.