In these times, communication and cohesion are extremely important skills any child needs to have. Communicating well enables individuals to know and ask for what they need, and can result in higher self-esteem and awareness. With higher self-esteem, there are lower instances of violence, bullying and self-destructive habits. Teamwork and communication are life skills.

Here are the best team building activities you can try out with your kids and teens:

Sometimes, children and teens experience difficulties in expressing themselves, so you can set aside a journal or a notebook that can act as a safe space where they can write down their feelings and thoughts they feel too embarrassed or shy to express while speaking to you, as long as you do not judge them or make them feel bad for expressing themselves in such a fashion. 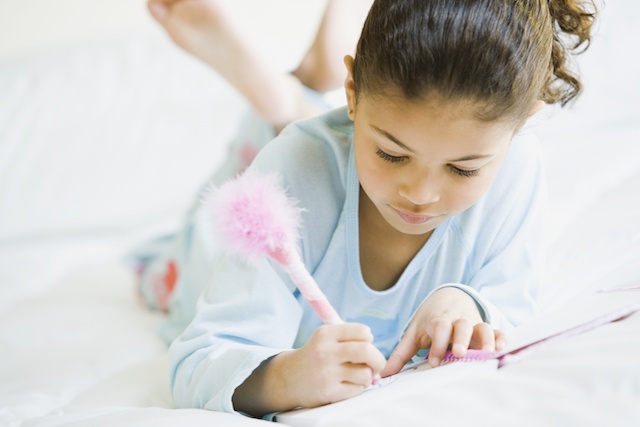 This combines the fun of drawing and painting with teamwork. Draw and colour any cartoon or object on a sheet of paper, then neatly cut it into squares. Cut the image in such a way that when you join the pieces, the entire picture is in place. Give each child a picture and ask him or her to reproduce a copy of the image. After 20 minutes, ask the children to bring their drawings together and join them to see if they are able to recreate the picture. They can make changes to their work if needed, to make the final reproduction as accurate as the original one.

This activity is a bigger version of rock, paper, scissors combined with tag. Each team decides on their action for the round and meet in the middle where they will perform the action on your command. The losing team has to run back to their safe zone without being tagged by the other team.

Write-out scenarios that might provoke emotion in the participants. The scenarios should be generally light emotions like forgetting your lunch, losing your phone, hearing a rumour about you, waiting for a bus, forgetting your notes etc. Each child then gets a scenario and acts it out with no speaking. After the scenario is guessed, discuss the emotional response.

Kids have to quickly arrange themselves in the increasing order of height without talking to each other or making any sounds within a short period of time. By the time the dragon (you or your partner) wakes up, the kids should be ready to shout “Boo!”

We Have to Leave Now!

Write down emotions (like anxious, angry, guilty etc.) onto strips of paper, fold them and put them in a bowl. Have each child take a prompt from the bowl and read the sentence: “We all need to get our things and move to another building as soon as possible!” expressing the mood they’ve selected. After each child has read their sentence, the other kids should guess the emotion of the reader. Each child should write down assumptions they made about each “speaking” kid as they read their prompts.

The group has to react as quickly as possible to the commands signalled out by you. The last to react is out of the game.

You draw out categories on sheets of paper (such as black shoes, blue books), and your kids have to find things according to that category.

Gather a stack of newspapers and let the kids go through them to choose a favourite panel of their choice from the comic strips or news headlines. All kids should keep the panels to themselves. Then group the kids together in teams and let them show their panels, and the team should work together in creating the best possible story using the panels that they have.

This game can be played using Lego blocks. Split the kids into teams and each team into two groups. All the groups have to construct one half of a bridge by themselves without looking at anyone else. Once they are prepared, they have to figure out if their half fits together with half of the other group.

Begin the activity in pairs and get the kids to lie on the floor on their stomach, with one of them holding onto the ankles of their partner. The aim is to move like a snake without letting go of their partner’s ankles. The difficulty of the activity can be increased by adding more people to each ‘snake and without speaking’.

By making use of a variety of objects before them, each kid has to make their tower and try to make it as tall as possible.

Divide the kids into teams of two and one kid has to pick a topic blindly and talk about it for two minutes. The other child will have to listen and recap what their partner has said at the end. There is no debate, agreement, or criticism in the recap and they switch roles and repeat the process.

Separate kids into groups of two, one kid in each group will perform the role of Child A, and one will perform as Child B. Give each kid a copy of any interaction based script and Child A will read their lines out loud, but Child B will communicate their lines in a nonverbal manner.

Provide Child B with a secret emotional distraction that is written on a piece of paper. For example, Child B may be in a rush, maybe really bored, or maybe feeling guilty. After the dialogue, ask each Child A to guess what emotion was affecting their partner, Child B. 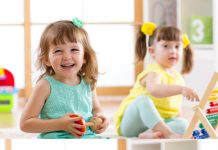