Nipples can be affected by health problems the same as the rest of the body. In most cases, there is itching, irritation which are not serious problems but other changes are warning signs of breast cancer. Some women may experience discharge, swelling, and pain. Whatever the problem it is necessary to recognize worrying signs and consult to doctor to rule out anything serious. 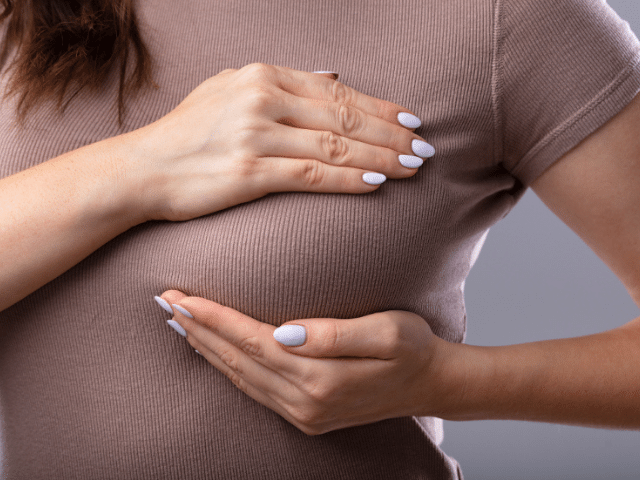 7 Common Nipple Problems with Their Causes and Treatment:

It is a condition in which the breast tissue becomes red and inflamed. Around one in ten women develop mastitis when they breastfeed their children. According to the NHS, mastitis is caused by a build-up of milk within the breast. Mastitis can happen due to various reasons including the baby not properly attaching to the breast when feeding, infrequent or missing feeds, or a baby having a problem in sucking.

Due to this breast tissue may become red and inflamed which is hot when touched. A burning sensation is experienced by a woman when she feeds the baby. In some woman’s nipple, discharge, and flu-like symptoms may be there. When build-up milk in the breast becomes infected with bacteria, we need antibiotics to treat them. Mastitis can develop in women who aren’t breastfeeding, but this is rare.

Any change in texture and colour of the skin and any change in the nipple can be a warning sign for breast cancer. Experts advise that every woman should check their breasts each month for signs of cancer because one in eight women develops the disease in their lifetime. The first sign of breast cancer is a lump or area of thickened tissue in the breast. If a woman notices any unusual changes in her nipples and boobs, then she should consult her doctor.

Paget disease is a rare form of cancer that causes eczema-like dry skin patches on the breast and nipple. According to NHS, it is usually a sign of cancer in the tissue behind the nipple. Other symptoms of Paget’s disease are- itching, tingling, or redness int he nipples and areola, flaky, crusty skin, nipple appears more flat than normal, and there is yellow or bloody discharge. A doctor should check all of these symptoms and diagnose Paget’s disease.

It is a non-cancerous condition in which milk ducts become wider. Duct ectasia may also cause blockage in the milk ducts due to which there is leakage of milk. There can be an infection, inflammation, and nasty abscesses due to blocked milk ducts.

Duct ectasia can cause pain, but it is not common. This condition is common in women who are approaching menopause due to hormonal changes.  A woman should always go to the doctor if she gets any changes in her boobs.

When there is a milky discharge from one or both nipples it is known as galactorrhea. This is found in 25 percent of women.

Galactorrhea is caused by an increase in the hormone prolactin, by which the production of breast milk is stimulated. Certain medications like anti-depressants, blood pressure drugs, and anti-psychotics also cause discharge. Synthetic hormones present in contraceptive pills can also cause galactorrhea.

A small wart-like lump that appears close to the nipple is known as intraductal papilloma. It is formed in the milk duct and is usually harmless. A woman may experience pain, but it will not cause any discomfort.

Due to this, there can be a bloody and sticky discharge that leaks from the nipples, so consult to a doctor if that starts to happen.

Many nursing mothers endure this. It is because of the poor latch at the breast and suction trauma due to improper positioning of the baby at the breast.

A woman should consult her doctor if she has:

A doctor will examine the nipples and areola and ask a woman:

By doing this a doctor should have an idea about the problem and depend upon the cause doctor conduct following tests:

When there is nipple discharge then the doctor does a test to find out how many of the ducts that bring fluid to the nipples. This test is known as ductography. In this test, a dye is injected into the breast and then an X-ray is taken to monitor the function of ducts.

A doctor may recommend skin biopsy if a woman has Paget’s disease, which is rare breast cancer. In this, a tiny piece of skin is removed from the breast for examination.

This a blood test in which the level of hormone which stimulates milk production is checked.

This is a blood test that is done just to check if the thyroid gland is working properly or not.

CT or MRI scan is recommended by the doctor if none of the above tests are conclusive, to examine the breast further.

Depending on the cause, there are different treatments available for nipple conditions.

7 Quick Ways to Increase the Fertility of Your Cervical Mucus