Spontaneous combustion, concussions, spinal injuries, broken bones and bumps and bruises are some of the most common hoverboard injuries.

Hoverboards got their name from how they feel. If you can ride one without breaking your neck, you are likely to feel like you’re gliding above the floor a few inches high. People also stole the name from Back to the Future where they had actual hovering boards. But these things don’t really hover. They roll powerfully. Standing on a rolling log sounds like a guaranteed way to end up on your butt, but some folks do ride them successfully and look pretty amazing while they’re doing it.

Now, imagine your child on a hoverboard. It might seem as the best thing to get for your child, because not only will it help in transportation up to an extent, but it will also keep your child busy for hours and thus keep them out of other kinds of far more dangerous mischief. However, hoverboards come with a set of their own dangers, which no parent should ignore. Hoverboard injuries are common and every parent should know about them in order to be safe. Here are 5 most common hoverboard injuries:

Hoverboard for Kids: 5 Common Injuries You Need to Know 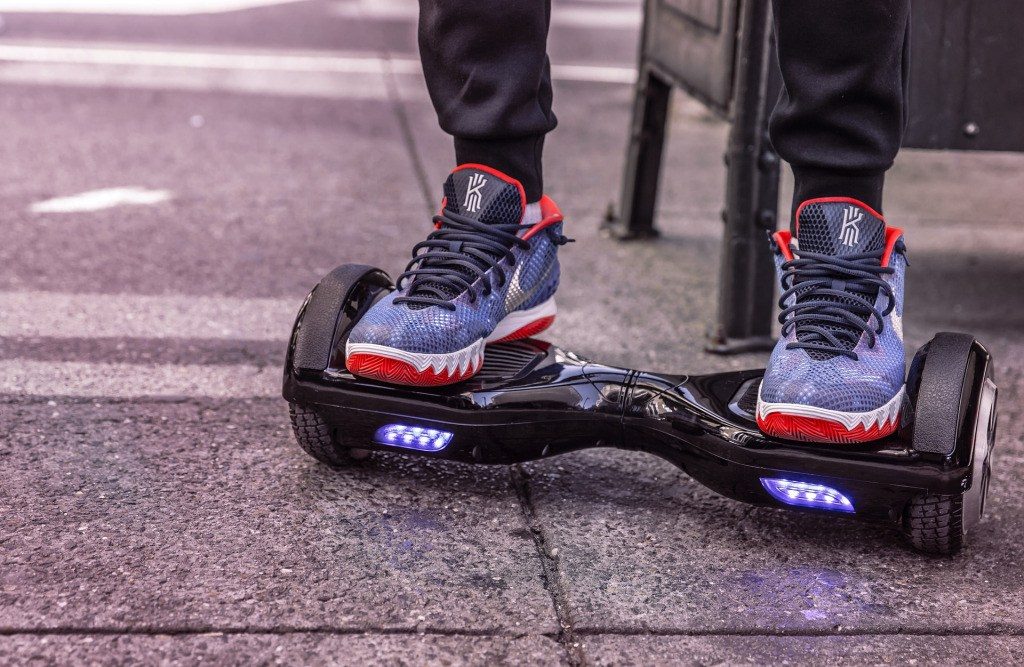 The most dramatic danger of hoverboards is their tendency to burst into flames or even to explode. They’ve caused fires and burns. Nobody has figured out what was causing hoverboards to spontaneously combust. It probably has to do with the batteries. Until there’s new information, one of the suggestions would be to charge the hoverboard in a place where a fire cannot be started. Also, charge the hoverboard in a place where you can watch it. Presumably, this is in case it starts a fire, you’ll be able to put it out quickly. One issue with being in the same room while it charges is its tendency to explode. Charge it somewhere that it won’t cause a fire and you won’t lose an eye in the explosion. And, don’t charge it right after it has been used (when it’s still hot) or charge it and put it back in the packaging (such as for a gift) because it will still be hot.

Concussions are just one form of head injury and falling off a hoverboard doesn’t discriminate between different types of head injury. However, a concussion is one of the worst-case scenarios. Wear a helmet. Just like bikes and skateboards, some kids and even adults really don’t like to wear safety gear. Ask your kids to get over it. It’s better to look a little goofy than to forget where you live several times a day.

Nothing feels like driving that thing right out from under your feet and cracking the back of your head on the coffee table. Tell your kids that their head is like a perfect lever to twist and pull your neck. Hitting your head on the way down is the quickest way to break your neck. Modern medical treatment doesn’t yet have a way to fix complete spinal cord separation. It’s not that nerves can’t repair themselves. It’s kind of like splicing a giant telephone cable back together without being able to know which wires to connect. Unfortunately, a helmet won’t fix this problem and you can’t run around wearing a cervical collar prophylactically. The best prevention for a cervical spine injury is not to ride a hoverboard in the first place. Either that or get really good at it so you’ll never fall.

Nobody likes to slam your head on the ground. One way to avoid that is to put your hand down to break your fall. Of course, break your fall is exactly what you might do. Wrist fractures are the most common significant skateboard injuries and i predict they will be the most common hoverboard injuries, too. That doesn’t mean there aren’t plenty of minor bumps and bruises, but those don’t get reported like a broken bone does.

Finally, there are going to be bumps, bruises, and scrapes. There might even be stitches in your future if you insist on riding a hoverboard–especially if you’re old enough to buy alcohol legally (which, by the way, increases the potential for to precede any hoverboard injury).

There’s no single reason why these hoverboards are exploding, and there’s no sure-fire way to avoid potential catastrophe if you want to buy one for your kid. There’s no particular brand of hoverboard to avoid — they all seem to come from thousands of interchangeable factories in China — or any label on the box that guarantees a product won’t explode. And much of the advice we’ve seen issued by local fire departments and government agencies isn’t likely to help. So, it is always better to be careful rather than regret buying a hoverboard.

8 Ways To Protect Your Baby From Flu This Monsoon