Pregnancy is considered an immunocompromised state. Therefore, during pregnancy, a woman is at high risk of infections. Pregnant women need to be extra careful in this phase of her life. Infections can be caused due to fungus, bacteria, or viruses. One such viral infection is caused by the Epstein-Barr virus.

What is Epstein-Barr Syndrome?

Epstein Barr Virus (EBV) another name for herpesvirus 4, human herpesvirus family member. It is the most common human virus. By the age of 35 years, almost all people have antibodies to EBV in their blood. Disease caused by EBV is known as infectious mononucleosis or glandular fever. The childhood infection of EBV is asymptomatic, but in 35 to 50% cases it may develop into mononucleosis. The virus remains dormant in the childhood phase and can be activated at any time. The virus can be detected in the saliva and thus is also known as “kissing disease”. 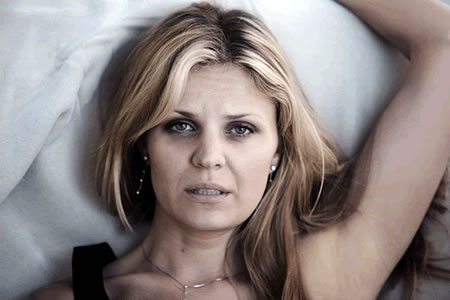 Does it cause an infection or disease?

There is no apparent infection seen in healthy infants and adults from the first introduction to EBV. Though in teenagers and young adults or people in immunocompromised state significant symptoms can be observed and can even progress to infectious mononucleosis (“mono”)

EBV is not the only virus causing infectious mononucleosis but is the most common cause. Out of every 4 infections with EBV 1 will result in mononucleosis infection. EBV has the potential to cause many more diseases and conditions like :

Is it dangerous during pregnancy?

Different studies show different results and therefore, until now, the correlation between EBV reactivation during pregnancy and congenital abnormalities or low birth weight or premature delivery is not known. Though a study demonstrated the relationship between significant EBV reactivation and premature delivery and low birth weight. But we do not have a confirmative conclusion upon the EBV and it affects on pregnancy. More research is required. Moreover, almost all studies agree that EBV reactivation is not linked with fetal death.

How does it spread?

The spread of viruses is often through saliva but can be spread through all kinds of bodily fluids. As the disease is commonly seen in teenagers it is called kissing disease. Other body fluids such as blood and semen may also carry the virus and thus it is possible to get the disease through blood transfusion or sex or from an organ transplant. Once the virus may make you sick and can remain inactive for a long period. Later, after reactivation, it may again become contagious.

These symptoms do not last for long, not more than 2 weeks. While fatigue can last for a longer duration. Most of the children and healthy children will remain asymptomatic or may show symptoms of the common cold. Symptoms are more specific in people with a compromised or weak immune system like persons with HIV / AIDS, pregnant women, teenagers.

Diagnosis cannot be made based on symptoms like fever, fatigue, and sore throat. A doctor may examine and find other signs such as enlargement of spleen or liver. The blood tests can show antibodies against EBV. Another blood test may show an increase in the number of white blood cells (WBC) to fight against the infection. Liver function tests may also help in diagnosis.

Till now there is no effective treatment against EBV or most of the viral disease. These patients cannot be treated with antibiotics. Symptomatic treatment can be used. Such as analgesics and antipyretics can help in reducing body pains and fever. Proper rest with plenty of water intake can help to manage the symptoms. In a pregnant woman, acetaminophen is found to be effective in treating the fever and body aches with minimal side-effects.

EBV disease cannot be prevented as there is no vaccine available for it. The best way to prevent it is to maintain distance or rather staying away from people suffering from mono. Sharing for items like toothbrushes, utensils, and glasses should be avoided with infected people.

Risks for the baby

There is minimal risk for a child to be born with EBV from an infected mother. There is no clear relationship between the virus with the pregnancy. But if even the EBV is transmitted to the baby, then also throughout the infancy and childhood, the child would remain asymptomatic. The most common time when symptoms appear is about 35 years of age.

EBV virus can be detected in breastmilk but is found to cause no harm to the infant. Studies show no abnormality in children breastfed from infected mothers. Though it is better to consult a doctor about the EBV status of the mother.

Though EBV seems to be less harmful in healthy people, pregnant women should take proper care and prevent themselves from incoming contact with an infected person to avoid unnecessary body aches and fever. Sometimes mono can also lead to complications and therefore, it is important to visit a doctor as soon as possible.

Drooling in Babies: Things You Need to Know?

51 Nature Names for Girls with Meanings