When you become pregnant, cravings are a problem. Cheese is an ingredient that is used in every dish a pregnant female comes across. But a pregnant female should forego cheese because most of the soft cheeses are made from unpasteurized milk.

The following article explains what is blue cheese, safe blue cheese during pregnancy and what should be done if a pregnant female consumes blue cheese.

What is blue cheese?

Blue cheese is an aged cheese made from cow’s, goat’s, or sheep’s milk. The cheese has a salty, sharp, and pungent note. There is low fat and high sodium in blue cheese so, anyone watching their blood pressure should take care. It is considered that molds in food are dangerous but, not all molds are the same. The two toxins that generally occur are mycotoxins and aflatoxins, but molds in cheese do not produce them. This makes consumption of blue cheese safe and the spotted appearance in blue cheese is a sign of fermentation.

According to some studies blue cheese may improve cardiovascular health and slow down signs of aging. 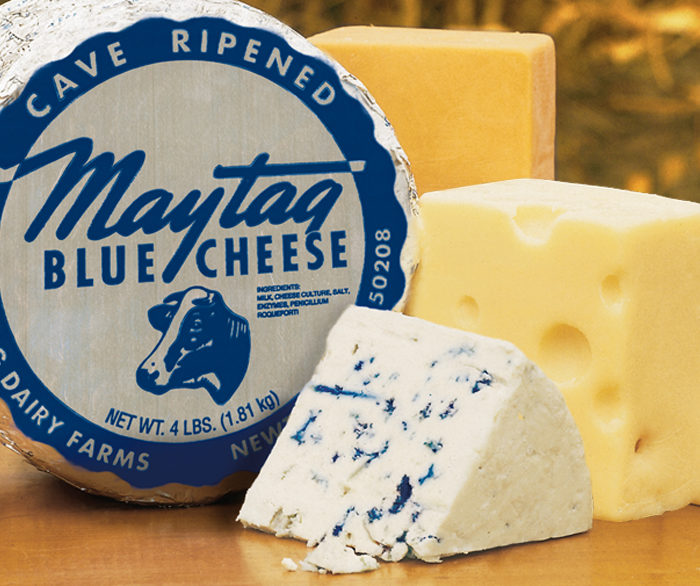 Can you eat blue cheese while pregnant?

Yes, blue cheese can be eaten during pregnancy. But you have to be careful. Blue cheeses are generally made using unpasteurized goat’s milk. Miscarriages are caused by a bacteria known as listeria which is present in unpasteurized milk. To get rid of this cheese should be cooked and pasteurize the blue cheese. When an individual is exposed to this bacteria an infection occurs which is known as Listeriosis. Due to this, there is a weakening of the mother’s immune system which makes her more prone to diseases and other infections. Another possibility and side effect of Listeriosis is abnormal child development and post-birth. In summary, for pregnant moms consumption of cooked blue cheese is safe.

As a thumb rule, pregnant moms should avoid all soft blue cheeses. This is because there can be higher counts of the listeria bacteria in blue cheese, due to which there can be complications during pregnancy.

Following are the soft blue cheeses that are unsafe:

Following are the risks associated with eating unsafe blue cheese during pregnancy:

What kind of cheeses are safe during pregnancy?

In general, consumption of hard blue cheese during pregnancy is a safe bet.

Some safe soft blue cheeses are recommended during pregnancy:

A big question is what can we make out of our hard blue cheeses? There are so many recipes available online but we have gone with our favourite dishes. Here we will talk about what can we do with blue cheese:

For a delicious treat, it is best to sprinkle some hard blue cheese on pizza over the toppings. Mushrooms, jalapenos, vegetables, and spices are added to play around with the flavours. To satisfy bread and cheese cravings simultaneously pizza is a great way. There is nothing to regret and it is healthy also.

There is a high amount of protein, fiber, and carbs in tortillas. The tortilla can be made delicious if it is simply stuffed with juicy chicken breast, salads, and melted blue cheese. This will also increase iron and folate intake during pregnancy.

Blue cheeses are versatile. There is no comparison of a nice, chunky, juicy steak topped with gooey melted blue cheese. Beefsteak is recommended for the best results. Grill fish steak and top it with shredded pasteurized blue cheese to satisfy the craving for seafood. To turn this into a delicious treat sprinkle wakame or seaweed.

Pasteurized blue cheese can be used as salad if someone is tired of regular salad dressings. It is very easy and simple to make salad. To add an extra layer of creaminess to them just add blue cheese dressing to it.

Do not panic if you have accidentally consumed unpasteurized blue cheese during pregnancy. There will be no symptoms of Listeriosis infection before 30 days. But just for safety purpose monitoring of health should be done and look for signs of flu and fever. Contact local healthcare and ask for help if fever goes beyond normal body temperature.

Sometimes nothing may happen. But to prevent infection from getting worse as soon as possible don’t take chance and watch for the expected symptoms. For confirmation of infection, blood tests are recommended. If the condition is diagnosed early then antibiotics are prescribed for effective treatment.

Blue cheese is soft, just cook it and eat. Eat it directly if it is hard nothing will happen. But if an individual wants to consume soft cheese then it is suggested that make sure they are made from pasteurized milk. Pasteurization kills the bacteria present in blue cheese and makes it safe for the baby.

Urinary Incontinence and Pregnancy: Are You at Risk?

Castor Oil to Induce Labor: 11 Benefits and Side Effects No...