Music can make you feel better, but can it really make your babies smarter? According to certain research and studies, it certainly can make you more intelligent. However, the jury is still out on this finding. Researchers have found when Mozart was played to young children, it helped improve their listening skills, concentration and self-discipline. So, wouldn’t you want this for your baby?

What is the “Mozart Effect”?

Wolfgang Amadeus Mozart was a prolific and influential composer of the late 1800s, who showed prodigious ability from his earliest childhood. The notion that if children or even babies listen to music composed by Mozart and become more intelligent and disciplined is known as the “Mozart Effect”.

The phrase “Mozart Effect” was coined in 1991. Mozart was undoubtedly a genius and his music is complex. Researchers hoped that if we listen to enough of it, a little of that intelligence might rub off on us.

The Mozart Effect was first reported in 1993 by scientists at the University of California at Irvine. It was then replicated by the same group in 1995. The study, which did not look at the effect of Mozart on babies, found that college students who listened to a Mozart sonata for a few minutes before taking a test that measured spatial relationship skills, did better than students who took the test after listening to another musician or no music at all. However, this effect did not last for a long time. Out of this hype, the notion started that babies who listened to classical music would come out to be smarter.

The Benefits of Music for Babies and Children

There is a book entitled ‘The Mozart Effect’ by Don Campbell. He has condensed the world’s research on all the beneficial effects of certain types of music. He also states that “Music has a tremendous organizing quality to the brain.” Some of the benefits of the Mozart effect on children are:

There is a way in which music can make a difference to our IQ. However, learning to play an instrument can have longer-lasting effects on spatial reasoning. In several studies, children who took piano lessons for six months improved their ability to work puzzles and solve other spatial tasks by as much as 30 percent.

Have you heard of the term ‘infant determinism’? In older times, it was said that a critical period early in development has irreversible consequences on the rest of the child’s life. Hence, during pregnancy, soon-to-be mothers used to indulge in hobbies and activities that they wanted their kids to learn and perform during their lifetime. Listening to music was the easiest of all, as it helped both mom and baby relax.

The Centre for New Discoveries in Learning has been evaluating the use of music and learning, both in the classroom and outside the classroom, for the last few years with thousands of students. It was found that students listening to Mozart felt calmer, could study longer and had a higher rate of retention. It was noticed that special music, known as Mozart Effect pieces, recorded at just the right tempo, activated the left and right brain for the maximum learning and retention. The words your child reads or says aloud activates the left brain and the music activates the right brain. According to the research, this method increases the learning potential to a minimum of five times.

The term classical music defines the music composed by composers like Bach, Beethoven and Mozart. This music is different from music such as rock and country. Unlike other music, it has a more complex musical structure. Even 3-month old babies can pick out that structure and recognize them when they hear it again.

So, does playing Mozart make babies smarter? Well, researchers reckon certain types of music like Mozart makes our brains work more and hence, can spur intelligence. However, you can only become smarter if you are exceptional and already have the aptitude. 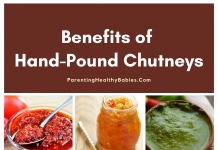 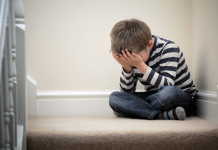 10 Health Benefits of Ataulfo Mango in Your Diet