Being pregnant is the most beautiful feeling that a women experience in her life. During pregnancy a woman experiences many changes in her body like weight gain, expanded belly, increase in breast size etc. along with all these changes there is also change in feet of the women.

Relaxin is the hormone which is considered as key hormone during pregnancy. It plays an important role in throughout the period of gestation but it is thought that during the last trimester the role of this hormone increases because it softens the ligaments of hip and pelvis which helps in delivery. Along with hip and pelvis relaxin also softens the ligaments of knee, ankles and feet due to which the weight of the baby is not tolerated by the mother and there develops soft tissue injury, because the ligaments now are not as strong as they were before. As a result there may be changes in the feet and legs of a pregnant woman.

All You Need to Know about Corn on Foot During Pregnancy

What is a Corn?

A corn is a small, well defined, thickened  area  on the skin which is painful, hard and develops because of friction or pressure on the feet. Corn develops as  a result when the skin of the feet tries to protect any underlying injury from pressure or friction. Corn is  not dangerous but may cause irritation. The thickened skin which form a corn is medically known as hyperkeratosis. The shape of a corn can be conical or circular and the appearance may be waxy, dry  and translucent.

Locations of corn are:

Signs and Symptoms Indicating a Corn

The patient is advised to go to a doctor if a corn becomes very much inflamed and painful. As there are many home remedies also for treatment of a corn but the patients with poor circulation and who have soft skin or have any nerve problem should firstly go to doctor before treating it at home.

Causes  of Development of a Corn

The following are the various causes due to which there develops a corn :

Certain risk factors for developing a corn are:

As the age of a person increases the fat which covers the foot tends to lose and the foot becomes flat and wide. Due to this flattening and widening of the foot , the foot doesn’t fit properly in the shoe and rubbing occurs due to which the skin becomes thickened and corn develops.

It is seen that development of a corn is more in women than men because they wear different types of shoes according to their dress, exercise etc. due to which their feet have to adjust daily according to them.

During pregnancy there is weight gain in women and additional pressure is applied on feet which is not normal so because of this pressure there develops a corn and therefore pregnant ladies are at higher risk.

The job which a person is doing plays a major role in developing a corn like a person who is lean to a work in which the person is on their feet and does a lot of physical work are at higher risk.

Diagnosis of Corn on Foot During Pregnancy

When there is excessive pain and one go to doctor for treatment then the doctor will first differentiate whether it is a corn or a wart and for this the doctor just scrap off some skin and diagnose it.

If  after scraping off superficial layer of the skin it bleeds then it is not a corn and it is a wart and if after removal of superficial skin it revels dead skin again then it is a corn.

Treatment for Corn on Foot During Pregnancy

Medical, surgical and natural home remedies are the various options for the treatment of corns. These are as follows:

Medicines and other Medical Supplies

Medicines in liquid and gel form are available which when applied to  corn softens the hard part of the skin.

There are also special pads available which are  to be placed over the corn and by doing this they prevent further rubbing and pressure over the corn. These pads are also sometimes medicated so that they can dissolve thickened part of the skin.

This is also a good way to treat a corn, in this method pumice stone is to be rubbed against a corn until the dead skin is removed. Patients having diabetes are not advised to use pumice stone because if skin breaks then it may infections.

To eliminate the pain of a corn a surgeon can cut off the corn and it can be the permanent treatment.

Doctors also often burn the corn off by applying acid treatment this treatment is also an option for treatment of a wart.

Natural Cures and Other Remedies

Following are the remedies for treatment of a corn:

A corn is thickened area of skin which is due to pressure on that part of the skin, it is not harmful but when painful then should be treated. 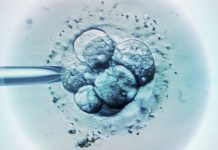 Black Mold Exposure During Pregnancy: Is It Harmful?