What is Colloidal Silver? 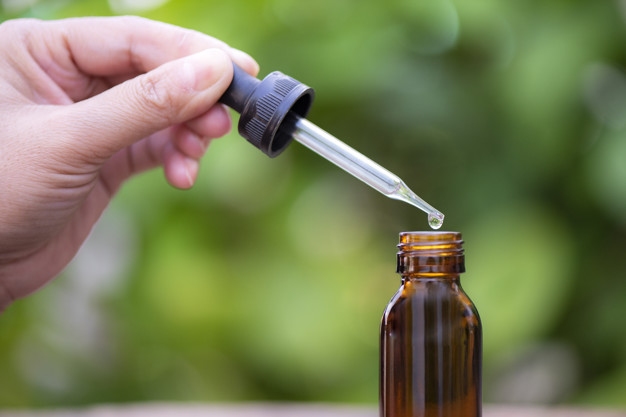 In ancient times there was a great popularity of using colloidal silver to treat bacterial, viral and fungal infections. But nowadays the development of modern antibiotics has replaced its use. Some people also use it to treat illnesses such as Lyme disease, tuberculosis and HIV/AIDS.

How does it Work?

When taken orally and applied on a wound colloidal silver works by its antibacterial and antiseptic effects. The exact functioning of colloidal silver is unknown. Some research suggests that it damages the cell membrane of bacteria by attaching with the proteins present in cell membranes.

Due to damage in the cell membrane, the silver ions from the solution passes into the cells and interferes with the metabolic processes of bacteria and damage its DNA, which eventually leads to cell death.

The antibacterial and antiseptic effects of colloidal silver depend on the size and shape of silver particles, as well as their concentration in a solution. A solution that contains a large number of silver nanoparticles is more beneficial because it releases more silver ions due to the greater surface area.

The medicinal property of colloidal silver is due to silver ions so they are considered to be “biologically active”. The ions are released when they come in contact with moisture such as body fluids.

For the treatment of yeast infection, it can be used internally and externally. Topically it is safely applied two to three times a day without any adverse effects. Orally the dosage in initial days should be small, about 1 tablespoon per day.

A patient may feel initially worse when treated internally because of the release of toxic waste by dying fungus. This is known as Candida die off. Due to this reason, it is suggested that internal infection should be treated gradually.

It is known that colloidal silver is not used for the treatment of fungal infection but is also used for bacterial and viral infections.

According to some studies, colloidal silver inhibits the growth of some strains of fungi. It can be taken orally or can be applied topically. Douches of colloidal silver can be effective to treat yeast infections in the vagina and cervix. But at present, there is little evidence which shows that colloidal silver is a reliable antifungal agent.

Different types of silver nanoparticles help to kill viral compounds as suggested by some studies. It can be effective against the common cold, flu virus, etc. The concentration of the nanoparticles can vary, and according to a recent study colloidal silver is found to be ineffective at killing viruses.

Colloidal silver was one of the most popular antibacterial treatment before the discovery of antibiotics. It can kill a wide range of bacteria and because of this property used in some healthcare products like wound dressing and medical equipment. Immediate relief can be provided by mixing colloidal silver with water in case of bacterial vaginosis and cervicitis.

Side Effects of Colloidal Silver

Normally an individual is exposed to small amounts of silver every day which is present in the air, drinking water and food. This small amount is thought to be safe.

Argyria is a condition that develops due to the deposition of silver particles in the body and skin which leads to the blue-grey coloration of the skin. These particles can also deposit in intestines, kidneys and other organs.

The risk of developing argyria increases if silver is taken through food supplements or an individual works in a job that exposes him or her to a large amount of silver. It is thought that argyria develops when an individual ingests silver compounds over a long period. Colloidal silver also stimulates the production of melanin in skin and areas exposed to the sun to become increasingly discolored.

The risk of ingested nanoparticles is not known but is it said that these particles easily pass into the cells and cross the blood-brain barrier which may lead to probable health risks. The topical application of colloidal silver is thought to be safe as compared to ingested but if used frequently it may develop argyria or silver allergy.

Is it Worth Trying it?

The composition of colloidal silver products varies widely, so their effects also vary. Additionally, there is no known benefit of silver when it is taken orally. So knowing all the risks and unproven benefits, using colloidal silver is not a good idea.

Colloidal silver is a solution that consists of tiny silver particles. There are many benefits like it boosts the immune system, treats fungal, bacterial and viral infections, prevents various types of cancer, and cleans the gut. But there is very little evidence that supports its health benefits. Ingestion of large doses may cause various risks. So, a person should avoid it and should take other medications.

11 Amazing Tips to Wean your Child from Breastfeeding