A Guide for Thick White Discharge with No Smell

What is Vaginal Discharge?

Vaginal discharge is known to keep the vaginal tissues moist and lubricated. The production of vaginal discharge is determined by female reproductive hormones. It is acidic and therefore prevents the infection caused by various bacteria. Till the discharge is odorless or asymptomatic, one need not worry. For a healthy woman, every day a teaspoon of discharge is considered normal. 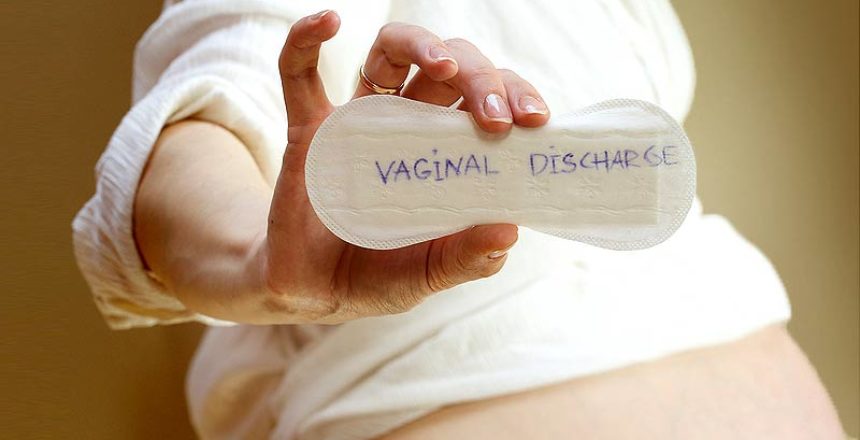 It is very common for a woman to have white-colored discharge throughout her menstrual cycle. This is known as leukorrhea and is considered normal. This kind of discharge may get thinner day by day towards ovulation (release of eggs from the ovary). At the time of ovulation, the discharge becomes mucus-like and very thick. This signifies that the woman is ovulating and more often many women use it as a natural indicator of fertility. A woman who desires to get pregnant should know that white thick discharge is a sign, and it’s time to indulge herself with inter-course with her partner.

During the initial days of the menstrual cycle, the woman may experience thin, milky white vaginal discharge and its consistency is seen as ‘egg white’ consistency. The thinner discharge is indicating the preparation of the body for ovulation and this is completely normal. When a woman is approaching her period, the discharge may become thick and opaque. While sometimes this may be a sign of pregnancy.

During early pregnancy, many women produce thin, milky white discharge due to hormonal changes that prepare the body for the next nine months of pregnancy. This discharge also helps in preventing the entry of bacteria, germ, or dirt and helps in the formation of mucus plug in the cervix. The thick white vaginal discharge without any odor is considered normal.

But if it is associated with any offensive odor then it indicates abnormal vaginal health. Specifically, if the discharge turns out to be grayish-white in color along with fishy odor, it is confirmed case of infection. Bacterial vaginosis has the milky white and gray discharge with bad odor as the commonest symptom.

A white, clumpy thick discharge indicates the woman may be experiencing a yeast infection. Though the pH of the vagina ensures a favorable environment for certain good bacteria to live inside it. But sometimes the balance is lost and other bad bacterias or fungi may also thrive in the vagina. The most common fungus to reside in the vagina is Candida albicans and it has the property to blossom quickly and develop into an infection. People with a yeast infection may have the following symptoms :

In this scenario, treatment is required. Prescribed medicines may help in treating moderate to severe infections. While on treatment, the woman should abstain from intercourse.

When a woman is not ovulating, her body produces thick and sticky vaginal discharge which acts as a barrier to the entry of sperm into the uterus via the cervix and vagina. Along with this, it may protect from bacteria that cause infection. This helps in preventing infections after the period and the increased amount washes away the bacteria or gems which could have posed any kind of risk to the woman’s vaginal health.

When to See a Doctor

A thick, white vaginal discharge without any odor indicates the health and wellness of a woman’s reproductive organs. But if the consistency change and unusual symptoms arise then it may be caused due to any underlying health issue. It is important to visit the doctor if the woman experiences the following symptoms :

A woman should be aware of healthy vaginal discharge and try to maintain it by following proper hygienic habits. If she develops any kind of symptom, she should consult a doctor soon for the treatment. 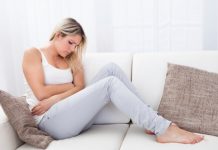 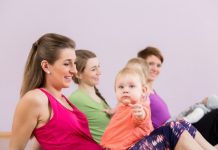