Calendula is a flowering plant. The flower of the plant is of therapeutic value. The plant contains a variety of chemicals, phenolic compounds, carotenoids, etc. The plant is used to prevent spasms of muscles, reduce fever and start menstrual periods. Cancer, sore throat, stomach, and duodenal ulcers can also be treated by this plant.

The following article tells you about the medicinal uses of calendula, its safety during pregnancy and its side effects.

Calendula During Pregnancy: Every Women Should Know

Are Marigolds the Same as Calendula?

Calendula is very different from Marigold which is commonly found in gardens of Europe, Western Asia, and the US. It is a seasonal flower which blooms in early spring. 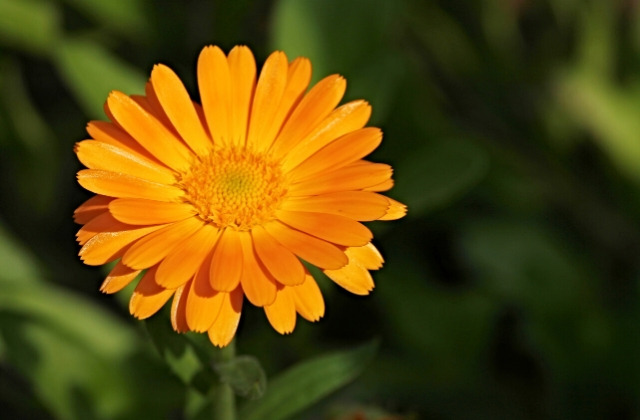 It is used as a wound-healing medicine suggested for ulcers, skin damage, frostbite, and ocular diseases. It is also employed in suspension or in tinctures for topical application to treat pimples, inflammation and smoothen and soothe the irritated skin tissues, treating yeast infections along.

Calendula is used in the following situations:

According to some research using calendula spray along with care and hygiene prevents infection in people who are suffering from long-term foot ulcers due to diabetes.

Using calendula tincture for rinsing the mouth for several months might decrease gum inflammation and bleed. Mouthwash which is made by combining calendula, rosemary, and ginger is very effective and decreases plaque, inflammation of gums and bleeding. The effectiveness of this combination mouthwash is similar to chlorhexidine mouthwash.

Infections of the Ear

Ear pain due to ear infections in children and teenagers can be reduced by using products that contain calendula, garlic, and St. John’s wort.

By applying gel which is made of calendula, isoflavones and lactic acid to vagina reduce vaginal itching, pain, burning, and dryness.

Leg ulcers that occur due to reduced blood circulation can be healed by calendula ointment.

Inflammation of the Skin

Calendula cream can be used as sunscreen and might reduce the chances of skin cancer. It also helps to treat radiation dermatitis.

Calendula can also be used to treat fever, cancer, muscle spasms, nose bleeding, infections of mouth and throat, etc. but for this more evidence is needed.

Is Calendula Safe During Pregnancy?

Consumption of calendula during pregnancy is not safe. It is believed to interfere with the conception and lead to miscarriage. If administered during the preimplantation and organogenic period it is found to be non-toxic but is responsible for causing a reduction in maternal weight if given during the fetal period. Women who are breastfeeding should also avoid the use of calendula because it is not safe for mother and baby both.

Is it Safe to Use Calendula Topically During Pregnancy?

The topical use of Calendula is often considered safe during pregnancy. It is a constituent of stretch mark removal oil which is effective and has no adverse reactions. Moreover, many topical creams and oils have calendula as an ingredient. Therefore, it is recommended to discuss with the doctor before using the cream or oil containing calendula.

Is Calendula Tea Safe During Pregnancy?

Water infuses of Calendula flower can initiate contractions of the uterus and induce labor.

Side Effects of Calendula

Other than being a little unsafe during pregnancy, there is no such specific side effect of calendula. It can cause dizziness when combined with other medications used while performing surgery or after surgery. Calendula should also be avoided orally with any sedative drug. It is better to consult a doctor before using Calendula during pregnancy. It is better to avoid it if possible.

Calendula can be used for the treatment of various infections and other conditions in the form of oil, ointment, cream, tincture, etc. But during pregnancy, it should be avoided because it is not as safe as it may cause abortion. And those who are allergic to plants of the family Asteraceae/ Compositae should also avoid its use.

7 Surprising Truths about Sex after Birth

Back labor: causes, symptoms, and management