Also termed as square or four-square breathing, box breathing is a great and straightforward technique used when taking deep and slow breaths. It can elevate concentration, focus, and performance and can also act as an effective way to relieve tension.

Those with demanding jobs, like police officers, nurses, doctors, and soldiers, often implement the technique when their bodies are in stressful situations. This is also appropriate for those looking to realign themselves or better their focus.

In the event of a lung condition like chronic obstructive pulmonary disease (COPD), box breathing can be particularly helpful.

Below are five benefits of the box breathing technique: 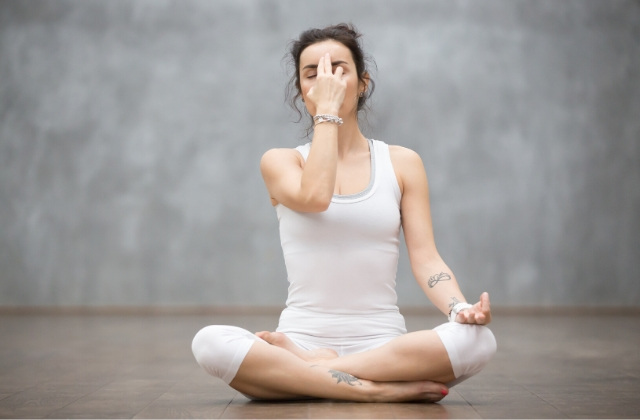 The production of hormones associated with stress, like cortisol, is greatly reduced by deep breathing techniques. Box breathing reduces excess stress, and functions as a nifty method to prevent accumulating any more stress than what can be handled.

Some studies have shown that breathing techniques such as box breathing can be quite effective in the reduction of anxiety and depression, leading to a much more relaxed state of mind.

Deliberate breathing intensifies oxygen flow through one’s circulatory system. Consequently, a large number of oxygen molecules attach to the hemoglobin in red blood cells. This helps your body in processing vitamins and vital nutrients. The typical practice of quick breathing utilizes a mere 50% of lung capacity. Such a gap leads to toxic residue in the lungs, which accumulates over time and reduces our natural energy. Box breathing and even other deep breathing techniques can account for 70% of the manner in which our body discharges toxins.

Studies have demonstrated that breathing techniques such as box breathing can usher in better focus and a more encouraging attitude in humans. Such studies also show that impulses are managed better, especially those linked with addictive behaviors, such as drinking and smoking.

While this effect happened in both short-term and long-term users of these exercises, it is more notable in long-term practitioners.

There are four simple steps in box breathing. However, the initial position is crucial in order to obtain the full positive effects of the technique. Sit in an upright position in a snug chair with both feet flat on the floor. Your surrounding environment should ideally be quiet and stress-free to help you focus. Your hands should be lying on your lap, relaxed and with the palms faced upwards. Finally, your spine should be straight to help in taking deep breaths.

When ready, begin with step 1.

Deliberately exhale through your mouth. This should get all the oxygen out of your lungs. Focus on this task and be alert of what you’re doing.

Inhale deeply and slowly through your nose to a count of four. Count to four slowly in your mind.

Let the air fill your lungs until they are completely full. You should feel the air moving into your abdomen.

Hold your breath for another deliberate count of four.

Exhale through your mouth for the same four-count, ejecting the air from your lungs as well as your abdomen.

A Capable App for Box Breathing

This app can be downloaded for Android and iOS devices. It consists of nine levels that can assist you in getting a stronghold on box breathing and incorporate it into your daily routine. It has partial and full audio reminders and tracks how you practice so you can understand how much time you devote to practice and adjust accordingly.

Other capable apps include Breathe 2 Relax and Universal Breathing, both available for Android and iOS. The first one was developed by the National Institute of Telehealth and Technology of the US Department of Defense and has a lot of timed breathing exercises along with a unique graph feature to determine where much of our stress starts from. The latter has a wide range of increasingly challenging exercises which can help you gain some complex breathing skills.

Simple and Common Truths about Depression

11 Symptoms of Chlamydia in Women