Environmental factors, exposure to pesticides, genetic factors, mutations passed down from parents, mitochondrial dysfunction, infections during pregnancy and social issues are some of the causes for autism in children.

7 Must Know Causes for Autism in Children

Parents concerned about the causes behind autism and the increase in the number of cases of autism suspected that autism developed due to mercury poisoning, diet, inability to use vitamins and minerals and side effects of vaccine. Of these, the most controversial are mercury poisoning and side effects of vaccines. In fact, many studies have been conducted showing that vaccines are 100% safer and do not cause or promote any diseases or disorders of any sort, particularly autism. (Gerber, Offit, 2009).

Pesticide exposure in pregnant women is believed to be one of the worst ways to induce disorders to the unborn child. Recent studies point that the rates of pesticide exposure in pregnant women is higher, particularly when the women use pesticide in and around their homes, on their pets and consuming food with such residues can result in several developmental issues for the unborn child. We might think that pregnant women being exposed to pesticides would be remote. But, contrary to popular belief, a survey showed that 83% of pregnant women in the US had detectable levels of pesticide residue in their system. Going further, animal studies on exposure to various pesticides and mercury showed a similar social withdrawal, particularly in the male species. (Shelton, Hertz-Picciotto, Pessah, 2012).

In the recent years, genetic studies are being conducted to know the exact biological causes behind autism. Though, the results are still inconclusive, researchers think that their research is headed in the right direction because of the present results have at least confirmed few suspicions about genetic factors in autism such as genes affecting various metabolisms in brain that might be behind autism.

Mutations passed down from parents

Another possible explanation for autism development has been linked with older parents. According to one study, the risk of mutation in older parents is much higher compared to young parents. When these mutations pass on to the next generation, the result could be the development of autism spectrum disorders.

Mitochondria is one of the major components in a cell. It is often called the ‘powerhouse of the cell’ because it helps in converting glucose into energy. If due to some reasons if the mitochondria do not work properly in cells, it can result in several diseases or disorders developing. Some of them include diabetes, Huntington’s disease, cancer, Alzheimer’s disease, Parkinson’s disease, Bipolar disease, Schizophrenia, aging and senescence, anxiety disorders, sarcopenia, etc.

Viral and microbial infections during the first and second trimesters of pregnancy can increase the risk of developing autism in the unborn child, one study has shown. The results suggest that infections during pregnancy may be triggering immune functions which seem to have a direct link with neurological development in the unborn child. The results are higher risks of mental and developmental disorders such as autistic spectrum disorders.

According to a study from the Harvard School of Public Health, women who were severely abused when young are three times more likely to have autistic children. Instances of severe abuse can include physical, emotional or even sexual abuse. The report says that abuse during the early years of life can have a deep impact on the brain and mind of the woman which can develop as autism in her child. This is a completely new discovery which is showing us a new dimension to the causes of autism. Researchers suspect that the girl who undergoes abuse will have an altered hypothalamic-pituitary-adrenal axis, altered immune system which in turn manipulate into higher risk of autism in the coming generation. 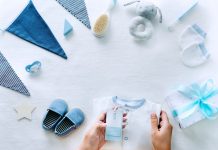 6 Ways To Get Free Baby Items 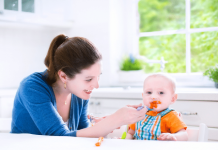 5 Tips for Starting Your Baby on Solid Foods 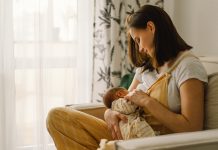 How Often Should You Expect Your Baby To Get Hungry?