Some of the must watch cartoons for kids include Dora, the explorer, Go Diego Go, Barney and Friends, Sesame Street, Sid The Science Kid, Arthur, Umizoomi, Super Why, Cosmic Quantum Ray, Wild Kratts and Mister Maker.

It’s the era of electronic media. There was an era, when as kids, we got to see cartoons and animations on TV only and in the weekends. But now with the boom in the television media, there are exclusive cartoon channels that cater to the ever-growing demands for cartoons. Parents are also happy subscribing to these channels. Kids are addicted to these channels. But how many of these animation series are good for our kids? How positively are they influencing our children? These are the questions parents need to ask and act upon.

11 Cartoons your kids must be watching

There are cartoons that do not contribute to kids in any way rather affect adversely. But then, there are few animations that teach kids good values, educate and inspire them to think and learn. Here are a few,

This little girl of seven, is on the move with her friends, exploring. She has tasks to complete and riddles and puzzles to solve and places to reach. Ready with her backpack and map, she sets out exploring and solving problems. This animation inspires kids to think, solve problems and learn things along the way.

Dora’s cousin Diego has a series named after him, ‘Go, Diego, go’. This little zoological expert takes kids on adventures, saving wild animals and on the way, giving information about them.

Barney, the friendly purple dinosaur and his pack of friends are full of fun. They come to life when there is a lesson to be taught or a value to be imparted. Barney teaches about colors, shapes, manners and relationships through songs and make-believe games.

Elmo and his band of friends form the main characters of this very popular Muppet show. Full of catchy songs and music, the show   not only entertains, but also helps kids learn along the way, numbers, shapes, sizes and good behavior.

Sid, an enthusiastic kid wakes up daily with a science related questions or doubt and the day is utilized in learning, exploring and experimenting about the subject. His inquisitiveness finds answers from his mother, teachers and kids who give him information that he is looking for and at the end of the day Sid has all his questions about science answered and with him, the kid viewers end up winners, too. This is a nice program to learn scientific facts and experiments.

It’s a fun filled animation series loaded with social skill lessons. The near to life situations and how Arthur and his family goes about solving it is a delight to watch and learn. The show deals with childhood difficulties like school, homework, sibling tiffs, bullying and how to face it all.

In this cartoon series, Milli and her older brother explore the world of mathematics. The series effortlessly teaches kids about number, shapes, measurements and simple addition and subtraction.

This sci-fi cartoon series with a backdrop of a fairy tale showcases four superheroes who explore the world of language. Each superhero takes up one branch of the language like vocabulary, rhyming, alphabets and spelling. It’s a beautiful way to evoke interest towards language, in kids.

The hero of this series, Robbie, along with his other cosmos friends explores the world of physics. The series loaded with lots of humor touches the theories of physics as the characters explore the space.

Wild Kratts is all about animals. This series colored with humor and adventure teaches kids about different species of animals but also their food habits, habitat and behavior. Developed by real life Zoologists, this show is a treasure trove for kids who love animals.

This is not an animation series, but a great stop-shop to learn simple crafts and artwork. Mr. Maker is a genius in making crafts and paintings in a simple and easy steps. His works are not time consuming and a great show to bring out the creativity in kids.

These shows, even if sometimes are off-air can easily be found on the internet. Kids have enough shows to keep them hooked to the Television. But how are they benefited by this is the big question. If the children are indeed addicted to television, parents then should know to control what they are watching. Children might as well watch shows that help them learn, experiment and broaden their horizons, while they sit glued to the TV. It’s a choice to make the television an idiot-box or a genius tool for learning. 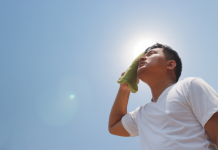 15 Amazing Substitutes for Egg in your Child’s Diet

101 Unique Baby Girl Names that Start with B