All You Need to Know about Internal Bleeding After C Section

Some possible complications of cesarean deliveries are – 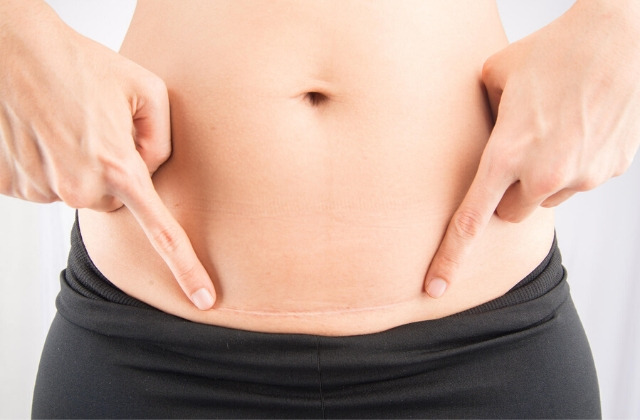 Signs of Internal Bleeding After a C-Section

Some common signs of internal bleeding after a c-section are –

Tachycardia or rapid heartbeat over 100 beats per minute is a classic sign of internal bleeding and hypovolemic shock. Because the blood volume drops, blood pressure is less than 90 mm Hg systolic. Breathing becomes rapid and gasps with respiration of 22 minute or more.

After delivery by c-section, all women are given a medication called oxytocin to help the uterus contract and stay firm, so bleeding doesn’t occur. If the uterus loses its tone and becomes flabby it’s known as uterine atony or a boggy uterus and large amounts of internal bleeding can occur rapidly. For this reason, the uterus is felt manually through the abdomen every hour or so for the first few hours after delivery.

Internal bleeding can make the women very pale. Hands and feet may be cold and clammy, the woman may be very sweaty

Because the cervix is soft and often somewhat dilated or open even after a planned cesarean delivery, blood can escape through the vagina. Women having cesarean sections still had vaginal bleeding called lochia, from the placental site after delivery. If bleeding becomes heavier than normal, saturating a pad an hour or if large clots are passed, however, internal bleeding should be considered.

Because blood flow to the kidneys is reduced, urine output may fall to less than 30 ml per hour. Most women have a foley catheter inserted for a cesarean delivery for bladder emptying and the urine output is checked every hour for the first few hours after delivery.

Does it Affect Future Pregnancies?

Things to Make Sure About Bleeding After C-Section

When to Call the Doctor?

If the bleeding becomes heavy again, after tapering off and the colour turns red it may be due to overexertion. However, if clotting continues even after resting for a few days, it might be due to some complications. Call the doctor immediately if –

Adequate postnatal care is important for both mother and baby. Make sure to take rest and avoid exerting to avoid complications. Consult the doctor if there are signs of ill-health.

Can You Use Hemp When Breastfeeding Or When You Are Pregnant?

Eating Blue Cheese During Pregnancy: Is It Safe?

11 Must Have Prenatal Pregnancy Superfood for a Healthy Body