Even mothers who have been through labour before can’t always tell when labor is starting. That’s because many of the early signs of labour are vague and easily misinterpreted.

The fetus shifts to a cephalic or head-down position, for its passage through the vaginal canal. The effects look as if the baby has dropped to a lower level. The bump on the woman looks as if it has dropped, giving some space between the breast and bump.

The drop of the fetus takes some pressure off the lungs but starts exerting pressure on the bladder instead. The urge to urinate increases as the fetus gets to the head-down position. The trips to the washroom will increase substantially. 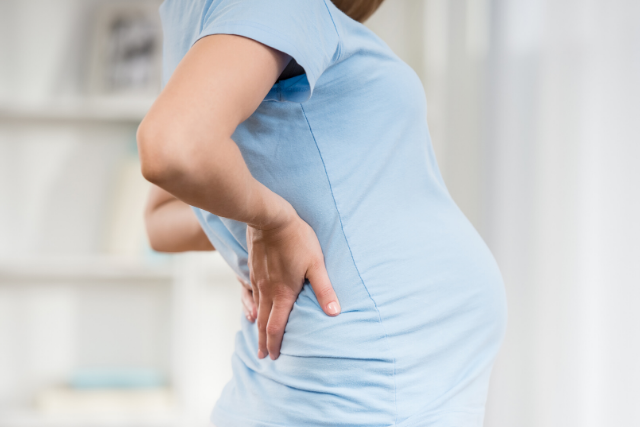 A mucus plug forms in the cervix during pregnancy. This thick gelatinous plug is secreted so as to keep the cervix moist and protected against bacteria. As the delivery date is coming near, the cervix begins to dilate. This process helping to loosens the mucus plug, which then dislodges itself. It can be colorless, brown, pink or even a bit bloodstained. Delivery is imminent after this but varies from a few days to a week or two. The plug is seen in the body when the cervix has softened and opened enough to let it go. Spotting is also known as bloody show which can accompany the plug and is usually normal.

The cervix is the lower part of the uterus that opens out or dilated to allow the child to be passed into the vaginal tract. When it dilates to 1 centimeter, there are chances that labor will come soon. It is difficult to detect this without an ultrasound or an examination by the doctor. The dilation continues to increase all the way to 10 centimeters before there is enough space for the baby to be pushed out of the uterus.

The Cervix Begins to Thin

The cervix is the lower part of the uterus which is elongated and closed and which is normally about 3 to 4 centimeters in length. It begins to thin or efface to allow dilation to take place. Contractions allow the thinning and dilation of the cervix when it is about 10 cm in length.

Back Pain Begins or Worsens

This pain is due to the position of the baby’s head. During labour, the head of the baby puts pressure on the tailbone of the mother in its attempt to move out. This pressure causes a severe backache.

This means that the baby is putting pressure on the birth canal. The contractions are in the form of soft rhythmic movements from the top to the lower part of the uterus in an attempt to push out the baby.

A Burst of Energy

There will be a burst of energy due to adrenaline and noradrenaline being pumped into the bloodstream. These are the fight or flight hormones that infuse a surge of energy for the last strong contractions which ultimately push out the baby.

It is a common condition to have the urge to poop with the onset of labor. The initial stages of labor might seem like an urge to pass bowels but as the pain intensifies both pains are distinguishable, so the bowels clear themselves out so as to clear space for the baby pushing against the pelvic girdle. The woman is advised to have an empty stomach, just before the onset of labor. In some cases, an enema is administered to the woman just when labor starts, because this avoids any fecal matter from being discharged during labor.

During pregnancy, the fetus is enclosed in a thin membrane sac of fluid called the amniotic sac. This keeps the fetus safe and in a pristine floating state. With the beginning of labor, this sac breaks, spilling out this colorless liquid. This is one of the signs of active labor and call a doctor.

If there are signs which feel like labor, don’t wait and contact the doctor as soon as possible.

36 Teen Pregnancy Facts and Statistics That Will Blow Your Mind