In recent times, we can see microalgae being added to supermarket foods from snack bars and pizza crusts to almost every green smoothie mix. But, we have a doubt whether this so-called superfood is worth the value-added pricing or not. So, let’s find out.

All You Need to Know about Microalgae

Microalgae also known as microphytes are unicellular species found in freshwater and marine systems. They are tiny photosynthetic plants that turn energy obtained from the Sun into sugars and proteins.

Phytoplankton a marine microalgae species are responsible for creating half of the world’s oxygen. Microalgae are also considered 20% more productive than the conventional crops. According to some researchers, microalgae are one of the most nutritional foods known to man.

Is Microalgae a Super-Food?

Microalgae have been a part of the human diet for thousands of years. Due to the lack of awareness, microalgae have turned into an under-exploited crop. Nevertheless, the numerous health benefits provided by microalgae are making it popular in the modern world. Microalgae are high in protein and have various bio-active components.

Microalgae contain higher amounts of pigments in comparison to the various available plant and floral species. The proteins derived from microalgae have complete Essential Amino Acids (EAA) profiles, which is higher compared to the conventional sources such as meat, poultry and dairy products. All these proteins and bio-active properties of microalgae are said to turn it into a super-food in the present and future world.

Can Algae be Eaten by Humans?

Algae are considered one of the oldest plants dating back about 3.5 million years ago. Our ancestors have been consuming microalgae since the time we may not estimate. Since algae contain high protein, carbohydrates, lipids and bio-active properties, consuming it is said to provide various health benefits and also eliminate some of the active ailments.

Spirulina plantesis,  Chlorella sp., Dunaliella terticola,  Dunaliela saline  and  Aphanizomenon flos–aquae, are some widely used algae species due to their high  nutritional values. Usually, microalgae derived foods are available in the form of capsules, powders, tablets, liquids and sometimes are mixed into candies, gums, cereal, noodles, wine and some beverages.

The following are the reasons why algae are a promising source of fuel, food and other products:

The proteins, vitamins, carbohydrates, and nutrients filled microalgae have different benefits for different parts of the body. But the widely popular Spirulina and Chlorella species have huge health benefits say the researchers.

Spirulina is a species of microalgae which is labeled as the ‘super food’ by World Health Organization (WHO). Spirulina is an excellent natural source of vitamin A, B1, B2 and B12, essential fatty acids, useful pigments such as  xanthophyll and  carotenoids, protein, omega-3 and omega-6 fatty acids. It also consists of various other minerals such as magnesium, manganese and potassium in small amounts. Spirulina reportedly helps lower LDL cholesterol and triglyceride levels, lower blood pressure, and control blood sugar. Supplementing spirulina in diet is reported to increase haemoglobin levels of red blood cells in older people and also effectively improves their immune system.

Chlorella species on the other side is considered as ‘healthy food’ and is marketed widely around the world. It comes with various health benefits from curing common illnesses to severe diseases such as Alzheimer’s and cancer.

Are Algae Pills, Powders, Liquids Good for you?

Dietary supplements sold in the form of capsules, powders, tablets, syrups etc are called nutraceuticals. It should be understood that the nutrition and bioactive concentration of fresh algae varies with that of the processed ones, i.e. heat drying, grinding, storage under light conditions and packaging atmosphere may reduce the nutritional values. In a research it was seen that the main bioactive compounds were highly reduced after heat treatments in edible algae. And in a different study, the  algae powders were found to be excellent sources of protein, amino acid, minerals, vitamin C, B12 and fucose content and their potential use as food supplements.

Every supplement of microalgae has its own limit of nutritional values. Therefore, choose the right one according to your need. Consulting a physician before using any dietary supplements will give you an insight into the right usage and the right method to take your supplements, be it in the form of pills, powders, or paste. Anything too much is good for nothing therefore; do not consume pills, powders, liquids or any other kind of supplements in excess just to resolve your diseases or deficiencies in one night.

Microalgae is the next superfood

How To Get Rid Of A UTI Within 24 Hours? 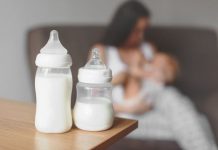 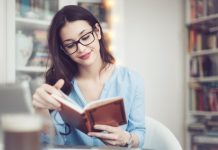 14 Must Know Foods that Fight Virus in Our Body